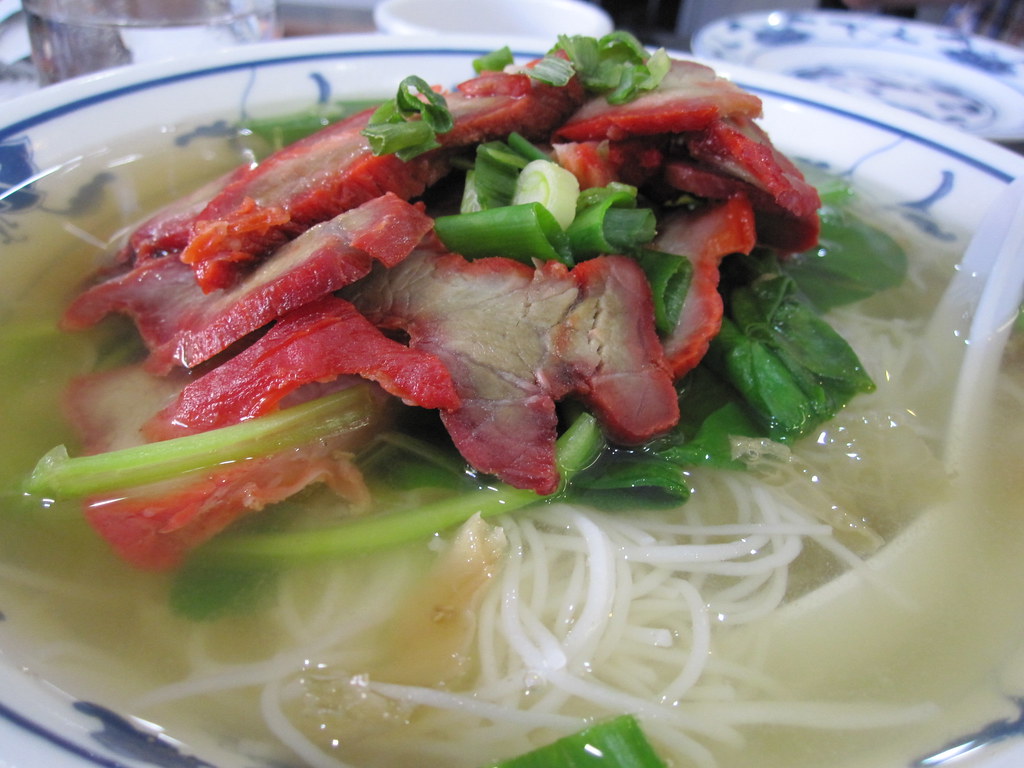 A Taste of Home – China

The famous (and arguably best) moment in Ratatouille sees the singular critic, Anton Ego transported back into his childhood memories upon swallowing the first bite of ratatouille – a dish humble in origins and ingredients. One bite is enough to exceed his demand for ‘perspective,’ and the critic is overcome with intense nostalgia, flung back into the warm sensation of being at home.

I am no high-maintenance food critic. But in Anton Ego’s experience, I can identify many of my own food-related memories – being transported back to a place or people simply through the taste and smell of a dish.

“The critic is overcome with intense nostalgia, flung back into the warm sensation of being at home”

Originally from Beijing, then moving to London and coming to study at Oxford, my experience of food has always been shaped by cravings for home – being in the UK meant that I pretty much permanently craved home-cooked Chinese food, like my grandma’s famous stone-pot aubergine, or my uncle’s soup noodles.

In primary school, some curious fellow pupils often asked me if I ate Chinese food every day for dinner. I would nod ‘yes,’ to which their eyes would light up and they proceeded to reel off lists of their Chinese favourites. Some of these were distinctively recognisable – dumplings, noodles, fried rice and the typical key players in Chinese cuisine. Scattered among these were some alien names, like ‘orange chicken,’ or ‘prawn toast.’ But I was initially pleased that my classmates seemed to share my enthusiasm for my country’s food. This changed when, for one school term, I switched to eating packed lunches. Friends leaned over to glimpse the contents of my lunchbox with unmasked curiosity, which often turned into disgust when they spied the strange, ambiguous contents. They saw no chunks of sweet and sour chicken, or pan-fried dumplings, but instead the tomato and egg stir-fry that my mother had lovingly prepared at 7am that morning, knowing it was my favourite and wanting to surprise me with a treat on the first day of term. As an awkward, shy and self-conscious ten year old, the wrinkled noses from my classmates led me to eat barely a few bites before pretending to push my mother’s beloved cooking away in disgust.

“They saw no chunks of sweet and sour chicken, or pan-fried dumplings, but instead the tomato and egg stir-fry my mother had lovingly prepared”

A decade later, I refuse to make any such efforts to fit in. And thankfully, after eighteen years in the UK, my family and I have to make fewer and fewer compromises to our food choices: Chinese cuisine in the UK has evolved far beyond the greasy contents of takeaway boxes. The evidence ranges from the hip, glittering restaurant windows of London’s Soho, to the ‘Asian cuisine’ aisle in Tesco’s – an aisle that is surprisingly well-stocked (if not slightly overpriced compared to Asian supermarkets) and the simple fact of its existence is an affirmation of progress.

I visited Oxford as a tourist at ten years old, with my grandma who was in the UK for the first time and insisted on Chinese food for every meal. It took some effort to find one Chinese restaurant, situated on the fringes of the town centre. When the waiters – who did not speak Mandarin – presented us with a menu boasting the likes of ‘sesame toast’ and ‘chow mien,’ my non-English-speaking grandma squinted at it through her reading-glasses in confusion. She eventually settled on a bowl of plain white rice with some stir-fried greens, clutching a cup of hot water and looking round at the bright-red and orange dishes that paraded from the kitchen with a mixture of suspicion and curiosity.

Now, as a student, I feel blessed with the range of options, thankful that the Chinese food here can actually recall a taste of home. The first restaurant I tried, Sojo, has now become a family favourite. I am lucky enough to be able to share a meal here with my parents, where they can speak their first-language with the waiters and read the menu without confused frowns. When my parents travelled back to China during term-time, I celebrated Lunar New Year with a few friends – some of whom were Chinese, others who were foodie-enthusiasts and ready to try anything. We were welcomed by the open-plan hall of My Sichuan restaurant, where tourist-groups, families and Chinese students clustered over deliciously spicy Chinese food, all under the stained-glass skylight of The Old School. Meanwhile, a few trips to the Asian supermarket in Cowley eventually bred a habit of pan-frying frozen dumplings for herds of hungry friends at the end of a night out.

“Now, as a student, I feel blessed with the range of options, thankful that the Chinese food here can actually recall a taste of home”

Long-gone is my primary-school experience. The change has been gradual, and is still continuing, but here in Oxford – where the domes and spires could hardly feel more removed from Beijing’s smoke-grey tower-blocks – I’ve found people and places who share the same love for the food of my country – not in any edited, compromised form but every-bit traceable to its far, far away roots.