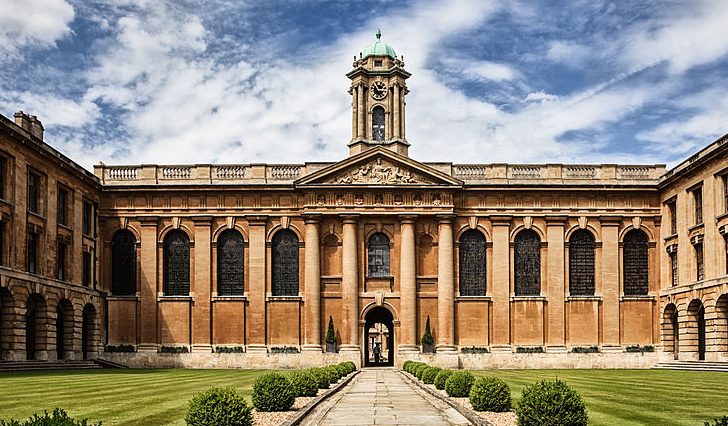 The Queen’s College has appointed a presiding fellow of the Eaglets Club to its Equalities Committee as a second harassment advisor.

The Eaglets is an exclusive, male-only, ‘secret’ dining society based in, but not affiliated to, The Queen’s College.

In a Governing Body meeting on 23rd January 2019, the Domestic Bursar informed members that a request by the Eaglets to use the New Dining Room for a dinner with Dr P.A. Tammaro, Fellow in Pharmacology, presiding was denied.

According to Queen’s guidelines, to book the New Dining Room a Senior Member must agree to attend and be present throughout the event. Without the agreement of a Senior Member, the group would not have been able to submit the appropriate booking form.

The dinner, which was to take place back in Michaelmas term, would have also contravened College policy that the Eaglets would not be able to host events on College grounds during term time.

In the same Governing Body meeting, Dr Tammaro, who was present, was appointed as a second harassment advisor on the Equalities Committee in an effort to ensure a female/male balance.

The role of the Harassment Advisor within the College is to “informally talk to individuals who might need advice and help that individual make a decision about how to proceed with a potential problem and to point them in the right direction.”

Several students at Queen’s told The Oxford Student that they suspected that Dr Tammaro was a member of the Eaglets.

One student said: “His [suspected] involvement with the Eaglets undermines his position on the Equalities Committee as the Club represents everything the Committee is supposed to stand against.

“It’s disappointing to see that Queen’s has failed to recognise this fundamental contradiction.”

When contacted for comment, the College Provost Paul Madden said: “Paolo Tammaro is a compassionate and thoughtful tutor, highly-regarded by his students, and I have every confidence in his ability to conduct the role of harassment advisor to all students. The profound care he takes in his teaching and pastoral support are exemplary.”

According to the minutes of the meeting, “[i]t was further agreed that any future event associated with the Eaglets Club outside of Term not have access to S.C.R. wine and not be treated as a private event hosted by a Fellow (even if booked by a Fellow), and that it instead be treated in the same way as any commercial booking, with the associated charges and restrictions.”

These events follow rumours in Michaelmas that the Eaglets had re-emerged to conduct their initiation ceremony of new members.

The JCR also gave the group the ultimatum to either become non-exclusive or disband, neither of which appear to have occurred.

Dr Tammaro did not respond when contacted for comment.