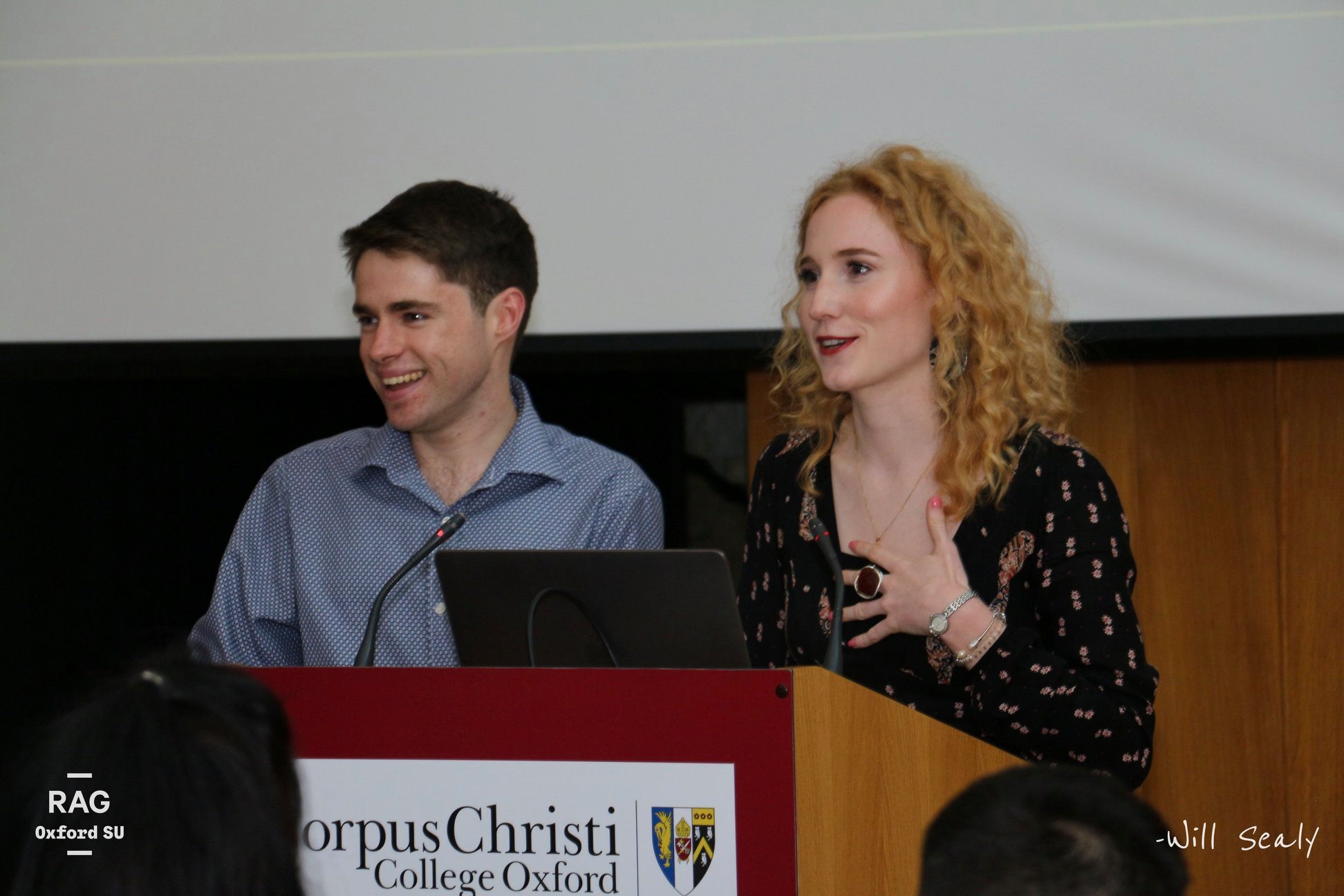 A light and joyful evening at Corpus Christi marked the inaugural SU charity awards. Rosanna Greenwood (former VP for Charities and community), and Ben Farmer (RAG president) hosted the event, the purpose of which was to give recognition to the enormous amounts of charity work undertaken by students at the university, and to dispel the myth that students don’t giving back to the local community.

There were eleven awards and four fund-raising totals that were announced, with a beautiful musical interlude from The Oxford Alternotives.

Some of the most memorable awards were top campaigner, which went to Lauren Blum, who came up with the What’s A Pound? campaign, which adds a pound onto ball tickets, and other events like the Varsity Trip in order to raise money for charity.

The award was shared with Fraser MacDonald who led the Movember campaign, which managed to raise £28,000 this past November.

Project Soup, which supports community projects whilst using food that would otherwise be thrown away to feed the local community, beat out 180 Degrees Consulting, UN women and Empower Her Voice for top campaigning group of the year.

Access and outreach volunteer of the year was awarded to Shona Gait, President of Oxford First Gen.

An inspring talk was given by Paul Roberts CEO of Aspire. He spoke of the ‘fierce urgency of now’ regarding community outreach work in Oxford, which has some of the largest wealth disparities in the country. For example, 10 of Oxford’s 83 neighbourhood areas are among the 20% most deprived areas in England.

His charity, Aspire, supports 1,500 people a year in Oxford and Oxfordshire, helping vulnerable people, like former criminals, refugees, homeless back into employment and independence. He noted that those who need Aspire’s help as increased 46% in the last year alone. He said, however, that he was hopeful about the upsurge in morally purposeful campaigns, like the Extinction Rebellion, and encouraged the audience to be part of the sea change we are being called upon to make.

Some incredible totals were also announced at the event. The estimated total for college fundraising was an amazing £137,776. Oxford RAG raised £37,358 in the year 2017-2018, and the grand total of Oxford student fundraising, including societies, clubs, colleges, and university wide campaigns was an estimated £423,690. As Rosanna pointed out, this was just the tip of the iceberg as this figure was represented only those who responded to the request for totals in time.

The first SU charity awards was a light hearted but deeply inspiring evening and showcased just how much Oxford students are able to give back to the local community.