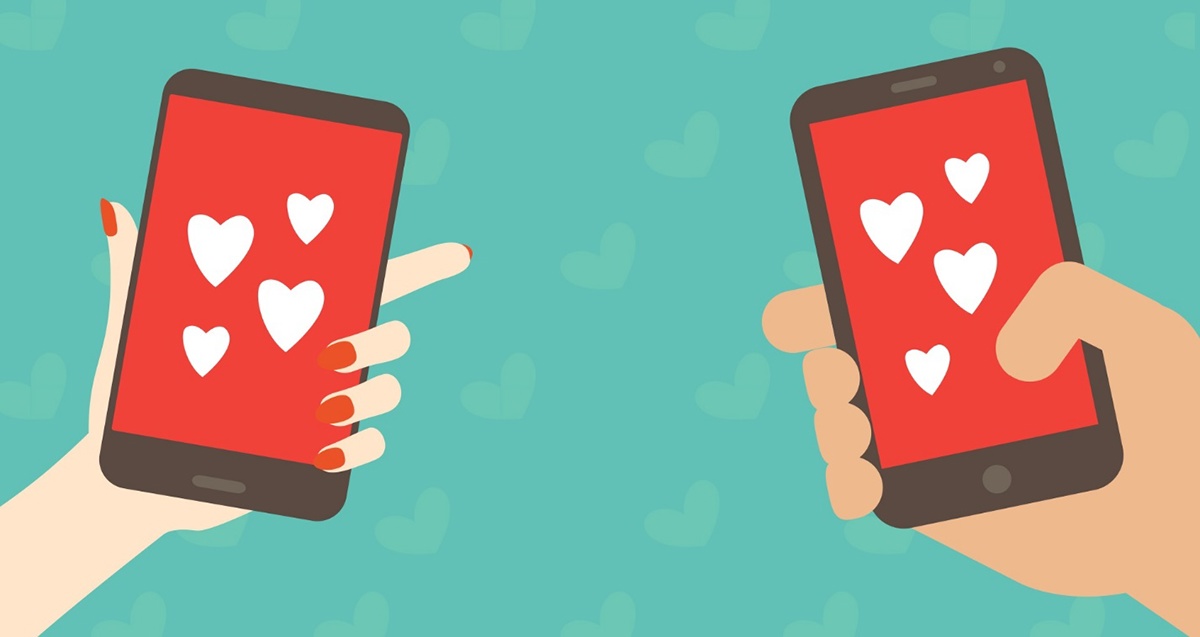 From Ads to Avenue of Chat: A History of Online Dating
Features
·19th May 2019

As an English student, I got the chance to live the exotic European life over the past year, more specifically in France and Portugal. Despite unexpectedly bagging myself a long-distance British boyfriend while in Paris, I got a chance to dabble in le Tinder français beforehand. And in Portugal, my amigo número um João has had the apps tried and tested on my behalf. In one word each, here is how I would generalise the dating experience in the three countries I know best. France: clingy; Portugal: DTF; Britain: awkward. Elaborations on these sweeping stereotypes await.

Other countries, for the purpose of this article, can be defined as France and Portugal: the only in which I have spent a significant amount of time dating and/or engaging in discourse on the topic. We have ‘un date’ and ‘um date’ in France and Portugal respectively – as neither have their own equivalents for the multi-faceted concept that is ‘the date’. Dating in Britain and France: been there, done that. Dating in Portugal: vicariously been there, done that, by proxy (my friend João.) Get ready for this tripartite down-low.

…here is how I would generalise the dating experience in the three countries I know best. France: clingy; Portugal: DTF; Britain: awkward

Apps. These days, there is next-to-no dating without them. The Tinders, Grindrs and Bumbles have, arguably, commodified romance. But the French and Portuguese, like us, have succumbed to swiping, in search of love in its many forms. My accounts saw both sides of the Channel, enriching both my language skills and my knowledge of dating abroad. But with or without recourse to online profiles, dating, as I have been led to believe, has in-built rules and conventions, wherever you are in the world.

Social media here comes into play once more – where would we be without it? Assuming this is a swiping scenario, things can go one of three ways, in France Portugal, and the UK. The person you’re talking to could be in it for one thing and one thing only (I have never received so many unsolicited pics as I did in Paris). For me, this was not on the agenda at that given stage, and thus would commence the unrelenting pleas that followed my rejection. Some guys still WhatsApp me now, eight, nine, ten months later. Thirsty Parisian men are not faint of heart in the way that British men seem to be. Now, maybe I struck unlucky, but nevertheless, practically no one would take non for an answer. That was the first possible scenario, now for the second: the chat just fizzles out because one of you (or both) just aren’t interested anymore. This is a universal occurrence. Third possibility: the conversation flows conveniently until one party is confident enough to propose a date, time and location for le premier rendezvous. Ideal and yet seemingly so much to ask.

Thirsty Parisian men are not faint of heart in the way that British men seem to be.

Drinks are a safe bet. Particularly in Paris, because every 20-something person is probably very busy with their third Master’s thesis or an ‘important’ job. I have been led to believe Lisbon is the same. Therefore, a mid-afternoon café is just not on the cards. As the newbie in the city, I would often let him pick the location. This would result in me trekking to establishments with varying range of price, until I got to know some of the bargain watering-holes for myself. And don’t even get me started on who pays. Apparently, Portuguese women take it as an affront to their independence if the bill is anything but halved. I would, at least, like a man to chivalrously offer to pay, before I, a strong feminist, decline (or accept if the student loan is slow to come in). I think I have spent more first dates in Britain over coffee. Maybe it’s because some of us find the question of what comes after 9pm drinks a little too awkward to handle. Seeing a match/crush/‘insert label here’ in daylight is also just more reassuring, I find.

But whether you sit in awkward silence, or the other person goes off on a lengthy self-elegising monologue, or you manage to hit a conversational sweet spot; like all good (and bad) things, the first date must come to an end. In Portugal, João says ‘it’s like a casino’. You have everything to gain, apparently, which speaks for itself. I have experienced very few first-date kisses in England and in France, it has tended to just be a polite bise goodbye. One can conclude, therefore, that the Portuguese are the most forthcoming of these nations where first dates are concerned.

I would, at least, like a man to chivalrously offer to pay, before I, a strong feminist, decline (or accept if the student loan is slow to come in).

As stated previously, the French men I encountered generally found it hard to let go. Alternatively, when I wasn’t the one demanding to cut ties, they either returned home to the provinces after a summer in the capital or ghosted me. Ghosting, evidently, is a multi-national phenomenon. In Britain, I have experienced both the tentative man too timid to make the first move, or, more crucially, admit he wasn’t feeling it. This doesn’t seem to be a problem the French have. Possibly, we’re too afraid to stray from the pre-determined script of courtesy and respect – although, having said that, there are many of our British brothers and sisters who would need to learn some good manners. In Portugal, my trusted insider tells me that if it goes… well, all the way, and pleasantly so, there is no reason why a second date shouldn’t follow. Straightforward really. Essentially, the French and Portuguese are upfront about their feelings. Some Brits clearly struggle in this department.

The second date becomes the third and so fo(u)rth, and before you know it you’re…seeing? going out with? each other.

Labels are strange because they purportedly play a big role. But what’s even in a name? The second date becomes the third and so fo(u)rth, and before you know it you’re…seeing? going out with? each other. But at some point, the conversation has to be had. “What are we? Because I like you, a lot.” The answer to this determines the future of what, until this point has been vague. “Oh we’re just friends with benefits,” is, as I have witnessed, a universal way to stamp on a vulnerable romantic’s pride. But sometimes the opposite happens. You distance yourself from someone you’ve realised you are not compatible with, and all of a sudden, their suppressed, soppy truth comes out. Let’s face it, the lead-up to any sort of relationship, wherever you are geographically, involves soldiering blindly on until one of you stops to ask the defining question.

Let’s make it official: dating is one big, grey area.