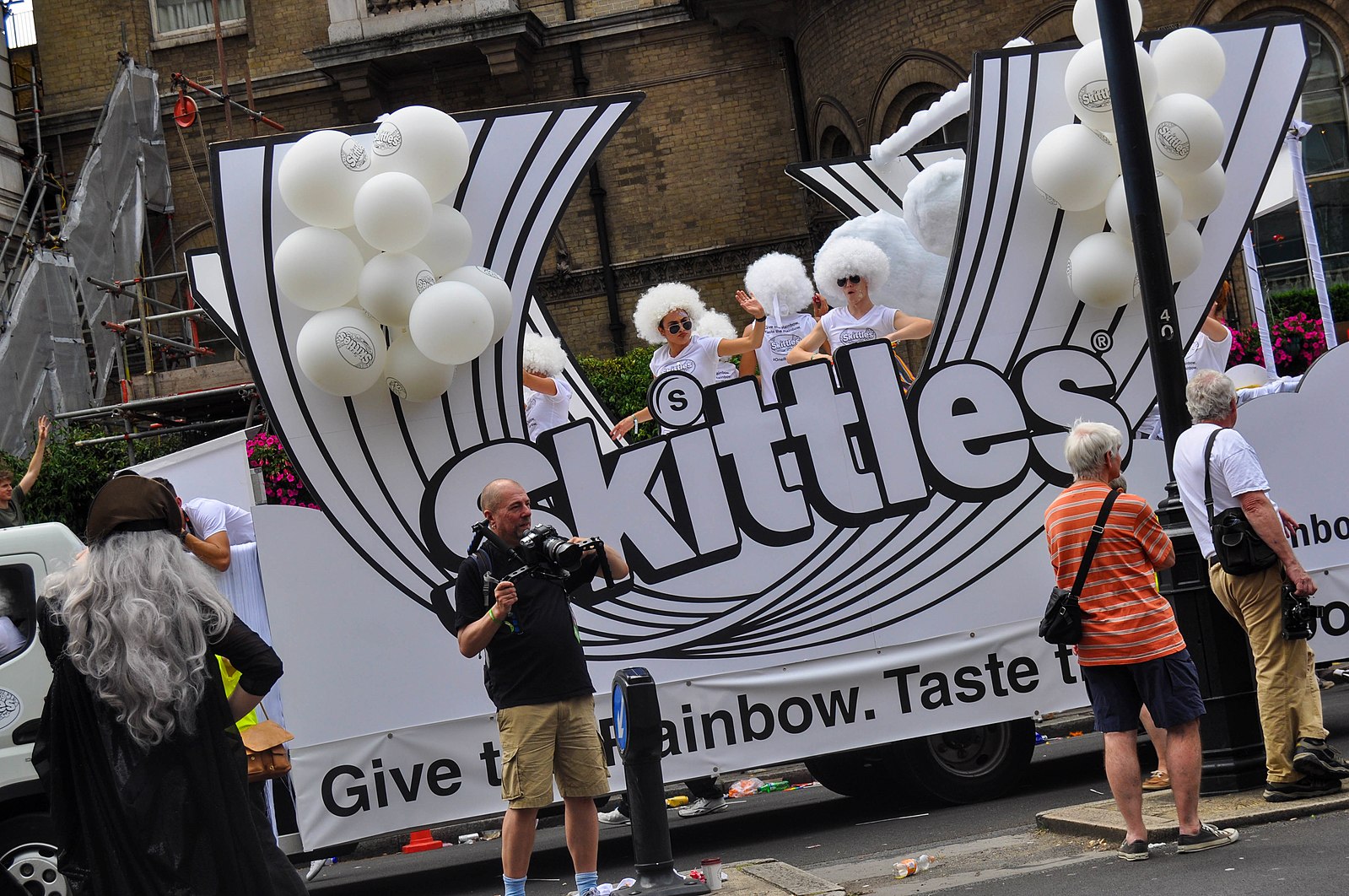 After the Supreme Court’s ruling in favour of same-sex marriage, 26 million Facebook users added rainbow stripes to their profile pictures to show support and allyship. After the Pulse shooting in Orlando, GLAAD released a similar filter of a rainbow flag and the words ‘We Are Orlando’. As much as these allow you to show your friends that you think gay people should have the same rights as everyone else and that shooting is wrong, what difference are we actually making?

And this is only the surface. Now that pride is ‘in’, companies have made it a part of their agenda to paint all their products with rainbows (except Skittles, who subversively took theirs out), and you can show your support with a Proud Whooper from Burger King and a bag of pride Doritos, while wearing your rainbow emblazoned Urban Outfitters T-shirt.

Now I’m not calling out anyone who just happened to jump on the rainbow bandwagon. Many of these companies do make donations to the LGBTQ+ cause. For example, all proceeds from the 2018 Converse pride collection went to the It Gets Better Project, RainbowYOUTH, and others. Similarly, the net proceeds from the Levi’s collection went to the Harvey Milk foundation and the Stonewall Community Foundation. And I do think it is important to have visibility and representation, even on a basic level like this. So it’s not all bad.

Now that pride is ‘in’, companies have made it a part of their agenda to paint all their products with rainbows

But what happens when you forget to support the community you’re supposedly representing? Nike’s pride collection featured an inverted pink symbol, which was originally used by the Nazis in World War II to identify LGBTQ+ individuals. Activists reclaimed the symbol in the 70s and it was used by the AIDS Coalition to Unleash Power (ACT UP) in their powerful campaign ‘Silence = Death’ in the 80s. But when it was discovered that Nike wasn’t doing anything to help the community, they received a tweet from ACT UP suggesting that they donate the proceeds to their work. Begrudgingly, I would think, they made their donation through their BETRUE fund.

I would challenge you to think carefully, however, about how far we are making a difference to the lives of LGBTQ+ people, how far we are effecting trans equality – how far we are correcting a history of sexualised and racialised hate crimes – with a rainbow filter and matching tote bag. Is slapping a rainbow on any applicable surface really going to help?

It gets worse. According to Project Queer, more than half of the 253 participants in the 2015 Chicago Pride Parade were corporations, businesses, and banks. In comparison, LGBTQ groups represented less than 10% of the participants. It feels like marginalised groups are being pushed to their margins of their own space – a deeply uncomfortable feeling. It’s time to attend vigils, not just parties.

And now the latest in a series of rainbow-streaked scandals: the M&S LGBT sandwich.  M&S has come under fire, accused of ‘cynical virtue-signalling’, something that seems to me all too common (again, Facebook filters come to mind). Regardless of the worthy cause being supported, the fact remains that it feels somewhat dismissive to reduce a sexual identity to a sandwich filling. As one friend of mine said, quite correctly, “I’m bisexual, not bacon.”