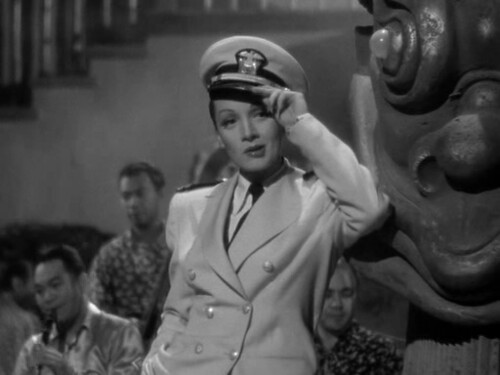 “Fashion is merely a form of ugliness so absolutely unbearable that we have to alter it every six months!” – so wrote Oscar Wilde in a newspaper article in 1885, one of many reflections on the subject of clothing during his prolific career.  It is commonly held that the image, in the Anglo-American cultural consciousness, of “the (male) homosexual” originates with Wilde after his infamous trials for ‘gross indecency’ (that is, being too gay for Victorian Britain). This is debatable, but Wilde is nonetheless an excellent place to start in a discussion of sartorial style and LGBTQ+ identities over the last hundred or so years.

In old photographs of him as an undergraduate at Magdalen, Wilde’s dress is little to behold.  He is fashionable, certainly, but does not stand out from his peers, despite being already very much of a BNOC (incidentally, alongside Oxford’s first black student, Christian Cole).  All this changes upon his tour of the United States (1882-83). Suddenly his hair is long and curled, he sports a fedora and a fur coat, and he’s showing off his calves in stockings and breeches.

People became obsessed with his appearance – particularly over his gender. His dainty, elegant look and demeanour caused many to posit that he was “really a woman”. At this time, this kind of ‘feminine’ behaviour marked him to the public not as a homosexual but, ironically, as a womaniser, and the switch was only consolidated with his own trial in 1895.  The dandy – the perfectly- and flamboyantly-dressed man – was thereafter closely associated with homosexuality.

His dainty, elegant look and demeanour caused many to posit that he was “really a woman”.

Thus, moving into the early 20th century, we see an interesting dual effect in consequence.  Hints at delicacy and femininity, and careful dress, became literary shorthand for queer male characters.  Take, for instance, Anthony Blanche in Evelyn Waugh’s Brideshead Revisited (1945), Oxford’s “aesthete par excellence” in his “colourful robes”, or Mr. McKee in F. Scott Fitzgerald’s The Great Gatsby (1925), who is described as “a pale feminine man … in the ‘artistic game’”, “beside [whose] bed” Nick Carraway ends up standing, with McKee “sitting up between the sheets, clad in his underwear”.  Consequently, those wishing to conceal their (still very much illegal) sexuality went to great lengths to style themselves as the opposite to the stereotype: growing a beard was particularly helpful.

At the opposite end of the spectrum, some people played up to the image and used it, quite remarkably, to their advantage. A career in the theatre, where such subversion of gender norms was expected, definitely helped, and it was thus that the immensely popular Noel Coward got away with it.  “Why am I always expected to wear a dressing-gown, smoke cigarettes in a long holder and say ‘Darling, how wonderful’?” Wit, charm, flamboyance, and yet an appeal even to the stiff-upper-lipped middle classes: Noel Coward, or Oscar Wilde at the height of his popularity?

Wit, charm, flamboyance, and yet an appeal even to the stiff-upper-lipped middle classes:

It is from such figures as these that we later had David Bowie, Stephen Fry, and now even icons like Jonathan Van Ness.  Despite the tragedy of his downfall, Wilde had helped create at least one touchstone of identity for the men being labelled – by medicine and the law – “homosexual”, and who were already beginning to demand equality and visibility as such.

But one hears much about the male tradition.  In the immortal words of Pride: “Where are my lesbians?”  A far shorter history of women’s freedom arguably means a similarly short history of self-presentation based on queer female identities, but women had their moment too,, and in interestingly similar circumstances.  1928 saw a number of famous faces, including Virginia Woolf and EM Forster, defending Radclyffe Hall in a highly-publicised obscenity trial for her novel The Well of Loneliness, a lesbian coming-of-age story about a girl named Stephen.

Women had increasingly been wearing ‘mannish’ clothing in the early decades of the twentieth century, drawing criticism from moralists but based on concerns not of homosexuality, but of a woman forgetting her place in society.  Only with Hall – who was always seen with short hair, collar-and-tie, and tailored suit – and her similarly-dressed protagonist did the image of the ‘masculine’ lesbian emerge in the public mind, but it stuck. The short hair and suits of the 1920s became again “absolutely unbearable”, and it was to be some decades before they re-emerged for women of all kinds in full force.

Another progenitor of the Queer-Woman-In-A-Suit look, however, was the bisexual German star of the silver screen, Marlene Dietrich.  With her perfectly coiffed hair and startling red lips, Dietrich was known for donning men’s suits, often cross-dressing in her films – and kissing women.  “I am at heart,” she once said, “a gentleman.”

These have been only a handful of historical figures whose personal style of dress has had an impact on conceptions of queer identities – both to wider society and the queer-identifying individual – and for the vast majority of their contemporaries, fashion was a case of fitting in with those around them for sheer safety’s sake.  Nevertheless, these, amongst others, were pioneers of LGBTQ+ style, and instrumental in forming possibilities of many queer identities as we think of, and experience, them today. Without Radclyffe Hall, would we have had Ellen DeGeneres? And without Oscar Wilde, would we ever have known the wonders of the ‘French tuck’?