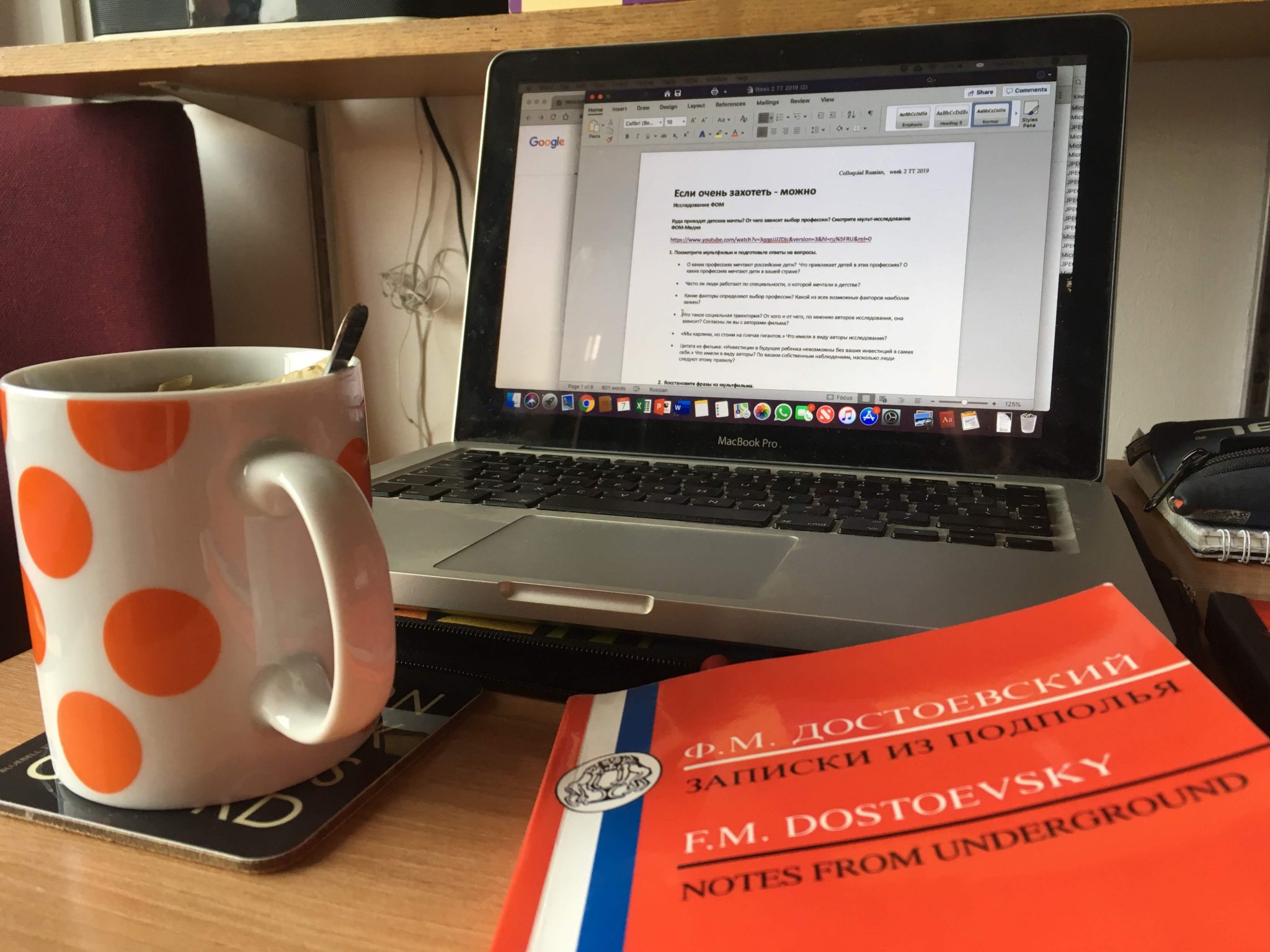 “No, I don’t read everything in Russian”: confessions of a 3rd-year languages student

“So, which coffee shop do you want to work in?” the presenter of Shark Tales asked an inebriated linguist, outside Park End on a cold February night which would have made Rasputin himself freeze stiff.

For those too young to remember, Shark Tales was a video series Cherwell used to do, which involved someone dressed up in a shark suit interviewing drunk people outside night clubs, typically Bridge or Park End. Not that the actual content of the series is what matters here. It’s more the fact that it ended about 2 years ago, and yet those words have stuck with me to this day. Indeed, anyone who has had the chutzpa to study languages at university at a time when they are increasingly marginalised on school curricula (one pretentious irregular plural…) is no stranger to such dismissive, condescending reactions from ignorami (two…), particularly since 2016, which saw perhaps the most memorable of all referenda (…three!).

Nonetheless, for those willing to appreciate one, a languages degree is a bit of a hidden gem in academia, an incredibly enriching, rewarding pursuit which develops a lot of skills at the same time. So, without further ado, let me take you through the course which had me, an initially self-conscious fresher without the slightest knowledge of Russian, confidently interpreting for my Dad and my landlady on my year abroad as they discussed perestroika and Gorbachev.

Ask a linguist how often they read foreign papers, how much they know about celebrities from the country of the language they study, or how many times a week they watch the most popular TV show in that country, and you are likely to be met with uncomfortable silence, and a pair of eyes which look guiltily down at the floor. We know. It’s probably not what you expected, and yes, we will watch the next episode. Why the ignorance, you ask? Surely someone who signs up to learn a language spends most of their time speaking, reading, listening and writing in that language, and can have a fluent conversation about the news, right?

When I got to Russia, I didn’t know the word for a toaster. I literally said “thing that makes bread warm,” and my landlady quickly understood me.

Well, funny story, that. Without delving too deep into Oxford’s history, the University’s philosophy on language-learning is a hangover from the methods which predominated during the medieval era and before. They place a higher premium on understanding how a language works than actual knowledge of it, and make studying literary texts as important as the linguistic scholarship, if not more so, with many languages students doing two essays per week in addition to four translations.

If you’ve ever heard that old cliché that doing languages is essentially doing an English Literature degree in another language, this is not an inaccurate comparison. But it’s closer to classics, given that most people are doing two languages at the same time and we spend a more time wrestling with grammar, translation and linguistic logic than English students do.

Put in the context of languages teaching at school in the UK, this presents certain challenges in first year. At school, by contrast, you normally do reading comprehensions, translations, listening exercises and debates in the foreign language, and spend a lot of time learning vocabulary. At no point will you need to write three essays in one week, each one requiring you to read at least a standard-length novel and some criticism in preparation. As well as your translations. And grammar work. It’s a pretty big change, particularly for people who haven’t done an essay-based subject at A Level.

But for all that, very few people regret their decision to do languages at Oxford, because the truth is, none of its peculiarities leaves you any worse off. The course focuses on understanding how language works, and not on knowing words, because once you get a feel for the language you’re speaking, it doesn’t really matter that much if you’re a bit wordless, and it is this instinctive feel for language that they’re looking for in a linguist.

For those willing to appreciate one, a languages degree is a bit of a hidden gem in academia, an incredibly enriching, rewarding pursuit which develops a lot of skills at the same time.

When I got to Russia, I didn’t know the word for a toaster. I literally said “thing that makes bread warm,” and my landlady quickly understood me. But if I tried to explain to a non-linguist the nebulous distinction between semelfactive verbs and multi-directional ones within the broader context of aspectual pairs and the fact that verbs of motion transcend the basic perfective-imperfective divide, we might be there for a while.

Couple that with a thorough grounding in the intellectual history and literary tradition of another country, and with the general “novel and essay per week” humanities degree structure, and you’ve got all the benefits of an Oxford humanities course and a thorough knowledge of at least one other language (usually two).

So, if you want to kill two birds with one stone on your CV, you like travelling, or you just really enjoying curling up with a good book at home, a languages degree is for you. They do so many things at once, and are arguably amongst the most underrated courses at Oxford.