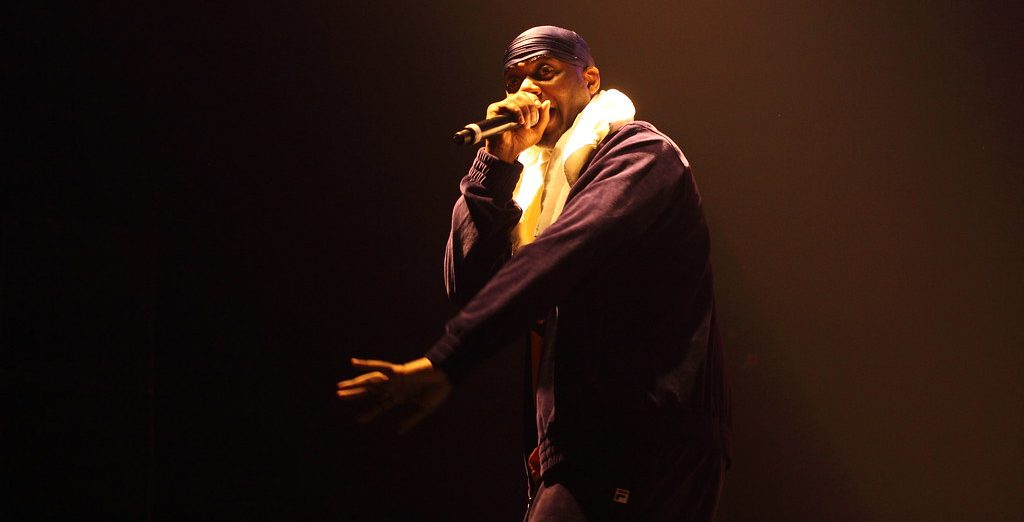 Wu-Tang is for the children: hip-hop’s positive legacy in America

‘Wu-Tang is for the children’.

This is what Wu-Tang’s Clan’s Russell Jones, better known by his stage name ‘Ol’ Dirty Bastard’, proclaimed at the 1998 Grammys.

Now, over twenty years later, on May 4th 2019, Wu-Tang Clan have had their very own district named after them, in their hometown of Staten Island, New York. Recognising their contribution and support for their local community, the corner between Targee Street and Vanderbilt Avenue has been renamed ‘Wu-Tang Clan District’. Debi Rose, the New York City Council member for Staten Island’s North Shore, explained the decision in a tweet, saying that the district is ‘a celebration of their inspiration to the world’, and that their music resonates with ‘young people who live in urban settings, young people whose neighborhoods are underserved, young people who face economic and social challenges’.

Hip-hop began as an underground, countercultural movement in the 1970s South Bronx, where the Cross Bronx Expressway had led to white flight and huge economic damage to the area; it was a form of expression and escape for the financially oppressed and exploited majority black community. Those credited with the birth of hip-hop in the 70s (such as DJ Kool Herc, Afrika Bambataa, Grandmaster Flash, among others), would surely have been surprised if one were to tell them then that their art form would later be immortalised by elected government officials, in the form of a recognised district. This is even more so the case when the historical treatment of hip-hop by the USA is considered: NWA have been investigated by the FBI, legal cases have been issued against hip-hop stars such as Tupac Shakur, and there have been multiple attempts at the censorship of hip-hop, such as 2 Live Crew’s 1989 album As Nasty As They Wanna Be.

Although hip-hop is still somewhat polemical, often criticised for its depictions of women or glorifications of lawlessness, it is important to recognise the positive impact it has had upon millions of lives around the globe. Nielsen Music’s 2017 year-end report showed that, for the first time, hip-hop had overtaken rock to become the most listened-to genre globally. This highlighted one indisputable fact: hip-hop is here to stay.

An undeniably different art form to what it was when it began in the 70s, hip-hop is now something commercially viable, far removed from the underground, pursued and funded by multi-million record label conglomerates around the world. What remains, however, is the ethos which continues to shape hip-hop. As a genre, it is one which champions the authenticity of artists, the struggles and gritty details of the underclass and the oppressed: this, coupled with the injection of record label funding since the 80s, has provided platforms and opportunities for those who traditionally would not have had a voice within the ruthless and nepotistic music industry.

Humble beginnings often form a key part of hip-hop artists success. Many who are now important and influential players in modern music (Drake, Nicki Minaj, Eminem, to name but a few), grew up in poverty. Whilst this is by no means true for all hip-hop artists, hip-hop as an artform continues to provide opportunities and aspirations in communities were dreams of commercial music success would otherwise be unimaginable. Before hip-hop, American charts were dominated by white-centric rock music (with the exception of a few black artists such as Chuck Berry and Little Richard), and it was hip-hop that gave black artists and black communities a significant foothold in the world of commercial music.

As well as providing opportunities and inspiration for those in underserved neighbourhoods around America, hip-hop has always been a platform for social activism. Few genres openly critique and question the status quo to the same extent as hip-hop: whether one looks at Grandmaster Flash and The Furious Five’s 1982 track ‘The Message’, or Kendrick Lamar’s 2017 song ‘XXX’, the underlying idea is the same: people should not be content with the ways things currently are. Additionally, many hip-hop stars are vocal supporters of social movements such as Black Lives Matter, and numerous artists make large philanthropic endeavours, such as Chance The Rapper and, returning to the opening paragraph, Wu-Tang Clan.

Including donating proceeds from their album ‘Once Upon a Time in Shaolin’ to charity, performing alongside peace activists in Chicago in 2017, they have their own charity, and partnered with StockX in 2018 to raise funds for the ‘Wu-Tang Foundation’.

By giving a voice to those so often denied it, as Wu-Tang Clan have done, communities’ issues which would otherwise be disregarded can be heard, and it is heart-warming to see the positive social change that hip-hop can bring being recognised by officials of the US government, which has for so long only seen one side of hip-hop.

Wu-Tang, it seems, is not just for the children: it is for everyone.