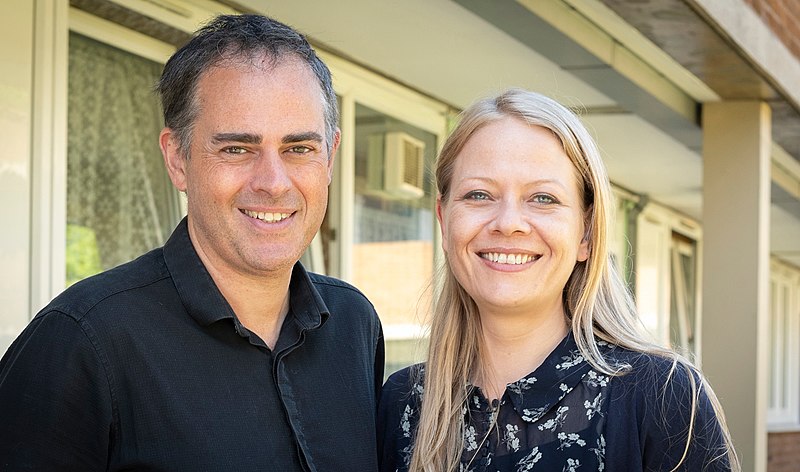 Why you should vote Green on Thursday

“But why should I vote Green? Isn’t that a wasted vote? I mean, the Green Party is great and everything, but it’s tiny and can’t make a difference.” This is the gist of what a lot of students say when I mention my involvement in the Green Party of England and Wales. These comments tend to have two underlying assumptions. Firstly, there is some sympathy or fondness for Green politics. Indeed, according to a May 2019 YouGov poll, the Greens are the party with the highest net favourability – at +9%, they are far more popular than the Lib Dems (-15%) or Labour (-35%). Secondly, people often assume that voting Green will not have an impact, either because their vote won’t translate into a seat or because the Greens are just too small as a party. I disagree: us Greens can and do have an impact. And with the EU elections on Thursday, it’s important to make that clear.

In terms of tackling the climate crisis, Green MEPs have been the driving force in the adoption of “clean energy for all” legislation defining how the EU and member states will put the Paris Climate Agreement into practice. And because of that action by Green MEPs, the European Parliament’s position on the Paris Climate Agreement is far broader and more ambitious than that of national governments. It’s Green MEPs who have pushed for a recognition that women are more adversely affected by climate change, ensuring that the European Parliament adopted a strong position recognising the intersection of climate breakdown and patriarchal power relations. And it’s thanks to Green MEPs that the European Parliament has adopted a definition of climate justice that highlights the threat to human rights and development, recognising that the immediate and enormous burden that climate change poses to some countries must be shared by all. The Greens are at the forefront of the fight for preserving our biodiversity, achieving an almost complete ban on bee-killing pesticides (neonicotinoids) to protect and save the rapidly declining bee population.

People often assume that voting Green will not have an impact, either because their vote won’t translate into a seat or because the Greens are just too small as a party.

To those that say the Green Party only focuses on the environment, it is worth highlighting a few examples of Greens fighting for a fairer and more just society. We recognise that climate breakdown cannot be separated from social justice issues. As Elise Benjamin, the Oxford-based second on the Green list for the Southeast Region, has pointed out: “If other politicians are afraid to stand up to those who peddle hatred and intolerance of migrants, how are they going to react when more and more people are forced out of their home countries as a result of climate change?”

The Greens have consistently and unequivocally celebrated freedom and movement and pushed for solidarity with refugees and asylum-seekers coming to Europe; they have also initiated a European Fund for Transition to help regions and sectors develop sustainable jobs and tackle unemployment. In other areas, the European Parliament is currently negotiating for non-transferable parental leave rights for both parents, well-paid paternity leave, and carers’ leave. The Greens have consistently fought for tax transparency and against tax avoidance through cross-border cooperation on taxation, through creating obligations for tax advisors to publish any cross-border tax-optimisation schemes they use.

Having established that electing Greens can make a political difference, the question remains: Given that many see these elections as a quasi-second referendum, isn’t it important to send a strong Remain signal? Wouldn’t it be better to, say, vote Liberal Democrat (or Labour) to show politicians that we want to have a People’s Vote, rather than wasting one on the Greens?

With regards to Labour, their policy on Brexit is notoriously ambiguous. Not only did Jeremy Corbyn call for the immediate triggering of Article 50 one day after the referendum – with no clear plan in place – the current policy of the Labour Party is to hold a People’s Vote as a sort of last resort.

What about the Lib Dems? First, I think it’s important to remember that it was Caroline Lucas who originally proposed a People’s Vote eight days after the referendum as part of a “six-point plan to start to mend post-referendum Britain”. Secondly, while the elections are not fully proportional, they are more proportional than the first past the post system. And a Green vote counts. In 2014, Molly Scott Cato was elected as Green MEP for the Southwest Region. The distance between her and the next UKIP candidate was just 1,000 votes; those 1,000 votes made the difference between a UKIP MEP and a Green MEP. The most reliable data from Best for Britain suggests that a similar situation is currently unfolding in the Southeast (which Oxford belongs to), just that this time a Green vote could make the difference between a Green MEP and one from the Brexit Party. As the Green Party is constantly marginalised in the media, it’s easy to play the tactical voting card. But it’s also fundamentally misleading.

Tactical issues aside, a Green vote will also do so much to tackle climate change and societal injustice. “The key difference between us and the Lib Dems”, MEP candidate Elise has underlined, “is that we are standing on a manifesto that rejects the economic model that is trashing our planet and fuelling poverty and hunger”. While the Lib Dems are merely saying “Bullocks to Brexit” in this election, we’re saying “Yes to Europe, No to Climate Change”. According to Vote Watch Europe’s ranking of the degree of support for environmentally progressive policy in the EU Parliament, EFA (the Green parliamentary group) ranks at 100%, compared to 57% for the S&D (the group Labour sits in) and only 20% for ALDE (the group the Lib Dems affiliates with). Voting Green offers you a unique opportunity other parties don’t: showing your support for tackling our climate breakdown, rejecting the free-market system that has facilitated it, and fighting for social justice.

The most reliable data from Best for Britain suggests that in the Southeast (which Oxford belongs to) a Green vote could make the difference between a Green MEP and one from the Brexit Party.

Voting Green is about more than simply rejecting other parties, however. We have a positive vision of our own. We are once again standing on a common manifesto with Greens across the EU, one that puts reform of the EU and tackling climate change as top priorities.  A manifesto that says: “A vote for the Greens is a vote for change. It is a vote to not let go of Europe, but to make it into what it was promised to be: a union not of selfish interests but of shared responsibility. A union not for financial gains for the few, but economic and social progress for all. A union that leads the world by protecting people and the planet.”

Greens are on the rise across Europe. The Finnish Green League now has 20 MPs following April’s general elections, Greens are in government in nine of sixteen German states, increased their share of MPs in Luxembourg by 50% last year, and have been successful in Belgium’s latest round of local elections. Voting Green is not a wasted vote. It’s time to ride the Green Wave.