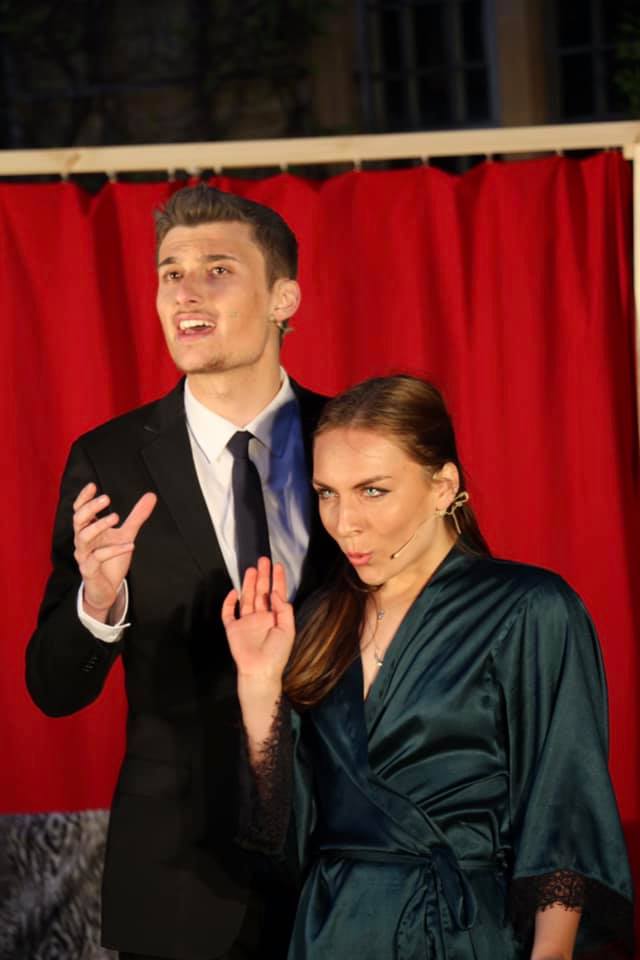 Adaptations of this musical have famously been met with varying degrees of success, but this modern version was charming. Full of sex, social satire and entangled relationships, just as it should be, it managed to give us characters that were hilarious caricatures and nuanced studies in human emotion simultaneously. That struck me early on as a very impressive balance to achieve, and the play’s natural transitioning from literally all singing, all dancing comedy (verging on farce) to moments of sobering introspection remained one of its best features throughout.

‘A Little Night Music’ concerns the tension between sexually frustrated lawyer Fredrik Egerman (Nathan De Giorgi) and his virgin trophy wife Anne (Jess Bradley). The resulting web of infidelities – Fredrik with actress Desiree Armfeldt (Emi Staniaszek), who is herself having an affair with Count Carl-Magnus Malcolm (Gavin Fleming), who is himself married to Countess Charlotte (Grace Albery), and so on – constitutes the main meat of the play and culminates in a weekend in the country at Madame Armfeldt’s estate.

Emi Staniaszek played a shamelessly sexual but emotionally sensitive Desiree and Gavin Fleming also stood out for his performance of the stiff, booming and hypocritical Count whose exit from the stage with his trousers round his knees, at one point, had the audience nearly hysterical. Meanwhile the bespectacled Henrik Egerman (Joe Winter), unlucky in love, chronically over-serious and with his head buried in a book from the outset, was an amusingly familiar character to the student-dominated audience, who giggled knowingly at his tortured desire to ‘make a difference’.

Had there been no props and no costumes whatsoever, it still would have been difficult not to feel, surrounded by the flowering gardens of Queen’s College, as if one was on an idyllic weekend in the country oneself. And it still would have been difficult not to feel like a fly on the wall while the trip took a melancholy turn as Staniaszek performed a heartbreakingly defeated rendition of ‘Send in the Clowns’ and the daylight dimmed behind us. The staging was, in fact, minimal and effective and the costumes worked well in bringing the 1900 Sweden setting of the original into the present day.

Barring a few unfortunate technical difficulties, this was an extremely professional production from the Eglesfield Musical Society. From parody to poignancy and back again, it walked the perfect line between farce and genuinely thought-provoking drama, with an orchestra gently playing Sondheim’s atmospheric music in the background all the while. I highly recommend catching this before the end of the week.