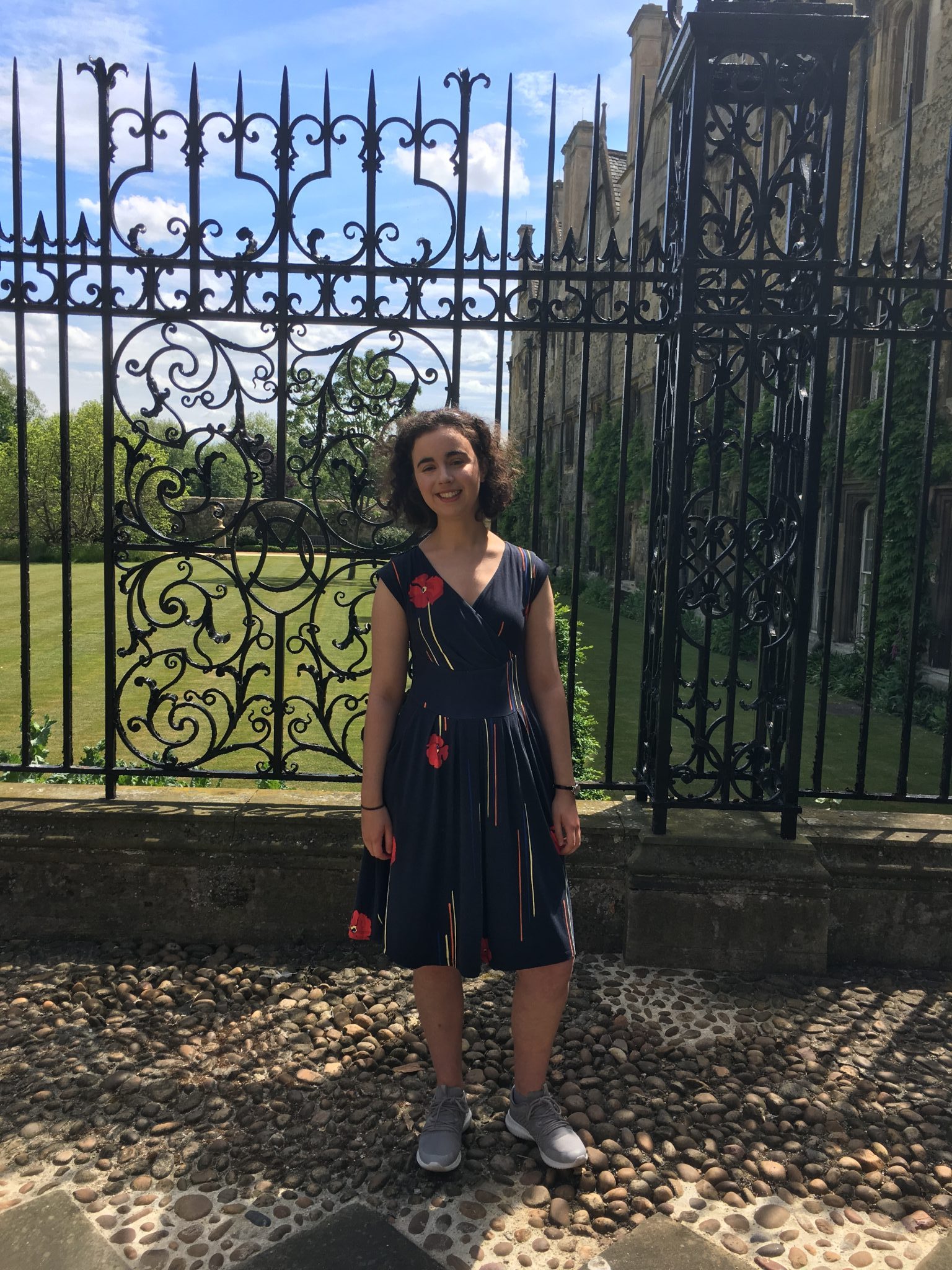 Leonie Woodland is a third-year at Merton College who lead the Merton team in the University Challenge final of 2018. The team played against St John’s College, Cambridge, who were victorious in winning the overall competition with a score of 145-100. However, the Merton Team excelled throughout the whole competition, Leonie particularly catching attention due to her exceptional performance as the younger member of the team made up of Alex Peplow, Edward Thomas, and Akira Wiberg.

Can you tell me about the process of selection for University Challenge?

At that time information and returning officer, a position on the JCR Committee, happened to run the bar quiz for reasons that I don’t know, so they were put in charge of choosing the University Challenge team. They emailed around about an initial round of selections here in the JCR and about 30 people turned up. We did a short written test and then a couple of days later I bumped into this person in the pidge room and she told me that I’d come in the top few and asked me to come for callbacks. So she organised a round of callbacks in the bar and the top 8 people got to come back and do another written test, then she took the top 5 people from that.

How did you prepare for University Challenge?

We all got together and we made a big list of basically all of the lists that you can learn. Obviously there are some things that are not part of the lists but there are quite a lot of things that come up that are. So, for example, if there is someone on the team who knows all the kings and queens of England and dates to match, then when questions come up of that form, and a lot do come up, you will be able to answer it. So we made this list, split it up between us, went away and tried to memorise them. We also went to the Oxford University Quiz Society to play against other teams, we also watched a lot of YouTube videos of University Challenge episodes. We were really rigorous of how we prepared.

We’re all older and wiser now, I was only a fresher at the time, it was very nerve-wracking.

What was the highlight of your experience?

Did you have much chance to interact with other University Challenge teams?

In the Green Room before hand we got to talk to them a bit. Recordings were done in blocks of two and if you were the second film of the block you got to talk to the other team more because you were in the Green Room with them for a while. It also depended on how friendly the other team was, some were friendlier than others. We didn’t really see St John’s before hand, the final is different because there are the two semi-finals and the final all in the same day.

If you could do anything differently what would you do?

I don’t think that there is anything differently we could have done to change the outcome other than try to keep calm, but that’s something that you can’t really do. We’re all older and wiser now, I was only a fresher at the time, it was very nerve-wracking.

This is going to sound cheesy but [the highlight of the experience was] the people that we met along the way.

I have seen claims online that University Challenge is still very private school focused and doesn’t represent a range of backgrounds, what is your opinion on this?

The thing is that University Challenge rewards having a certain cultural capital and if you have grown up in a house with educated parents, lived in an area with lots of museums, or gone to a private school, these are all privileges that can help you acquire cultural capital as you go about your everyday life so it is easier, it’s an aspect of privilege.

If you were to give advice to a student who is going to partake in University Challenge what would you say?

I’d say don’t take it too seriously because the way it works is that often a lot of good teams get knocked out early because they have to play other good teams, and this means that often less good teams get through because they’re playing less good teams. This means that how far you get isn’t necessarily a reflection of how good you are, that’s what I would genuinely say to people. I would also recommend them to come meet other quizzers at the Oxford University Quiz Society. It’s a great way to get better and they’re all a lovely bunch, that’s how I’ve met most of my friends.