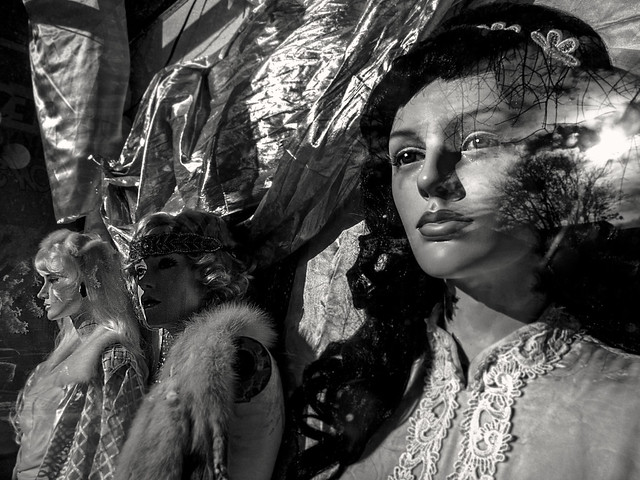 Us, Pet Sematary, and the horror of the uncanny

This article discusses Pet Sematary and Us with spoilers

Freud and Jentsch both had ideas about why something uncanny was frightening. Freud, of course, thought it all went back to the “mother’s genitals”. Jentsch, more interestingly, thought fear started “when there is intellectual uncertainty over whether an object is alive or not, and when an inanimate object becomes too much like an animate one”. From the zombie to Mr Hyde, hundreds of uncanny horror monsters emerge from the blurry line between the dead and alive, and the human and inhuman.

In Pet Sematary, yet another film adaptation of a classic Stephen King novel, any animal buried in the titular graveyard is resurrected. The horror kicks in when a grieving father buries his young daughter, Ellie, in the Pet Sematary and has to deal with her coming back strange and murderous. The film’s tagline is ‘They don’t come back the same’. The classic zombie – the living dead – already exists at an uncanny intersection of life and death. But Pet Sematary dials up the uncanny factor drastically. By making a zombie out of a child, the movie uncomfortably mixes youth and death. By making a zombie out of the protagonist’s child in particular, the movie blurs her inhumanity and her personal connection to the other characters. The villain of Pet Sematary is at the perfect, frightening balance between familiar and unfamiliar, alive and dead, friend and foe.

The filmmakers were aware that making the film scary required the right degree of the uncanny. In King’s original novel and its first film adaptation, the zombie was the three-year-old son instead of the eleven-year-old daughter. Directors Kevin Kölsch and Dennis Widmyer have indicated the change was rooted in their pursuit of the uncanny. They have spoken about how portraying a friendship between Ellie and her elderly neighbour Jud – a friendship which obviously couldn’t play out with a three-year-old – makes it more frightening when a zombified Ellie tries to harm Jud later in the film; the more friendly and familiar a character appears, the greater the sense of the uncanny when they act in unfamiliar and villainous ways.

Us, this year’s release from the comedian-turned-horror-auteur Jordan Peele, also finds fright in the uncanny. The film re-examines the plot of a classic Twilight Zone episode, Mirror Image, in which a young woman encounters her doppelgänger, through a violent and nightmarish lens. In the movie, a holidaying family of four encounter their own doppelgängers and quickly find themselves fighting for their lives. Most of the scary moments would work in any slasher thriller, but they get another edge from the fact that the slashers mirror the victims. The cast, led by Black Panther alumni Lupita Nyong’o and Winston Duke, are impressive as they pull double duty, especially Nyong’o as both a traumatised and protective mother and her counterpart, the leader of the monstrous ‘Tethered’.

Us is deliciously frightening, but people expect more from a Jordan Peele horror film than just frightening. Peele’s 2017 directorial debut Get Out wasn’t only scary – it also steered America’s conversation about modern black oppression and established Peele’s place as a heavyweight thinker about blackness: the Ta-Nehisi Coates of Hollywood. The Oscar winning script was lauded for building a horror narrative around racial tensions and microaggressions; Get Out featured in internet memes, rap lyrics and even a course from the University of California’s Department of African American Studies. After Get Out, it’s no wonder that critics have been digging into Us, looking for incisive and insightful commentary from the thinking man’s horror director.

Much as Get Out mined horror from the gulf between its white characters – the rich elite – and black characters – their servants, guests and victims – Us revolves around the dichotomy of the powerful and the subalterns. The Tethered clearly represent oppressed groups: they live underground, all but one are voiceless and they are dressed in red, the colour of bloodshed and revolution. Dig around on the Internet and you can find articles comparing them to black people, the mentally ill, the homeless or the victims of American imperialism. But what is Peele saying by making the victims of oppression the villains of the film? And what does he mean by giving them the same faces as their victims?

The twist ending is that Nyong’o’s two characters were switched as children: the monster began as a human and the human began as a monster. This surely suggests that there is no meaningful distinction in Us between a person and their double. Peele has said of the movie: “This movie’s about maybe the monster is you.” By giving his heroes and monsters the same faces and by giving his killers a sympathetic background, Peele makes the audience step back and reflect on the blurry line between victim and villain. For him and other horror directors, the uncanny valley is where our humanity can be lost and found.