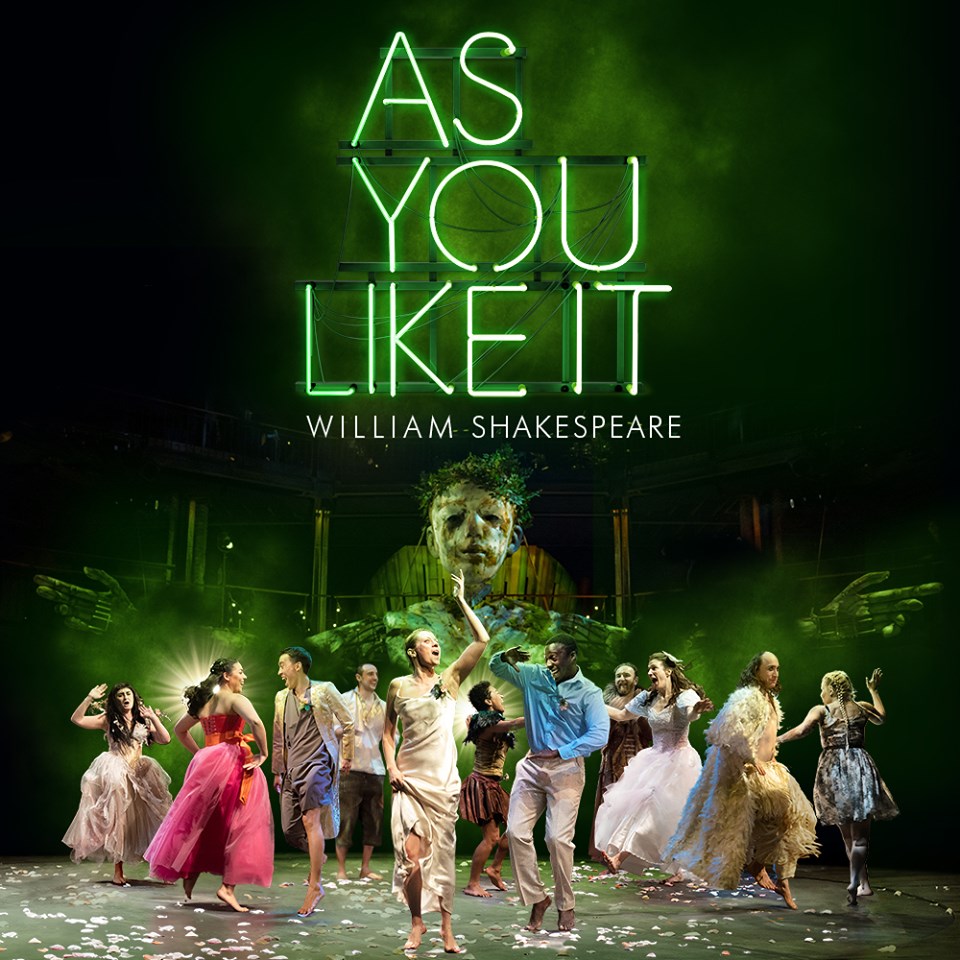 Shakespeare but not as I like it – critiquing the contemporary

I went to see As You Like It at Stratford-upon-Avon a couple of weeks ago, which is running at the Royal Shakespeare Theatre until the end of August. Unfortunately the play is far from Shakespeare as I like it.

The problem lies in the production’s sheer business – there is a glitter-sprinkling, spangle-vested jester, a descending disco ball, and audience interaction a-far too-plenty. The costumes are an ugly mishmash of suits, Victorian lounge wear, rustic garb, and gaudy drag, laboriously but inconsistently marking the shift from urban to pastoral scape, and there is practically no scenery at all until they wheel out a massive and disturbing puppet right at the end to play the role of Hymen. The story is smudged under all the glitz and they in no way capture any of the magic of the Forest of Arden.

Perhaps the greatest problem however is the gender-swapping. The play proves a prime example of what not to do when it comes to gender: the swaps are clumsy and seemingly pointless, and they fudge the flexibilities that are actually in the play.

For instance, the Shepherd Silvius becomes a female Shepherdess Silvia, which adds a bisexual axis to the love triangle between Silvius, who loves Phebe, who loves “Ganymede” (Rosalind disguised as a man). Or rather, it does not “add” the bisexual twist at all, because the sexual flexibility is already there.

Whoever denies that Shakespeare was interested in sexual spectrums is kidding themselves. The comedies are packed with same-sex attraction hidden under veils of varying transparency; Rosalind dressing up as Ganymede and a young woman falling in love with her echoes examples throughout the canon of love defying the flimsy bounds of gender and heterosexuality. Who really believes that Duke Orsino only falls in love with Viola when it transpires she is a woman? Beatrice’s demand that Benedick murders his closest male friend smacks of sexual jealousy, and there is surely more than friendship at play between Antonio and Bassanio in The Merchant of Venice.

Do we really need these subtleties to be carved out on stage with heavy-handed alterations to the characters? Sexuality starts to feel oddly quantified if the best way we can express fluidity is to put gender firmly into two boxes that can be swapped and changed for the sake of entertainment.

Audiences are aware that homosexuality was illegal and socially condemned when Shakespeare wrote the plays. When we see something like “Silvia” pursuing a woman it is very obvious that someone has changed the script – and then we start wondering what else deviates from the original, and before you know it we have lost track of what is happening on stage. There is no apparent reason for the gender swapping in this production, other than to offer an “original” outlook – and if we are assuming that the audience is unfamiliar enough with the play not to be confused by awkward character shifts, what is the point of altering it at all?

There really is nothing that Shakespeare did not think of. New interpretations are all inspired from the same old texts, so why not keep it simple and draw on the ambiguities that make the plays fascinating rather than isolating one angle to the exclusion of all contextual possibilities? We do not need to change the plays to make them relevant to everyone. It is Shakespeare’s creative flexibility that makes his work universal – so please, RSC, let the words speak for themselves.