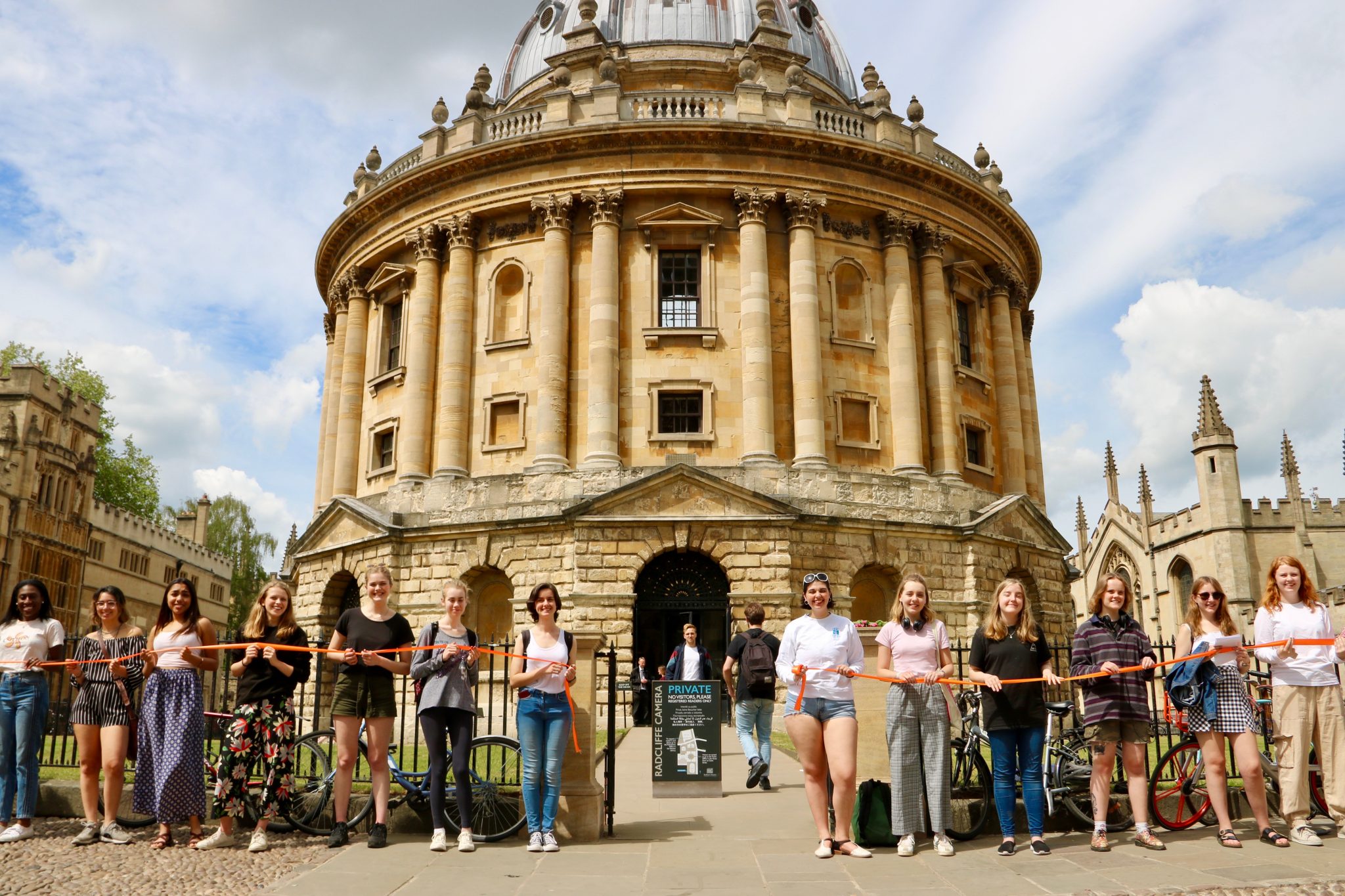 The UNWoman Oxford surrounded the Radcliffe Camera in orange ribbon for their Draw the Line campaign. The event was to symbolize solidarity against gender based violence, especially in the Oxford area. The #DrawtheLine campaign addressed the recent sexual offences against people within Oxford (“two against men and one against a woman”), and the two incidents of rape on Turl Street.

The campaign is not exclusively against cis-female violence, as it also stands against violence committed against all genders, specifically including male and transgender.

The event started off without a hitch with the members of the UNWoman providing cupcakes, drinks, and facepaint. However, at 2pm when the time came to wrap the ribbon around the Radcliffe, security staff from the History Faculty Library came outside to stop the event. The staff member first came outside, questioning the women gathered outside the entrance to show the Bod cards to prove that they were readers of the library. UNWoman President, Cyara Chaska, stepped in to explain the event and the situation, to which the staff member left to get his supervisor.

The main concern of the event was that it would block readers of the History Faculty Library from entering the building, although the campaign members assured readers would be able to get in and out.

The ribbon was then taken to be tied around the outer gate of the Radcliffe where the members of the UNWoman and other volunteers stood outside holding the orange ribbon.  Although the supervisor arrived, the event was not faced with other interruptions.

After about ten minutes of solidarity outside the Radcliffe, the group dispersed and removed the ribbon from the gate.