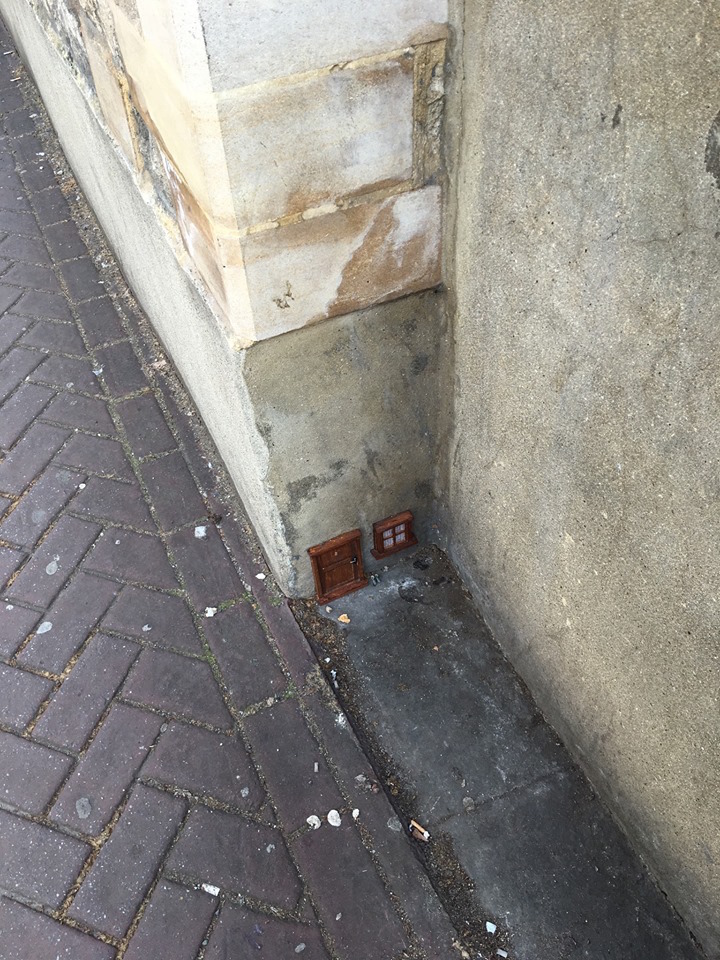 A mystery artist or group of artists, known as Dinky Doors, have been leaving miniature doll-house-style doors around Cambridge. It seems they have now decided to visit Oxford’s own Little Clarendon Street.

The idea behind the project is to “open doors of hope to other worlds”: keep your eyes open and you might just stumble across one!

The artist cleverly mimics real-life doors, most notably that of 10 Downing Street. In the busy flurry of Oxford, it is a delight to be able to appreciate small, delicate, playful artworks such as this. The viewer’s engagement with the artwork – that is, the necessity of their finding it – almost make Dinky Doors a performative piece.

The doors first began appearing in Cambridge. The homage to 10 Downing Street was placed on Cambridge’s own Downing Street; Cambridge’s ‘Reality Check Point’ was adorned with a ‘Reality Checker’ door; and, perhaps most wonderfully of all, a door to a Teleport-o-Matic machine was installed in the market square. The placement of the doors shows a high level of attention to detail – impressive for an artist who deals in miniature pieces.

These miniature works throw the question of legality in sharp relief. One might think that it would surely take an incredibly bureaucratic official to remove such small and seemingly harmless installations, but art in public spaces has long been lambasted by the authorities. This may be as a result of the connection to graffiti in the public mind, or it may simply be the idea of personal taste being pasted onto town property.

The anonymous artist has said that their aim is to allow sneak peeks into “other worlds”: ones of “beauty, happiness, wonder, kindness and love”. Whether a set of miniature doors can achieve this is up to the engagement of each passer-by, whose attention to detail will be rewarded if only they look a little closer.

A second set of doors has recently been discovered at the bottom of Cornmarket Street so fans across Oxford will want to keep their eyes peeled.