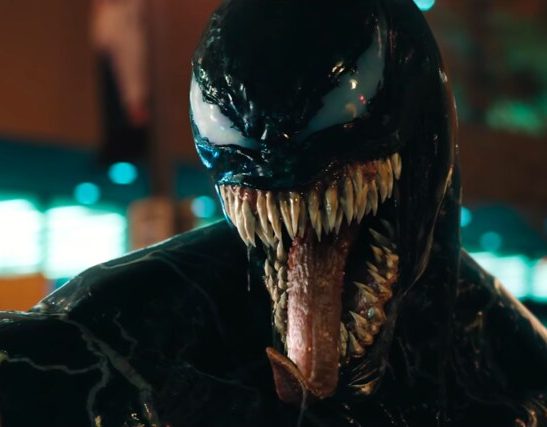 I never thought I would be one to write on the Oxford Student, but as an avid consumer of the film industry and one that truly enjoys trailers themselves as bite-sized entertainment, a shot of adrenaline, or a chance to yell excitedly in my kitchen, I also realized trailers are much more.

There are many ways to tackle the whole art of the trailer question, and Nancy Epton’s article published on May 16th certainly dragged me out of revision mode and into the mindset of dissecting the whole thing further. As far as I can see, there are many things that a trailer needs to do in multiple levels. On a marketing level, its primary job is to draw in audiences so that studios can grab that sweet cash and possibly poop out a sequel a few years down the road for even more cash. Now, the golden question remains as to how.

In the current blockbuster landscape, as this is what the previous article mostly focused on, there are really three groups of audience demographics out there within the continuum of movie-goers: Those that will watch the film, those that are on the fence, and those that aren’t likely to watch it. The making of the trailer needs to consider how each of these is going to respond and then edit it accordingly.

Their biggest selling point? The spectacle.

Take the prime example of Venom, a film that I enjoyed despite its flaws. When one approaches the questions of marketing such a film, it’s quite hard for them not to remember the character’s treatment in Spiderman 3. How can one have a film where the title character was not exactly a standout character in a movie two franchises ago? You market it like how you would a generic action movie. That’s where you should start, then you fill in the character moments in between your biggest selling point: the spectacle.

The point of putting the last scene of the movie into the trailer suggesting the studio undermines audience intelligence is simply a point I fail to see. For one to complain about the scene, you would have sat through the movie anyways, so surely the trailer did its job?

Arguably, selling your movie solely on spectacle is and will become more and more ineffective as time goes on, which is why character moments are inserted to get you to have a general feel of the movie and its main characters. In addition to with Venom, similar arguments can be extended to that of Amazing Spiderman 2, where Spidey faces off mechanised Rhino in the closing shot of the trailer and the film.

Trailer making for an action movie is surprisingly simple, and when someone does it well, it can make a trailer a feat in itself. For a recent example, check out the insanity of a trailer that is Hobbs and Shaw. My only complaint for that trailer is that the whole plot is being filled into the movie, despite the shenanigans.

Ultimately they are a tool to get more butts onto more seats… and so Venom’s 855 million doesn’t seem to shabby to me.

Moving onto the story telling level, one of the big no-no’s of trailers giving away key plot points or the entire movie, as that will lessen the impact of such twist and turns in the theatre. But this is also a slippery slope as in story writing, such twists are exactly where most tension is built and characters are forced to make difficult choices and progress, meaning it will be a prime time for awesome and memorable character moments. The question for the marketing executives becomes should one follow the previous logic of sprinkling in character moments amidst the action flicks? If so, what about the best moments that occurs after the big twists (AKA Spiderman Far From home, good job Sony and thank god for holding back the other twist)? If the trailer is supposed to be a highlight reel of the movie to get people to sit in the theatre, why aren’t those scenes in the trailers?

Often movies/films/shows are full of twists and turns that make trailer making difficult. Think to the best of Spring Anime The Promised Neverland. How could one possibly make a trailer without spoiling the best part of the series. Finally, onto some direct counterpoints for the previous article. Comparing the trailer and marketing strategy of Venom and The Dark Knight Rises is simply unfair, and unsuitable. One is the ending chapter of an epic trilogy, possibly one of the best ever made, while the other is marketed in a completely different context. Asking for one to have the same level of polish and confidence in the property as the other one is simply unfair and unjust.

Trailers can be masterpieces of production (Man of Steel Trailer 2), bite-sized entertainment (Aquaman Extended video) or something to build up hype and excitement (Any Infinity War marketing material really), but ultimately, they are a tool to get more butts onto more seats. The approach each trailer takes is entirely dependent on the context, and it’s important to realize that. Venom’s 855 million doesn’t seem too shabby to me.