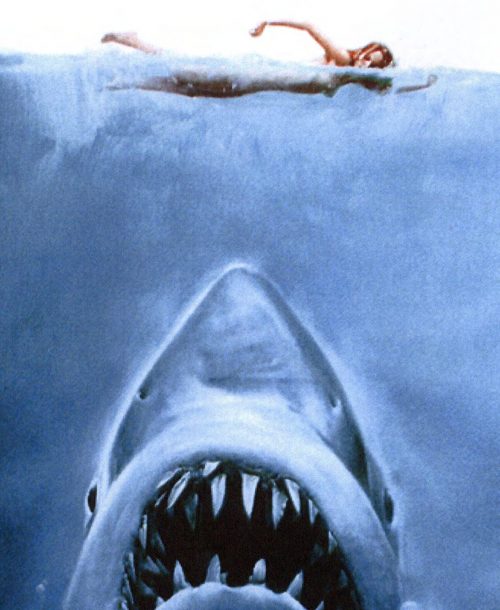 Summer safety according to film

Summer is here and the sun is (hopefully) gracing the British Isles. You know what that means. It’s time to get out there and soak in those rays at the beach before the inevitable winter cold returns to plunge us back into desolation and despair. But remember to be safe out there, or disaster could ensue. To echo the sentiments of The Mighty Boosh maverick Howard Moon (Julian Barratt), we all like having fun; but it’s better when we can have safe fun. So, to make sure you leave those icy British waters with your life intact, avoid making the same mistakes that these hapless movie characters did.

Don’t: Incur the wrath of an ancient vampire in your local swimming pool (Let the Right One In, 2008)

Even if you don’t manage to make it to the beach this summer, chances are that you’ll enjoy a few visits to an indoor water facility. If you’re going there with friends, then banter might well take place. In Tomas Alfredson’s disturbing horror flick, young loner Oskar (Kåre Hedebrant) meets vampire Eli (Lina Leandersson), who encourages him to fight back against bullies in his school. After following her commands, however, the bullies try to take vengeance by drowning him in their school swimming pool. Eli arrives to stop them just in time and, as you might imagine, Oskar’s assailants meet a rather gory end. So, if you’re playing with mates in the pool, make sure you don’t tease the loner kid. You never know what allies they might be hiding.

The occasional water-splashing is fine. A cheeky dunk? No problem. But putting your mate inside a water tank with no clear exit point as part of a magic act? Not cool. Christopher Nolan’s fifth movie details the bitter rivalry of Robert Angier (Hugh Jackman) and Alfred Borden (Christian Bale) as they perform magic in late 19th century London. The two men tie assistant Julia’s hands and feet in a knot before she is plunged into the cell, but is unable to escape her bonds before the men can save her and drowns. Just to recap; splashing around in the open air? Fine. Messing around in a closed water cell with especially durable glass? Not fine.

Drowning in a water cell and getting killed in your local swimming pool are bad ways to go, but this is a particularly important one, folks. Too much of that whackey backey and weird things can happen. When heroin addict Renton (Ewan McGregor) makes a desperate trip to the worst toilet in Scotland, he reaches down into the loo and a dream sequence ensues as he swims in a clear bright sea. Don’t be fooled by the ambient beauty of Brian Eno’s ‘Deep Blue Day’ though. Swim safe. Keep away from the heavy stuff.

Sure, I could’ve gone for Jaws (1975) instead, but the behaviour of Ron Burgundy provides a more potent lesson about the dangers of sharks. Spielberg’s film would suggest that it’s best to avoid the sea entirely. But it’s cool to venture out into the deep blue, provided you’ve got some basic safety rules in mind. After an unemployed Ron Burgundy (Will Ferrell) retires to a lighthouse, he is visited by his young son (Judah Nelson), and the two rehabilitate a small shark, who they name Doby before setting him free. A bit unorthodox, but that’s fine. Later during the wedding of Ron’s fellow employee Brick (Steve Carell), however, Ron spots the now-large Doby in the sea, and wades into the water to try and greet him. Unsurprisingly, the shark attacks him, and it’s up to Ron’s ever-loyal pooch Baxter to save the day. No matter how amicable you might feel towards your predatorial aquatic comrade, don’t try to greet it.

Follow these four simple rules, and you’ll be sure to have a fun time in the water this summer.