Warning: mysqli_query(): (HY000/1030): Got error 28 from storage engine in /home/oxfordst/public_html/wp-includes/wp-db.php on line 2007
 Village residents warn of threats to children’s health from quarry proposed by St John’s – The Oxford Student
Skip to content 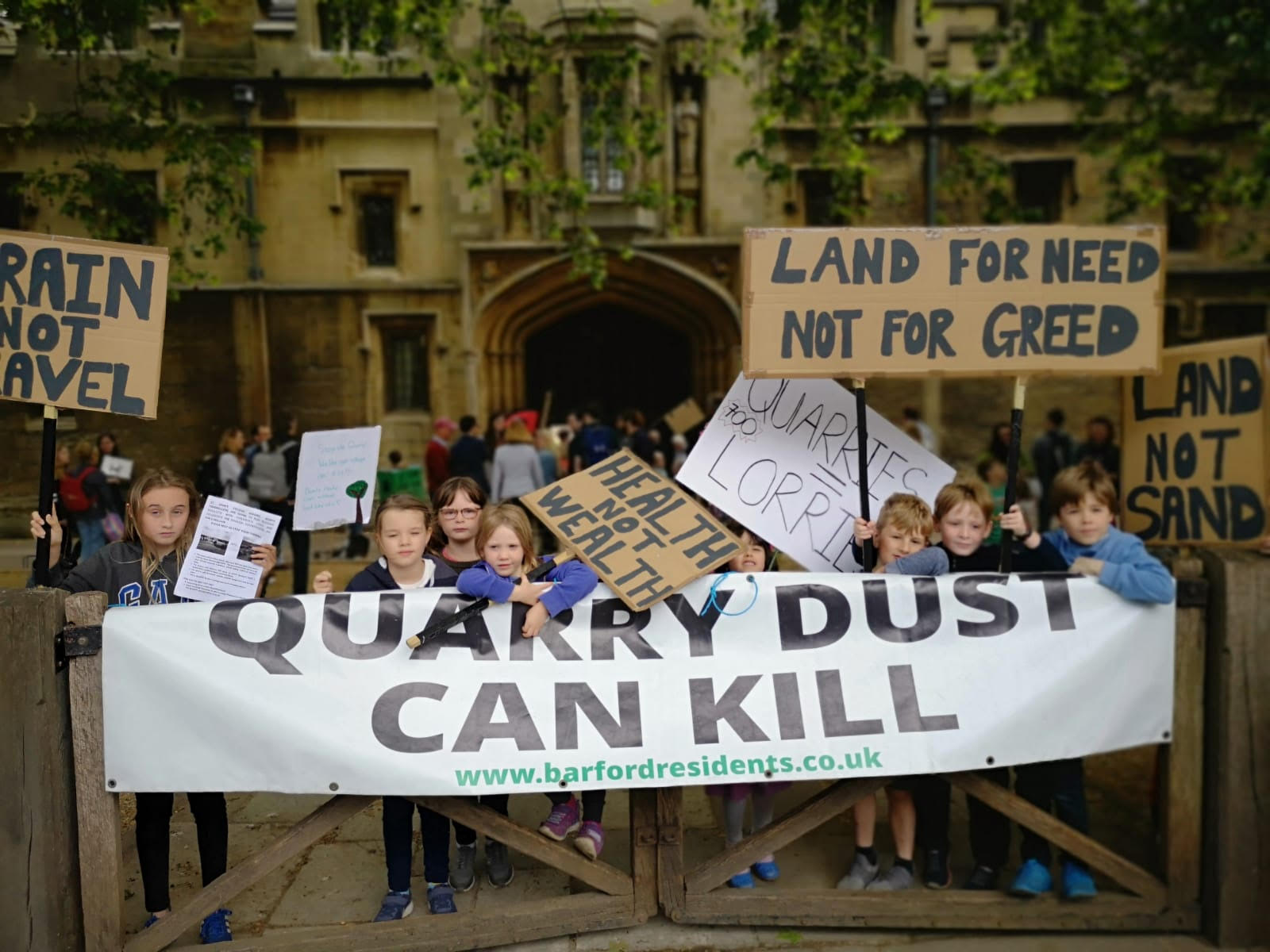 Image description: Protestors outside of St John’s College on 28th May

Residents of Barford, in Warwickshire, are opposing the construction of a quarry that has been proposed in their village to be built on farmland owned by St John’s College. On Tuesday, 28th May, a group of Barford residents travelled to Oxford to protest outside of St John’s.

St John’s wants to build the quarry to provide sand and gravel for construction projects, but Barford residents are concerned that the quarry will endanger their health. A Barford GP told The Oxford Mail that dust clouds that would be created by the quarry would be a “real danger,” particularly for the young, the elderly, and people with chest conditions.

The residents are also opposing the plan because it would destroy farmland that could be used to grow food and crops, which they argue would be a setback for environmental sustainability.

Barford resident and Oxford alumna Charlotte Morgan told The Stratford-upon-Avon Herald: “The College’s own website proudly claims that they do all they can to reduce their impact on the environment and have even won awards from Oxford University for doing so. Yet if this quarry goes ahead, the local ecosystem will be destroyed.”

The residents want St John’s to instead build its quarry on a different site, arguing that there are myriad options that are more isolated and therefore would pose fewer risks to the health of people nearby.

On Tuesday, adults and children gathered outside of St John’s, holding signs that carried messages such as “Land Not Sand,” “Quarry Dust Can Kill,” and “St John’s – Environmental Destroyer of Warwickshire Villages.” Some protestors wore surgical face masks.

Speaking to The Stratford-upon-Avon Herald, Morgan also emphasised that their movement has a significant level of support within the local community: “Our community is united in its opposition to the quarry. Around 1,000 people submitted formal objections to Warwickshire County Council last year and we have the support of our MP, Matt Western.”

St John’s Bursar, Andrew Parker, told The Oxford Mail: “The College wishes to assure those people who have taken the time to write, that all the letters have been read by the relevant people in the College and their points fully considered.”

The residents’ association took to Twitter on Tuesday evening to thank St John’s students for being receptive to their demonstration, writing on its account, @againstsand: “Huge thanks to residents who joined our protest @StJohnsOx today and thank you to all the students who read our flyer and listened to our concerns. Good day in our fight to quash the quarry.”