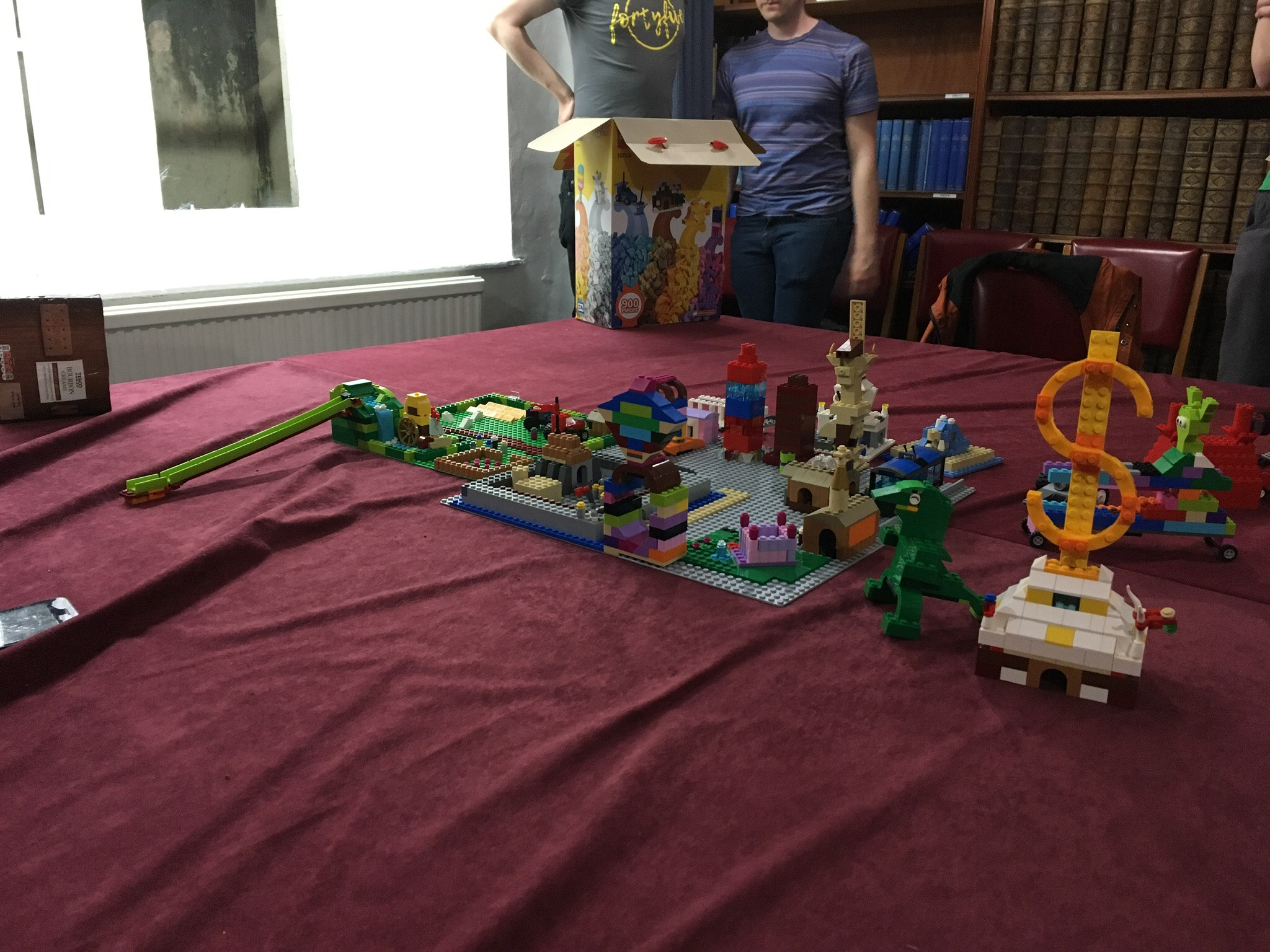 If I told you I spent every Wednesday evening in a basement playing with Lego, you could be forgiven for raising an eyebrow. Admittedly, it’s probably not the first thing that springs to mind when you think of “extra-curricular activities,” “societies” or “thriving social life.” And yet this is what I have chosen to do since Hilary term, and I can confidently say it has been a thoroughly constructive experience. So, let the words of this article build, brick by brick, an image of the Lego Society in your mind.

Before we go through some of the reasons why Lego Soc is the best society at the University (we’d be here forever if I listed all of them), let’s first look at what the society actually does. The Oxford University Lego Society is essentially a group of people who gather at 7.30pm in the middle of Oxford every Wednesday to play with Lego and eat snacks. Surprised? Didn’t think so, but wait- there’s more. Every Lego-soc-goer quickly learns that there’s more to it than a stash of free-for-all Lego bricks; the society also puts on a range of events.

The first time I ventured into a society gathering, it was Spaceships Night. Nothing unusual to report there.

First, there are the competitive events. These are fantastic for those who don’t “have something to prove” per se, but let’s just say have a strong preference for victory, and are not always happy when their projectile launcher breaks humiliatingly when they attempt to fire it after trash-talking the other teams, sending the firing contraption further than the projectile itself, and their ego further still in the opposite direction (it happened to a friend, OK?). Those people will thoroughly enjoy building their launcher as a team in a race against the clock, even if it does mean almost coming last and watching the winning team’s launcher send their projectile a full two metres further (ours looked better).

Not the competitive type? Fear not. Lego Soc has just the thing for you. We often work together to build a joint model as we consume our brownie Oreos, Digestive Thins and pink lemonade, and everyone’s contribution is valued equally. No matter what you make, there will always be a place for it. A house? Great addition to the city. A train? Vital public transport. A skate park? Important place to hang out. A giant canon inspired by the second Transformers film which moves on wheels and for some reason has Yoda’s face on it? Couldn’t possibly do without that. And that’s how we ended up with Brickston, our very own Lego Society city.

As well as all the teamwork, there is room for doing your own thing as well. The first time I ventured into a society gathering, it was Spaceships Night. Nothing unusual to report there. Just don’t let anyone tell you there’s anything wrong with stealing all the pre-assembled plane fuselage parts and using them to easily build something which looks good but is both less original and less difficult to make. Anyone who says that is wrong.

Of course, as nice as a world with nothing but Lego would be, not everything we do is directly related to everyone’s favourite construction tool (not “toy”).

Of course, as nice as a world with nothing but Lego would be, not everything we do is directly related to everyone’s favourite construction tool (not “toy”). There’s a meal at the end of every term which we all look forward to in 8th Week, as well as the “Bricnic” which will be happening on Wednesday of 5th week. What’s more, the society pulls in people from different colleges, year groups and subjects, and with that come different interests. Whatever you’re into, be it 70s music, gardening or rugby, it’s not hard to find someone with whom to share your interests. But it’s also not a coincidence that there is a lot of overlap between members in subjects of enthusiasm outside Lego. The Sonic live action trailer has now been aired spontaneously multiple times at society events and been met with approval; Harry Potter and Pokémon references are commonplace in our conversations, and we count amongst our ranks a Star Wars memes creator, whose compositions have gone viral in the memesphere of Reddit and Facebook.

How many people can say they’ve been on a crew date brining together Lego Soc and Quidditch Soc? How often do you get to take part in the Geek Quiz with contestants from the Harry Potter, Lego, Pokémon and Doctor Who societies? If this vibrant, interlinked world of “geeks” sounds like something you want to be a part of, or if you just feel like picking up the pieces and building a Lego house (sorry), look no further than the Oxford University Lego Society Facebook page. It’s a lot of fun, and can provide the building blocks for a great extra-curricular life.