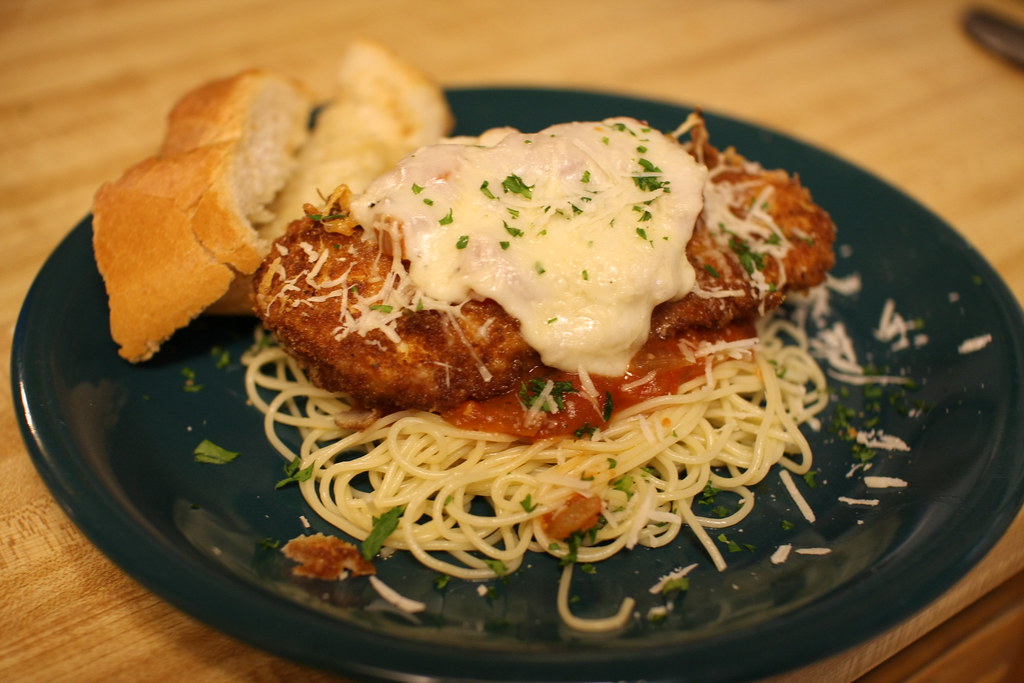 Tired of traditional pub food? Looking to spice up pizza night? In most pubs, it’s easy to order the staple fish and chips, but in north east England, there exists a special delicacy called a parmo, which is best explained as a new kind of pizza that uses chicken instead of dough.

Previously called the Chicken Parmesan, parmos are a north east dish originating from Teesside. It is served in most restaurants and pubs within the north east of England. The dish was originally pork but chicken has become more common.

The chicken meat is flattened, covered with breadcrumbs and then deep fried to a crisp. It is then covered with béchamel sauce and topped with cheddar cheese. The parmo is then oven baked until the cheese is hot and melts into the chicken cutlet.

There are various versions available which include other toppings like vegetables, pineapple, tomato sauce- you name it! The cheese is melted just right and it’s a delicious meal to have anytime you want to splurge. It’s often served with chips and salad as sides.

When visiting Stockton-on-Tees, I had the opportunity to try this delicacy with a friend. We split a traditional medium size in half to share while watching TV that evening. It can get a bit messy so using a fork and knife would be advised. The balance of cheese to chicken was incredible and it was gone within minutes of hitting my plate.

In honor of the parmo, Middlesbrough developed a special Parmo Pizza which is also a classic. Speaking of pizza, this year Pizza Hut actually introduced a similar dish named the “chicken melt” which has various variations with pepperoni, garlic mushrooms and BBQ Americano.

Being American, I’ve had my fair share of bizarre foods but this unique and interesting combination is definitely a thrill for your taste buds. If you love lots of cheese and chicken, I highly recommend trying a parmo to jazz up your evening.