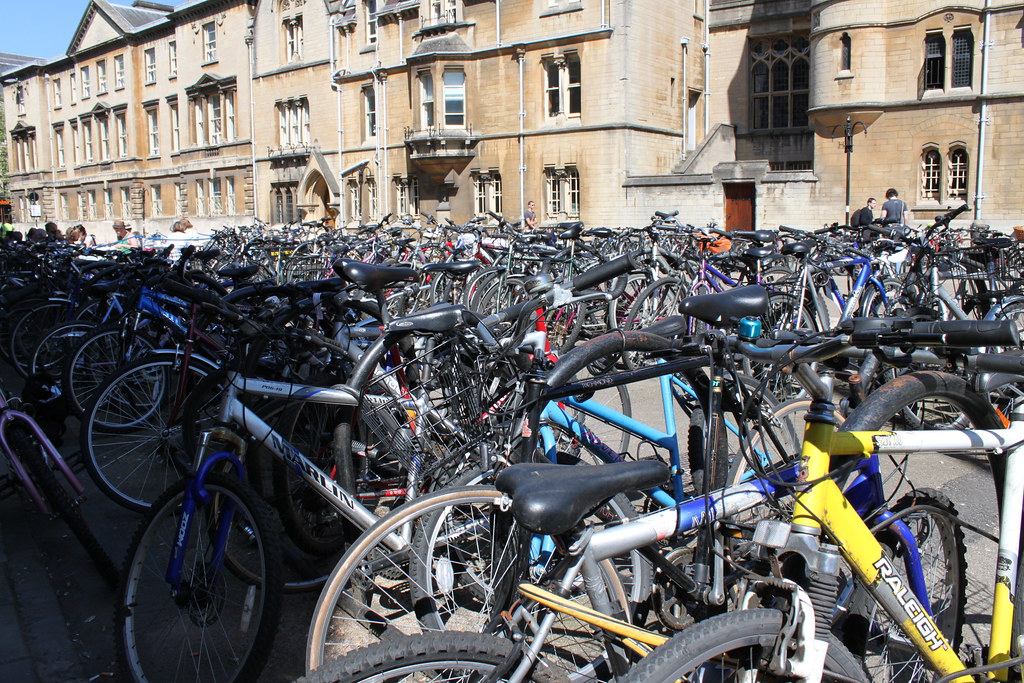 Over 1,800 bikes stolen in Oxford last year, only 22 recovered

According to reports from Thames Valley Police, 1,816 bikes were stolen last year in Oxford’s Local Police Area, or approximately five cases per day. Accounting for unreported bike thefts, the number is likely even greater.

The number of stolen bikes returned to victims was exceptionally low. Thames Valley Police told The Oxford Student that only 22 bikes were recovered in 2018, amongst 1,739 cases that police responded to. Amongst these 22 recovered bikes, 16 were found by owners themselves, with only four recovered  by the police alone, and another two recovered by bike-owners and police acting in tandem. 1,717 bikes have still been identified as “not recovered.”

The Oxford Student further investigated the crime reports released by Thames Valley Police to identify the “hot spots” for bike thefts in Oxford Central. According to our analysis of the 758 bike theft cases occurred from January to December last year, Magdalen Street (101 cases), Oxford Station (45 cases), and the Varsity Club (34 cases) comprise the top three hot spots for theft. On Magdalen Street 46 cases occurred in front of the Fever nightclub and 32 cases in front of TESCO and Sainsbury’s. There were also more than 20 reported stolen bikes at the parking spaces around Gloucester Green and Turl Street and more than 30 thefts reported from the Westgate area.

Our analysis of the Thames Valley police report of 2017 and 2018 revealed that most bike thefts were reported in October, potentially as new bike owners emerge at the start of the academic year – stolen bikes have also been known to circulate in second-hand or online markets. May and June represented the two next highest months, with the summer a particularly dangerous season in terms of bike thefts.

Chloe Sun talked about her experience “encountering the bike thieves”

It was in front of Nando’s on George Street where Chloe Sun, a MSc Student at Hertford College, found her stolen bike. Her green bike reappeared eight days later, 0.3 miles away from Blackwell’s bookshop where she originally left it on March 31st. She could immediately identify her bike by the fragment of Hertford College sticker on it, which she mistakenly had placed at an off angle. Chloe called the police to take her bike back from the thief.

A few minutes later “the owners” of her stolen bike appeared before the police could arrive to investigate. Chloe approached a young man and woman as they unlocked her stolen bike and prepared to leave.

“The owners” clearly did not anticipate the sudden confrontation by Chloe and became upset, explaining that they had purchased the bike at a very cheap price on a Facebook group. When Chloe asked from whom they bought her stolen bike, the man answered “you can have it back.” The couple quickly faded into the midnight of central Oxford, leaving “their” bike behind.

Chloe added that it was only the following morning that the police responded to her series of phone calls over the night. Since there are so many bike thefts in Oxford, such claims do not seem to be remotely prioritised. Chloe said “I am really happy that I got my bike back, and really shocked at how not efficient the police is in dealing with case like this in a small city like Oxford.” She also offered some advice to whoever got stolen their bikes, “look out for your bike on the street, miracles could happen.”