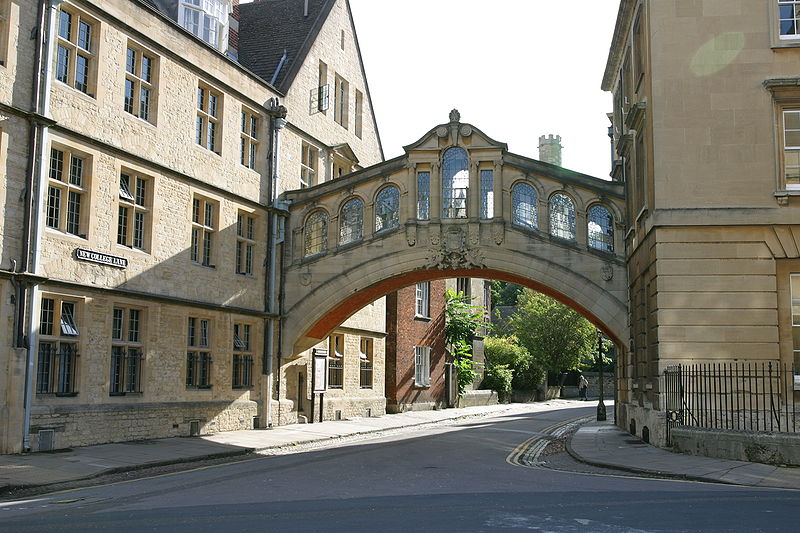 Image description: The bridge of sighs at Hertford College, Oxford.

Oxford University has recently announced two new access schemes which aim to encourage academically talented students from disadvantaged backgrounds to apply for, and thrive at, Oxford. These follow other recent developments in Oxford’s access work, such as an expansion of the successful UNIQ programme, and also follows Cambridge University’s new ‘clearing’ system for high-achieving students.

‘Opportunity Oxford’, based on a scheme currently run at University College, offers students with an offer to study at the University support in the form of a two-week residential programme before the year starts as well as study support at home. The University has pledged to offer this for up to 200 students in coming years. The other programme, ‘Foundation Oxford’, is based on LMH’s successful foundation year scheme, and will allow up to 50 of the most disadvantaged students with applications that need strengthening to undertake a year-long subject course at Oxford with the view to going on to complete a full undergraduate degree.

These schemes come at a time when the access spotlight is on Oxford; the official admissions report left much to be desired in terms of access to the University for disadvantaged students, and reports in the media from figures such as David Lammy have brought Oxford and its access work to the forefront of educational equality discussions.

However, the issue of access is far more complicated than simply what Oxford is doing to help. What is particularly difficult is assessing the extent to which universities can and should do. Many of the barriers to access begin early on in a student’s education, and, particularly for state-educated students, this is something which is under the control of the government.

What the new schemes do, however, is make bridging the gap between a deficient education system and university easier. The schemes will allow those who may have trouble making a competitive application, achieving and making an offer, or who have issues with the rigorous academic strain of Oxford University to feel more secure in their applications and courses. It is encouraging to see Oxford understanding that, whilst there may be outside factors before a student applies to Oxford that affects their application or ability to receive an offer, there is more that the University can be doing to support those who do make offers and those who are already enrolled.

More will always need to be done for access to address the large disparities in Oxford’s access statistics, but ultimately the University is not lying idle.

The caveat behind these schemes is that there needs to be an initial application to Oxford in order for students to be selected for the schemes. This, therefore, does not address a large issue which Oxford has, namely getting disadvantaged students to put in an application in the first place. This is something which, admittedly, stems from wider issues to do with educational equality. Schools need to be given the resources and funding to ensure that they are able to support students, from encouraging them to apply, all the way to writing a competitive application. Unfortunately, this is something which the universities have less control over, and which the Government ultimately needs to address.

Nevertheless, it might be hoped that after these programmes have been implemented, there may be room for further outreach opportunities which extend further back than the application process. There are, currently, summer schools such as UNIQ, subject taster days, and open days to name a few, which encourage younger students to put in applications. These are successful partly because they do not just encourage applications to Oxford, but to university more generally, and are therefore in touch with the needs of very disadvantaged students.

However, more needs to be done, and students need to feel confident enough to make an application in the first place. The University hopes to have 25% of its students from the most disadvantaged backgrounds by 2023, and meeting this target, as well as continuing work on dispelling many if the ‘Oxford myths’, will hopefully go some way in making disadvantaged students feel more welcome, and thus being more likely to apply. This is the crux of the matter: Oxford needs to work on its public image and reputation as well as on its access schemes if it wants to truly reach out to the most disadvantaged students. It can only be hoped that by investing time, money, and resources in access will help to show that the University does wish to address its historic access and equality issues.

What is a real benefit of the access schemes is that they represent Oxford’s acceptance of its need to continually support students into their degrees. Across subjects there is a disparity in achievement for students from different backgrounds, and this is something which hopefully these new schemes will begin to help to address. It is a good way to not only introduce students to Oxford working life at a more reasonable pace- especially with the foundation programme- but also to engage Oxford tutors more actively in access, and further to allow them to be involved with students who may need extra support earlier. It is invaluable to students to know that not only the University staff but tutors as well, with whom they interact frequently, care about their ability to achieve at Oxford.

Oxford’s newest programmes do go some way to addressing the systemic educational equality, and it is good that it is actively innovating and expanding the access schemes available. More will always need to be done for access to address the large disparities in Oxford’s access statistics, but ultimately the University isn’t lying idle. It is taken schemes which have worked well on a smaller scale in colleges and applied them to the wider university. Hopefully these schemes will develop well in Oxford and will encourage the University, and other universities besides, to take a more active role in access.