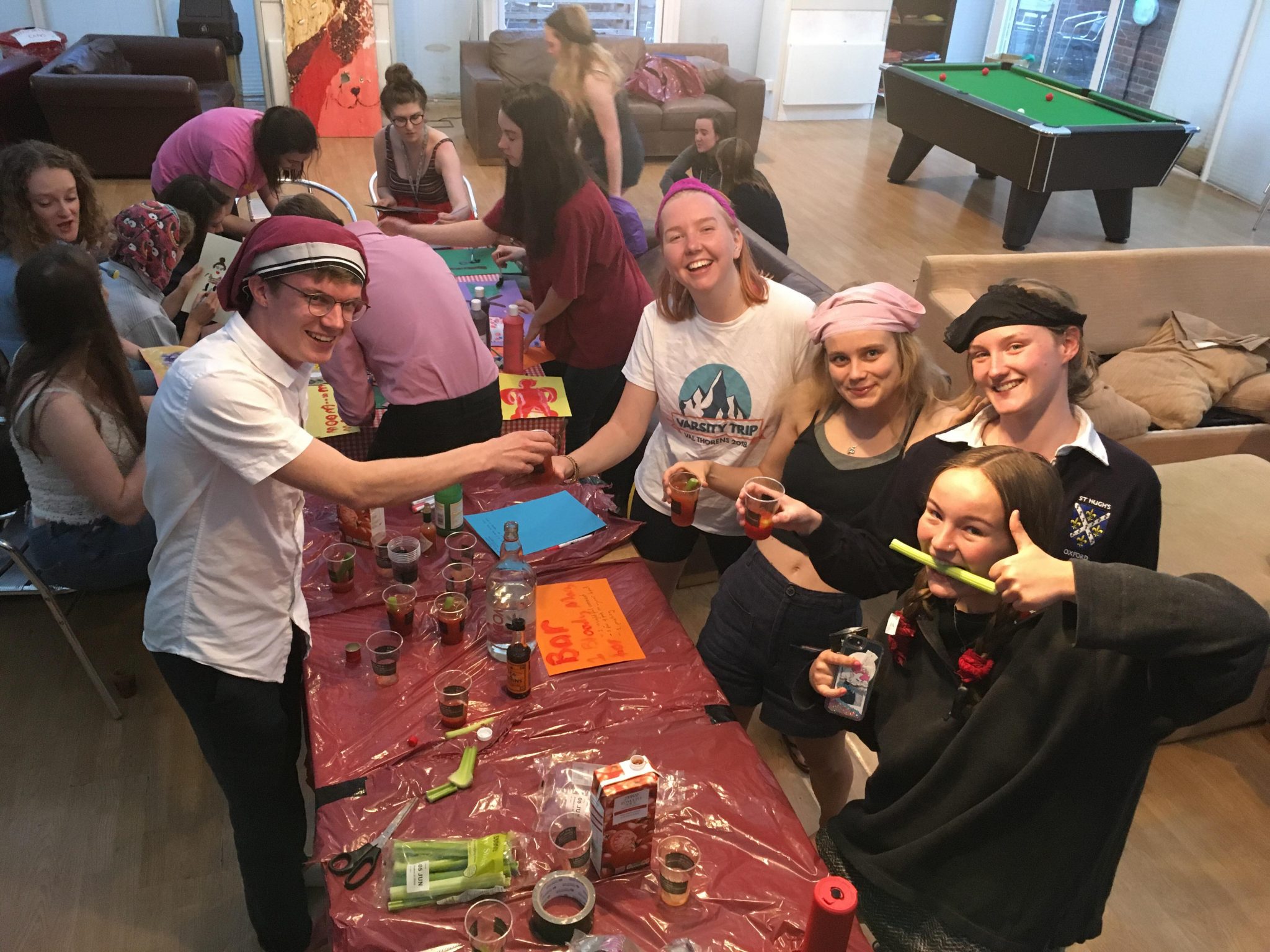 St Hugh’s Women’s Reps held a body positivity party in the JCR which saw the walls covered with dozens of anonymous stories about body image issues submitted by JCR members. The event was framed as a sequel to the ‘period party’ held last term by the Women’s Reps to help normalise discussion of periods and challenge what they termed the “male dominated” space of the JCR. The period party saw the JCR informally renamed the ‘Junior Common Womb’ after a motion to formally change its name was defeated in an online ballot.

Members of the JCR were invited to submit anonymous stories about their experiences with body image, and 49 submissions were made. Submissions answered questions like ‘What’s your favourite thing about yourself?’; ‘Describe any struggles you have had’, and ‘Describe an experience that has had a big impact on your body image’.

Many stories submitted focussed on image problems surrounding weight, with eating disorder stories featuring heavily. Some stories also referenced erectile dysfunction and male genital image problems, though one of the women’s reps told The Oxford Student she had to delete some “joke” submissions from male members. JCR members were asked to “Wear [their] best pants on your head” and to make paintings that expressed their feelings on body image. Red velvet cake and Bloody Marys were served at the event, once people had completed these tasks.

The Women’s Rep told The Oxford Student: “The event was designed to give people a platform to share and discuss their body image and to try to take away from the shame people feel.

“[We wanted] to show the varying degrees in which we all struggle and to think about what makes us feel good about ourselves at the same time.

“The dress code was to wear pants on your head. Personally, I find making myself a bit ridiculous can provide relief from the pressures of worrying about appearance and it is also fun”.