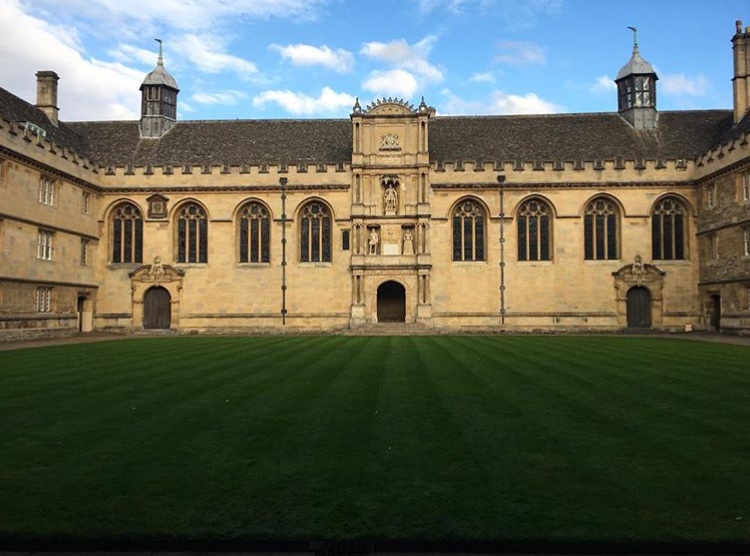 This was proposed in solidarity with the campaign’s efforts sparked by the outrage of the invitation of Katie Hopkins to speak at the ‘No Platforming Debate’ held at the Union May 8th, 2019. The original motion resolved to: “1) To support the Boycott the Oxford Union Campaign and in doing so encourage all SU members to not attend Union events until they peldge to stop inviting racist and fascist speakers. 2) To not allow the Union any college-specific marketing during Freshers’ Week” and “3) Where appropriate, to publicise our support of the boycott to freshers.”

After an hour long discussion, going through the motion and amending it, the motion passed.  Alex Rostron, chair of the Wadham SU motion, submitted the amended motion which amended the third resolution while adding a fourth and fifth:

“3) To provide in the freshers’ guide or elsewhere, a clear elucidation of the distinctions between Wadham SU, Oxford SU, and the Oxford Union, making it clear that membership of the Oxford Union is not a necessity, and recommending freshers wait a while before deciding to join. 4) to communicate clearly to freshers that Wadham SU feels the Oxford Union facilitates the spread and legitimization of fascist and racist rhetoric, with detailed explanation of why and encouraging a boycott. 5) to mandate the SU President to send an open letter to the Oxford Union stating that it will encourage a boycott until the terms of the boycott movement are met.”

“I’m really glad Wadham has voted to join the Boycott the Oxford Union campaign, and hope other JCRs and MCRs follow suit. We encourage students across the university to boycott all Union events until they pledge to stop rolling out the red carpet for racists and fascists, and for any incoming Freshers to save the £250 membership fees on more worthwhile university experiences.”

The Wadham SU President Sulamaan Rahim commented on the decision to pass the motion:

“Wadham SU is proud to support this campaign. Our decision came after a long and vigorous debate in today’s meeting. The motion aims to convey that the Oxford Union’s current practices are not in line with our beliefs as a student body and comes with hope that our decision can be a catalyst for real change in their practices.”

This is the first University college to vote in favor of the boycott in outward protest against the Union’s actions.  The ‘Boycott the Oxford Union Campaign’ has already received support from notable figures such as local MP Anneliese Dodds, as well as seventeen student societies and campaigns.