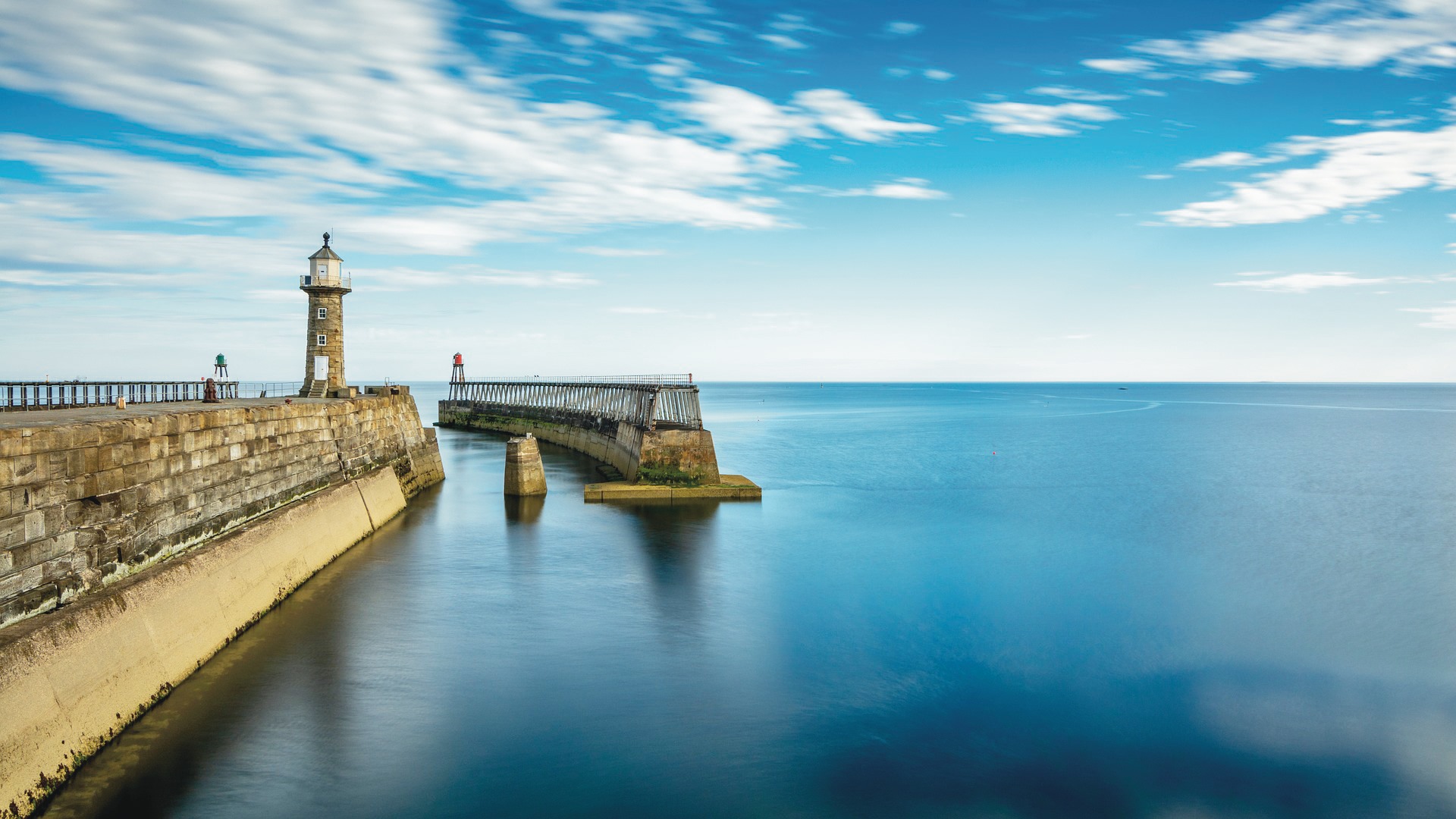 When I came to Oxford for my undergraduate interviews, none of the other applicants had heard of Whitby. And yet, when I actually started my degree, everyone had heard of it. Even the master of my college came out with the classic ‘been-on-holiday-to-Whitby’ line about how wonderful the fish and chips there is. And now, during my DPhil, I have encountered all manner of excitement about the rich history of Whitby, from specialists in Old English poetry to specialists in Greek hagiography and church history.

Whitby is a seaside town in North Yorkshire, an hour’s drive from any larger town or city. It nestles between the North York Moors and the North Sea. On one side, there is idyllic heather moorland. On the other, the blue and grey majesty of the sea.

“Whitby itself has seemingly remained unchanged since the era of the seaside resort a century ago.”

Whitby itself has seemingly remained unchanged since the era of the seaside resort a century ago. There are still the beach huts, a staunch row of red, blue, and yellow wood lining where the cliff meets the sand. My grandfather designed the cliff lift decades ago, but it has been out of service for years. There are ice cream shops and an entire street of amusements. Then there are the many, many fish and chip shops. Indeed, Whitby scampi is world famous. Further into the town, there is the swing bridge, itself a century old. It has to open and stop all traffic in the town centre every time a boat with a mast needs to pass it. When the replica of the Endeavour used to visit – before returning to Australia permanently – it was a magnificent affair.

Speaking of the Endeavour, Whitby boasts more history than one might expect of a seaside town in the middle of nowhere. Captain James Cook was born in the nearby village of Staithes and the Endeavour was launched from Whitby. In fact, the four houses of my middle school were named after Captain Cook’s four ships. After Captain Cook, Whitby entered something of a literary renaissance. Lewis Carroll, no doubt familiar to many here in Oxford, stayed in Whitby for a time while writing. But, most famous of all, is Bram Stoker’s Dracula. While parts of the tale are indeed set in Transylvania, a large part of the action and intrigue is set in Whitby itself. Imagine a ghost ship manned by skeletal dead men drawing into the harbour and, once it reaches the shore, a great black hound leaping from the deck and running into the cemetery atop the cliff. More recent still, the train station in the moorland village of Goathland was used in the film of Harry Potter and the Philosopher’s Stone as Hogwarts Station.

But Whitby’s history did not start with Captain Cook and the Victorians discovering that it made a fabulous holiday destination – with tourists ever since following suit in ever greater numbers. It started much earlier, as the seventh century town of Streanæshealh. The Synod of Whitby, which determined that Easter would follow the example of Rome and not Ireland, was held at Whitby Abbey under the Abbess Hilda. And, after Saint Hilda herself, Whitby’s most famous figure from that time is Cædmon, an illiterate shepherd who, after a holy dream, began to compose exquisite poetry in praise of the Lord.

“Oxford is not a big city, but it is indeed a city. Not in history, maybe, but certainly in grandeur and size, it is a far cry from what I grew up with.”

Whether or not this rich history is reflected in the town nowadays is up for debate. The fame of Staithes amongst artists and of Robin Hood’s Bay amongst folk musicians may be seen in Whitby Folk Week. Whitby’s maritime heritage can be seen in the Regatta, a set of sea rowing races that I’m sure the rowers among you can relate to. These races are accompanied by a true fairground upon the clifftop, boasting entertainments like carousels and birds of prey. Our other event is Goth Weekend, held twice yearly. One might suppose that Whitby’s welcoming of Goths is rooted in its relationship with Gothic literature.

Perhaps now that you know something of Whitby, you might understand how specialists in Old English poetry and Greek hagiography and church history got so excited when they found out that that is where I come from. You might also be able to imagine how daunting Oxford was, to someone who was the only student in the only school in the town to get an interview there, never mind an offer. Oxford is not a big city, but it is indeed a city. Not in history, maybe, but certainly in grandeur and size, it is a far cry from what I grew up with.

That being said, however, I am still yet to find decent fish and chips in Oxford.