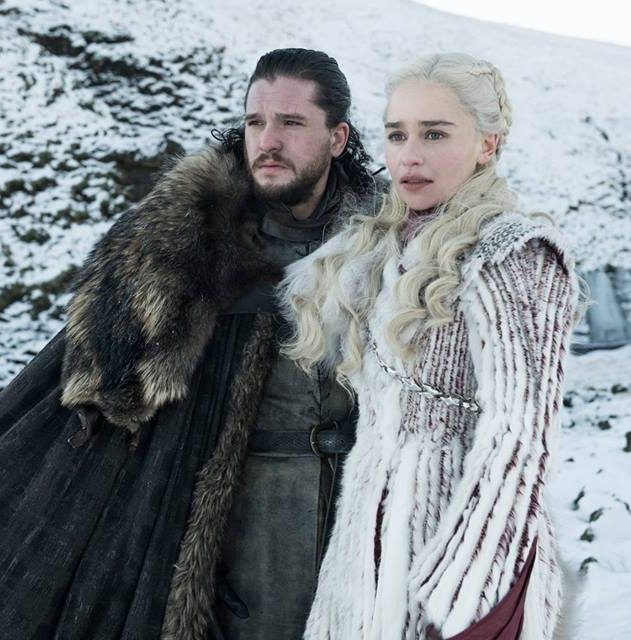 The online petition to remake the final season of the most expensive, illegally downloaded television series of all time has currently received over 1.5 million signatures. Its creator, Dylan D, implores viewers to remedy the ‘woefully incompetent’ writing of David Benioff and D.B. Weiss. But is all of this backlash deserved? Are the fans justified in raining fire down upon the writers?

The screenplay this season has unfortunately received little improvement from the previous entry. Benioff and Weiss delivered high quality seasons with George Martin’s source material. They also made sensible decisions in leaving out a lot of excess characters and material that would have made the show far too convoluted. Yet realistic character arcs started to diminish once the writers were left to their own creative decisions (Martin gave both men an overall endgame for the plot, and they were left to construct the path towards the conclusion themselves).

The first major diversion takes place with Tyrion Lannister (Peter Dinklage), whose change from dynamic tactician to frequently illogical negotiator unfortunately remains damaged from season 7. His failed military plans and unwavering trust in Daenerys Targaryen (Emelia Clarke) up until the last few episodes seem out of character with the cynical and cautious individual we’ve known before. Yet this doesn’t take away anything from the genius of Dinklage himself, who retains the accolade of the finest actor in the show. Looking at the bodies of his siblings in the Red Keep, Dinklage’s face conveys more emotion than an elongated soliloquy ever could. It reminds us of his poignant, anguished expression as he strangled Shae four seasons ago. If only his character had been given a more deserving and narratively cogent screenplay.

Is all of this backlash deserved? Are fans justified in raining fire down upon the writers?

Other slightly incoherent characterisations are clear in the trajectory of Arya (Maisie Williams). We spent a couple of seasons following her training as a faceless man, and apart, from her satisfying dispatching of house Frey in season 7, we never see her using her skills again. Jaime Lannister (Nikolaj Coster Coster-Waldau) is provided with a significant redemption arc through his experiences with Brienne, and while we have his ‘I want to die in the arms of the woman I love’ quote from season 6, his demise still feels hollow. He has to die in the end (running off with Brienne would be far too much fan service), but not in such artificial circumstances.

Euron Greyjoy is the biggest offender however, and the writers keep the source material consistent. He’s a terrible character in the books, and he’s a terrible character in the show. Euron is just thrown into the narrative to create a bit of menial drama, and should have met his end at the hands of Yara (Gemma Whelan). And Daenerys’ swift turn into the mad queen feels contrived at best, especially considering her recent speech to the surviving soldiers of Randall Tarly (James Faulkner) where she claims Cersei to be the real tyrant that she herself quickly becomes.

When it comes to weak characterisation, however, the white walkers take central stage. And this isn’t just a problem with season 8, but the series as a whole. The supposed importance of the supernatural creatures is announced by introducing them in Season 1’s opening scene. These supernatural entities will presumably take roles of pivotal importance as the series unfolds, right? The final scene of season 2 ends with Sam staring on in terror as an army of white walkers head straight for the wall. What happens with this development at the start of season 3? Absolutely nothing.

Bran (Isaac Hampstead-Wright) witnesses a flashback of the first white walker being created by the children of the forest, and Jon Snow (Kit Harington) exchanges several glances with the icy head figure, the Night King. Do we ever learn about the white walkers’ ultimate purpose? No. Is the Night King just killed off half-way through the season with no further explanation? Yes. Watching Arya kill the Night King for the first time filled me with excitement. The big bad is already down with three episodes left! Yet the figure that was built up as the season’s primary villain is taken down within a few seconds, and his death just creates a dilated sense of tension for the next three episodes.

The core of many of these flaws lie in the rapid pace of the last two seasons. The petition’s demand for a new season 8 would not provide a remedy for the mistakes made in season 7. HBO have already spent millions crafting season 8, and are going on to create at least one more spin-off series that will likely have a similarly eye-watering budget. The executives at HBO certainly won’t be handing out millions to create a whole new version of season 8, no matter how many signatures the petition receives. Every series must die. And for all the complications and missteps that have taken place over Game of Thrones’ final season, Benioff and Weiss have crafted an impressive series that will continue to be discussed for many years to come.

Has Sony lost the plot?