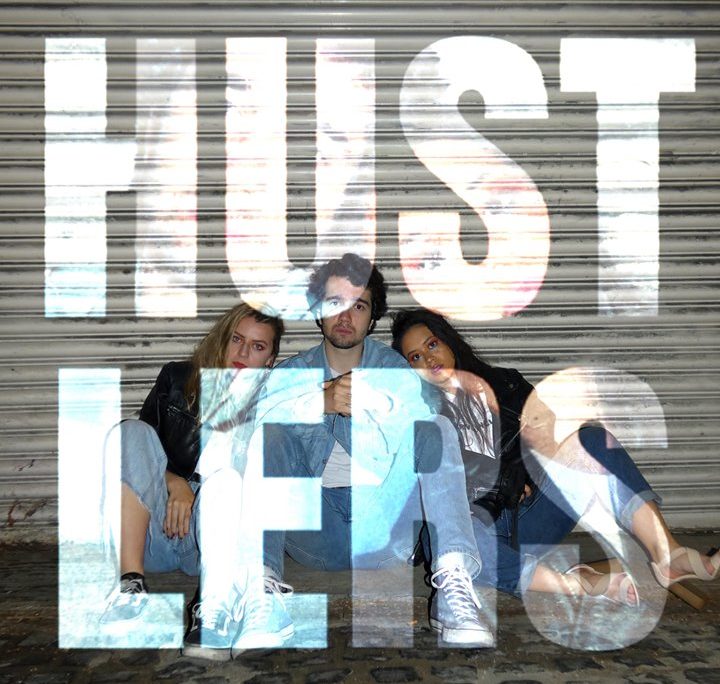 ‘It smashes through the fourth wall and begs you to help’: Hustlers at the BT

The dishevelled set promises exactly what the voyeur is here to see: drugs; sex; cigarettes; fishnets and feistiness. There will be no taboo left unshaken here. The steady rhythm seeps onto the stage and the hustlers are infected, masterfully delivering their dance of life in the 1980s streets of LA. A captivating introduction into the rhythm of the street that Lou Lou Curry forces you to engage with onstage.

‘I go by Trouble’ declares Nichita Matei as he waltzes across the stage: a space he is comfortable with, filling widely with his manipulative rhetoric; puppeteering the audience as he likewise puppeteers his wives. As he and Curry twist their words between them, they establish convincingly their toxic co-dependence. Curry’s Harlow ranges from the tortured innocence and childish charm of her Pitchfork Disney Hoof-and-Horn debut and descends into a seen-too-much stutter. The Humans-style cast hold their dolls eyes gaze on fixed points, ignoring the crisp crunch of condoms that resound as they cover the stage in their dogged flightiness. The twitch and itch of each actor reverberates from their skin into the chairs.

There will be no taboo left unshaken here

Megan Ruppel takes your eye from the moment she enters the room. You can’t help but watch her, obsessed by her naivety and your desire to help her. The audience long to nourish James, and take him off the stage. Yet we also indulge and feast on every monologue he delivers, convinced totally by his past and his addictions. Priya Radhakrishan directs masterfully the bond between Curry and Ruppel, staging a female friendship that backgrounds any life of women on the streets. Initiating the new girl, Amelia Holt, the two previous occupants use their own dynamic to garner whether this new prostitute will adapt to their dynamic, but never overtake their bond.

In fact, in this sphere, it is Matei who is the outlier: the piece is orchestrated by a nigh all-female cast and crew, navigating the balance between delicate awareness and visceral hard-hits. They don’t want you to leave unscathed. The sting of the pinging syringe sinks into your veins as you battle not to erupt from your seat and shake Ruppel, slap Matei and save Holt.  Clarity’s voice soars through your body with piercing clarity, and haunts the rest of the scene. It’s legacy permeates the rest of the show. The soundtrack and lighting guide the cast: the 80s synth wave of Cassie White are exactly what these women need, what they hear coursing through their minds. The lurid sparks of lighting seep into their skin, through their clothes and feed them where food cannot reach.

Curry’s ‘maelstrom of chaos’ bites you back, gags you with a fishnet… and begs you to help

Though the script largely tells the story of these women with insights into psychologically complex characters, at times it dips into the two-dimensional. Perhaps self-consciously, Curry punctuates the tale with cliches and anticipated lines. At times, this becomes less convincing in the plight of these prostitutes, words that would not actually come out of their mouths. Yet, as they are so tightly puppeted, one wonders exactly how far they could speak the words they wanted to say.

This idea, the idea of language, is what drives Curry’s final monologue. This monologue, Harlow’s first and only time to steal the audience’s attention to herself, is when she can finally assert her autonomy. In a tormented analysis of her own predicament, fizzy lighting and sound blurs punctuate perfectly her loss of clarity. She climaxes into a heart-wrenching reflection on her pain, the cyclical physicality of her job rounding back on itself to ‘punish’ her, in turns in a whimper and then a howl.

Curry’s ‘maelstrom of chaos’ bites you back, gags you with a fishnet, slaps you with a crack belt, smashes the fourth wall and begs you for help.