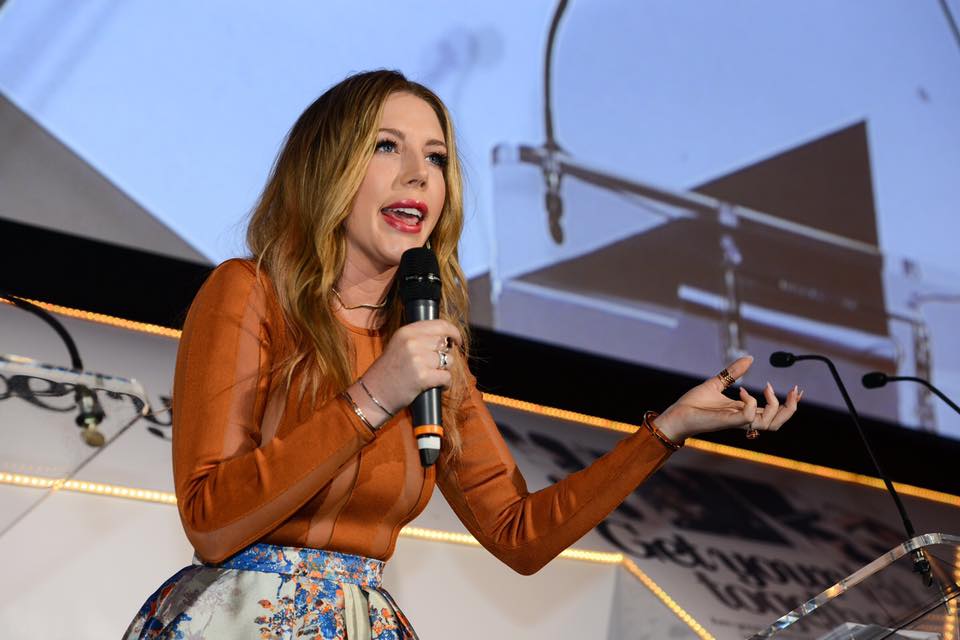 I’m sure we all remember the pithy response that Georgia, in Angus Thongs and Perfect Snogging, is given as a reason for why she shouldn’t have dressed up as an olive to a fancy-dress party. “Boys don’t like girls for funniness”. Although a throwaway line in an admittedly sub-par noughties romcom, this nonetheless taps into a wider social trend of seeing men as funnier than women in comedy.

As recently as 2007, Vanity Fair published an article entitled (with no hint of irony) “Why Women aren’t funny”, which proposes a “humour-gap”, and suggests that women don’t need to be funny as “they already appeal to men, if you catch my drift”. I am grateful to Vanity Fair for revealing that – good news girls! – our vaginas can stand in for any semblance of wit, personality, or character. Because god forbid women should be anything other than a walking fleshlight.

The idea that women are less funny than men is clearly inaccurate, but nonetheless, it’s not a secret that comedy is an industry dominated by men. The website Chortle, which contains a database of all the comedians operating in the UK, lists 269 female comedians, and 1,279 male comedians. Even in terms of representation, a study of comedy blockbusters revealed that there are, on average, 2.24 male characters for every female character with speaking lines. 21 Jump Street fails the Bechdel test. So why is this?

The reason clearly isn’t that women are less capable of being funny than men. I was lucky enough to be longlisted for the BBC Comedy Writers Room last year, and was invited to a drinks reception at Broadcasting House. It was immediately obvious that there were as many, if not more women than men, present at the reception. The competition is judged anonymously, meaning judges have no idea of the gender of the writer, so this gender balance was genuinely meritocratic. Despite this, only 16% of working UK screenwriters are female. When Caitlin Moran pitched Raised by Wolves to the BBC it was rejected, direct quote, on the basis that “they’d already got a sitcom led by a woman”.

Personally, I think this issue is one of both opportunity, and of representation. There is a clear bias, whether conscious or subconscious, towards male comedians, which these statistics reveal. The consequence is a lack of representation, which then breeds lack of understanding. An interview by Jane Garvey on Woman’s Hour last year had the producer of Mock The Week attempting to defend the lack of female comedians on panel shows by saying that, despite their best efforts, no female comedians will accept their invitations, for fear of tokenism. This results in a self-perpetuating cycle where men are given both greater opportunities and greater representation within the field, increasing the gap ever further.

On a darker level, there is the high level of sexual harassment that women in comedy face. A BBC study found that 53% of women experience sexual harassment at work. For female stand up comedians, that figure rises to 75%, with 25% of female comedians having been molested by a fellow comedian.

My experiences as a woman in comedy in Oxford have been more positive – our student body is fairly progressive, and I am lucky to have lots of inspiring women in comedy around me – but have nonetheless revealed that this social trend goes deeper. I am the current President of the Oxford Revue, and even in Oxford, I have seen the exact same material receive a better response when performed by men than by women. My own ex-boyfriend told me not to bother going for the Revue presidency. The relationship did not last particularly long after that.

To consider why men feel threatened by funny women, I think an enquiry into the historical function of comedy is pertinent – after all, the idea of humour as an artistic goal unto itself is relatively new. Previously, comedy was a means of social commentary and social division. If we consider the role of the fool in the medieval court, this idea is manifest. David Baker writes that the function of the fool character in medieval comedy is as a destabiliser of hierarchy – in order to succeed at creating comedy, the fool must change the existing power dynamic, making the audience the fools instead. Comedy therefore poses a threat to institutional power structures.

On a similar vein, Sandra Davies has examined the role that comedy plays in defining cultural boundaries and parameters in the modern world – it is through comedy, and edgy humour, that we can define what is and isn’t acceptable cultural thought. Jokes about ethnicity, gender, sexuality, religion all help to test the boundaries of cultural thinking, either reinforcing existing norms, or paving the way for cultural change.

If we see comedy as a potentially potent political force, the dangerous potential of funny women for the patriarchy becomes clear. The idea that women are less funny is therefore an institutional misogyny which silences dissent. Which I’m sure is what Angus, Thongs, and Perfect Snogging was getting at.

Katie Sayer will be performing along with many other funny women at the Edinburgh Fringe in the Oxford Revue’s Assembly Show August 1st-25th.

American Pie: Reunion – Anyone for leftovers?

Journalism hit by Frost-bite? We’re Palin jus’ thinkin’ about it