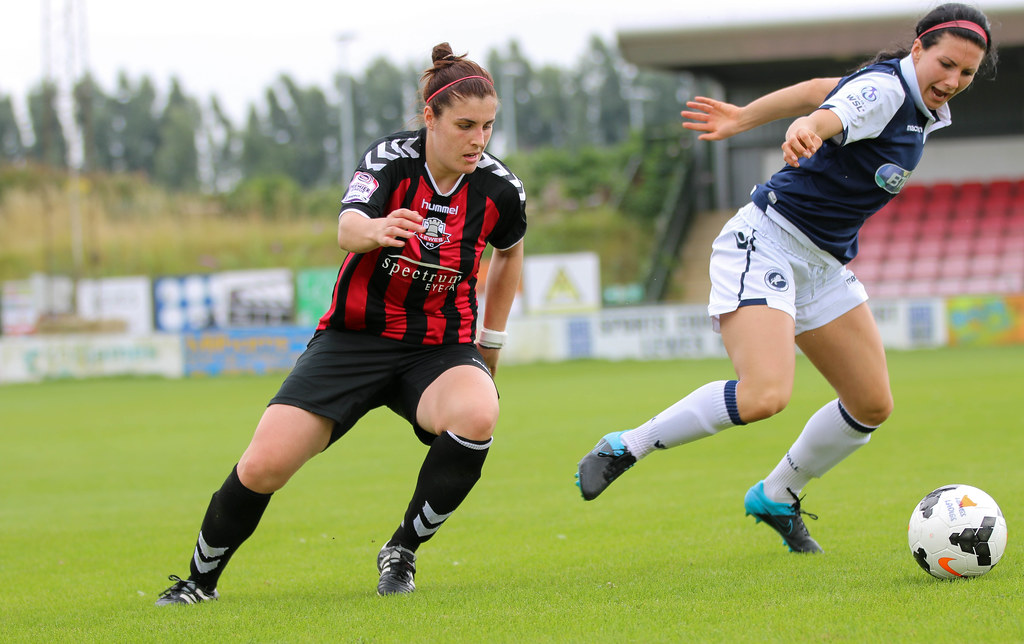 Football. Sweary drunk people. Far too many men not wearing T-shirts. Famously not my scene. But this summer offered me a gateway into the great British tradition of watching football in a pub. I have always grown up detesting the rowdy group of men who gather in the pub to watch football matches, getting obscenely drunk, and shouting abuse at the TV. But this summer I became captivated by it.

But what had changed? The men in the pub certainly hadn’t. This summer was the first time it genuinely felt that women were allowed into the exclusive club of people who are valued for playing football, and as an obvious result, women became interested in watching football too. I’ve watched the woman’s world cup previously, in my room on my own. This year, the atmosphere surrounding it was different.

Well firstly, companies started to use women’s football more for advertising. The amount of times I saw tweets from various different companies unrelated to football, and accidentally liked them as a tweet supporting gender equality in sports, before thinking ‘damn, they got me’, made me think about how clear an advertisement opportunity the woman’s world cup was.

Women’s football did a great job at bringing a new energy to women’s sports. What is needed now is a way for this energy to manifest itself in other sports.

But the real reason women’s football has taken off is just that the England women’s football team is just really good. As a Welsh person I hate to admit that. (Also shout out to the Welsh Woman’s football team who I wish I had seen more of). But fundamentally, it was only a matter of time before people started to realise just how great it was to watch the Lionesses play. Obviously, we can’t downplay the importance of the role money plays in these situations, but we can’t ignore the fact that some of the women on the England team are honestly just captivating to watch.

And the same goes out to women in other sports. I’m excited to see the hype around some of the amazing women tennis players, although gender inequality in tennis manifests itself in a different way to sports like football. But the very British sport of cricket hasn’t seemed to follow in the same path as women’s football. The women’s ashes are ongoing and yet I had to actively search to figure out how to watch this. If we can’t get women cricketers the recognition they deserve here in Britain, the birthplace of cricket, where else can we?

Women’s football did a great job at bringing a new energy to women’s sports. What is needed now is a way for this energy to manifest itself in other sports. I’m very excited to see what the future holds for women’s sports, but in the meantime, I will continue to enjoy it for what it is: an equal, if not better, quality show.

Iffley to prepare for next Bale