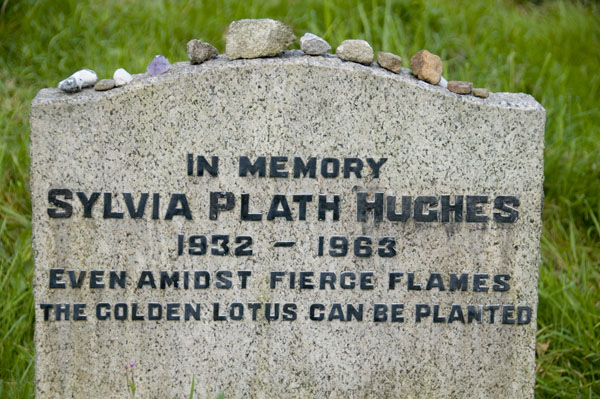 Sylvia Plath and Ted Hughes are undoubtedly two of the 20th-century’s most celebrated poets. However, in the decades following their death, it seems that the public increasingly disregard their verse in favour of a deep fascination with their married life. Decades after Hughes’ death – and almost 60 years after Plath’s – the tragic circumstances of Plath’s life, including her mental health problems, miscarriage and eventual death provide a morbid interest for readers the world round.

Because the drama of the couple’s verse so often reflects the tumult of their relationship itself, unlike the ordinary celebrity, fans are able to understand the profound emotional strains of the marriage through the prosaic voice of Plath’s confessionalist verse. The dark allure of the couple’s personal life together, alongside their praised verse, means that they remain a persistent obsession for many.

Ted and Sylvia’s famously tumultuous relationship began on the night they first met, at a soirée for a Journal launch at Cambridge University. Plath was immediately attracted to Hughes,  she wrote in her diary the next day: drunk from the whiskey which she had been drinking all evening, she had been dancing and revelling, and was eventually approached by Hughes later that evening. Plath attempted to impress him by reciting his poems which had been published in the Journal. They later ended up alone in a room together: when Hughes began to kiss her, she bit deep into his cheek – and described the “blood running down his face” in her diary the next morning.

Nowadays, it is commonly known that Hughes and Plath’s complex marriage was marred by abuse and exploitation. In the years following Plath’s death, Hughes’ poetry readings would be interrupted by cries of “murderer”; he faced wild accusations, death threats… Their relationship was even the subject of contemptuous poetry: Robin Morgan, known for her radical feminism, published her controversial poetic indictment of Hughes, ‘Arraignment’, where she openly accused Hughes of Plath’s abuse and even of her murder. In fact, Morgan’s poem proved so volatile that the collection it was contained within was banned and Morgan was faced with lawsuits.

Despite it being over twenty-one years since Hughes’ death (for emphasis, their daughter Frieda is now 59), public interest has prevailed – even, increased. This is partly on account of the ongoing state of affairs: only two years ago, a series of intimate letters were unearthed, written by Plath to her therapist. Shockingly, she had attested that Hughes had beaten her just two days before her miscarriage of their child in February 1961. Understandably, the extent of Plath’s suffering from this miscarriage was tremendous, and can be seen in some of last few poems; in ‘Parliament Hill Fields’ she writes: “I suppose it’s pointless to think of you at all. /Already your doll grip lets go”. Plath clearly blamed herself for the miscarriage, writing that “I am too happy”, resentful of herself for having joy despite the terrible fatality.

Because the drama of the couple’s verse so often reflects the tumult of their relationship itself, unlike the ordinary celebrity, fans are able to understand the profound emotional strains of the marriage through the prosaic voice of Plath’s confessionalist verse.

If the shockingly intriguing details of Plath and Hughes’ married life weren’t enough, macabre fascination was only to be bolstered by the eerily similar death of Hughes’ later lover, Assia Wevill, who had been involved in an affair with Hughes since the summer of 1962 (less than a year before Plath’s suicide). Subletting his house in Primrose Hill to Wevill and her husband, Hughes had become infatuated with her, making longing references to her in his verse. For example, in “Dreamers”, the speaker – who is assumed to be Hughes himself – writes of her: “She sat there… / Slightly filthy with erotic mystery…”. However, as he had done to Plath, he subsequently embarked on even more affairs, including those with Brenda Hedden and Carol Orchard. Wevill became increasingly ostracised by her family and friends and, with Hughes’ affections having seemingly moved onto other women, Wevill killed herself and her four-year-old daughter using a gas oven.

The disturbing similarities in the women’s psychological deterioration and circumstances of their suicides proved damning for Hughes – and significantly furthered fascination. Moreover, Hughes’ reluctance to comment on Plath’s death aroused even greater suspicion, seemingly implying that he had something to hide. If Hughes’ maltreatment of Plath (and Wevill) in real life weren’t enough, he continued to dominate Plath’s literary life after her death. Infamously, Hughes maintained control of Plath’s estate – which involved having free reign over her posthumous works. As is the case with Ariel, Plath’s most famous collection, Hughes actually re-organised some of the poems (arguably in order to emphasise his wife’s psychological instability). In total, Hughes cut 12 poems from the collection and added 12 new works, meaning that the final 8 poems were all later additions. It has also been alleged that Hughes had destroyed some of Plath’s final works, as well as her last journal – which likely contained damning details of her final few months.

Undoubtedly, the controversy surrounding the couple’s real-life relationship as well as Hughes’ interference with Plath’s literary legacy solidified their reputation as one of literature’s most famed couples. Because much of their verse was visibly affected by their emotions at defined moments of their lives, one is able to read their verse alongside one’s knowledge of the context of their marriage; both inform the other. But it is equally true that interest is not a mere literary matter, as Plath’s suffering has become somewhat of a symbol of feminist suffering. For decades, Plath’s grave has been repeatedly vandalised – her married name being repeatedly chiselled out (an attempt to condemn Hughes and glorify Plath’s individual achievements). After each of the defacements, Hughes had the damaged stone removed and another put in its place (which only infuriated Plath’s supporters even more).

The matter of Plath’s gravestone demonstrates the extent to which extreme public interest remains steadfast. Whereas in the initial years following Plath’s death, attentions were directed towards Hughes as being cruel and manipulative, subsequent decades have seen the evolution of attitudes towards the couple. As the years go on, Plath and Hughes’ relationship becomes increasingly mired by prosaic mysticism; Plath has been adopted by angsty teenagers, her terrible plight being strangely romanticised online.

Although both poets were famed in both life and death, the public remains fascinated; with allegations of abuse, a miscarriage and two suicides, this is hardly surprising. What is so appealing is that one can never be entirely sure of the reality: while the evidence against Hughes is hard to contest, the uncertainty which exists means that readers will always be led to interrogate Plath and Hughes’ literature for clues. What’s more, their abundant poetry provides a source of enlightenment which helps to illuminate the complex emotional and contextual factors that influenced their work. As long as their literature remains popular, Plath and Hughes’ marriage will always be at the forefront of the discussion of 20th-century literature.