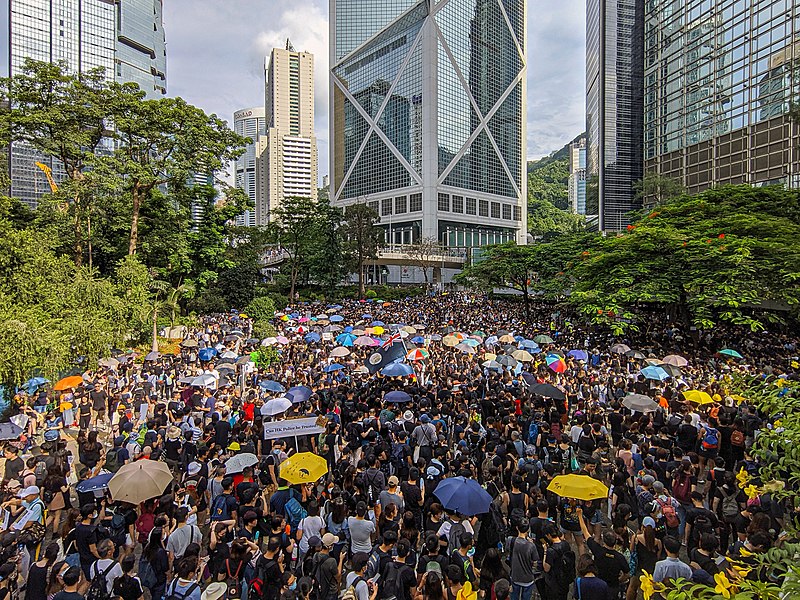 Hongkongers at Oxford – Caught Between Protests and Prelims

Exams are a stressful time for many, but for some Hong Kong students at Oxford, they have proved particularly difficult. Jessica, who studies at the University, told me that her friend had to take his papers whilst his relatives were embroiled in the pro-democracy protests back home. “His family members were in the front-line. They were tear gassed and there was absolutely nothing he could do about it. He told me that he cried throughout his Prelims, as he was writing them.”

By now Hong Kong has been in turmoil for around five months. Sparked by a proposed law which would allow extradition of people to politically controlled courts on the Chinese mainland, demonstrators have taken to the streets in vast numbers to protest the erosion of Hong Kong’s liberties. For most at Oxford, and in Britain as a whole, these events can be followed from afar, as foreign observers whose link to the territory expired over two decades ago in the 1997 handover to China. Hongkongers studying at the University have no such insulation. Often obliged to watch events unfold at home from a distance of thousands of miles, their experience has been doubly difficult.

Jessica was herself still in term when the protests escalated in early summer. “It was definitely really heart-breaking”, she told me. “We were so far away and couldn’t do anything.” It was only on returning home for the long vacation that many of these students have had a chance to voice their anger in person. For Jessica it marked her first participation in the democracy demonstrations. Back in 2014, when Hong Kong’s ‘Umbrella Movement’ formed to oppose Beijing’s screening of candidates for Hong Kong’s Chief Executive, she had remained on the side-lines. “I was pro-democracy”, she notes “but I was still in secondary school, and a bit too young to understand what was happening.” Now, having attended ten protests, Jessica has fully involved herself in the struggle – and it is precisely the addition of hundreds of thousands of new demonstrators to an older core of pro-democracy veterans which has made the events of 2019 so significant. Indeed, students like Jessica form only one part of an increasingly broad coalition.

Joshua Wong, leader of the Umbrella Movement at only 17 and Nobel Peace Prize nominee, recently released from prison when I spoke to him, was quick to emphasise this shift– “200,000 joined the protests 5 years ago; 2 million joined the general strike [in August]”. While several of Jessica’s friends still remain suspicious of the protests, it is clear that what Wong terms “the spirit of the Hong Kong people” has reached more than just a few. Specific protest marches for lawyers, teachers and civil servants are one indication of how much the professional classes have made common cause with the younger generations. So engaged is much of the city that its non-human residents are out on the streets too. As Jessica told me, “We are actually hosting a demo for pets and animals next week.”

Yet the growth of the demonstrations beyond its student core has not demanded a consequent dilution in the radicalism of its aims. Amid widespread police violence and denunciations on state media, protestors have if anything grown more ambitious. Ryan, a recently graduated Oxford humanities student from Hong Kong, told me over the phone that only fundamental change could satisfy the demonstrators. “The withdrawal of the Extradition Bill on its own won’t please the vast majority of people in Hong Kong. It won’t get the protestors off the streets, because it’s really very little. It only means returning to the status quo.” Nor would the resignation of the Chief Executive of Hong Kong be enough to end the unrest either. Carrie Lam, the current holder of the office, is, as Wong bluntly puts it, “just a puppet of Beijing”. Elected by a body of 1200 skewed towards the interests of the Chinese Communist Party, the Chief Executive is inevitably beholden to the mainland. Original demands for investigations into police brutality, the removal of Lam and the withdrawal of the Extradition Bill now represent merely “short-term goals” in Wong’s eyes. “Hong Kong”, he notes, “needs free and fair elections”. Jessica put it to me in even starker terms. “What we need is honestly a revolution. We want something that will change the political system fundamentally.”

The question of course, is if any of this is possible. While the students I talked to were undeniably ambitious, they were not starry-eyed dreamers. In fact, they often retained a cold realism. Jessica, despite her desire for wholesale change, readily admitted to a degree of scepticism – “For the last demand, which is universal suffrage, I’m honestly not that optimistic about it.” Even Wong, well used to facing impossible odds, suggested that should Beijing opt for overwhelming force, protestors will be powerless to stop it. “If the army storms the streets of Hong Kong”, he told me, “there is not much Hong Kong people can do”. Both however, saw a virtue in aiming high – while President Xi Jinping, deeply suspicious of Hong Kong’s democratic protests, is probably unwilling to allow the creation of a broad Hong Kong electorate, the size and scope of the demonstrations might yet force smaller concessions.

The continued commercial importance of Hong Kong could also make Beijing think twice about its next move. In some respects, it does possess greater leeway to manhandle Hong Kong than it once had. When Britain handed over the territory in 1997, Hong Kong represented almost 20% of China’s economy, a figure which has now sunk to 3%. Yet because Hong Kong differs from the authoritarian mainland, its liberalised legal and financial systems allow it unobstructed involvement in Western markets. As a result, it acts as a key source of dollar lending to the mainland, holds the world’s fourth largest stock exchange and allows for vital investment from abroad in China’s rising corporations, such as electronics manufacturer Xiaomi. How much all this affects the Communist Party’s calculus is however hard to judge. As Ryan remarks “It’s a fool’s errand trying to predict what’s happening in Beijing. Everything’s on the table. Even the people out on Chinese state media, the commentators, the journalists who profess to speak for the Chinese regime, I don’t think they actually know what’s happening in the upper echelons of the Politburo.” As mainland forces mass in adjacent Shenzhen, the threat of a full-blown invasion remains – that such movements have been ongoing for weeks now also indicates however, that this drastic step is no fait accompli.

What might happen to Hong Kong remains therefore unclear – it is an uncertainty its students at Oxford may well have to carry back to Britain in October, caught again between the comparative tranquillity of the University and the turmoil of their home. When I asked Wong, what we at Oxford might do to help, he suggested we could realise our own capacity for change – “You don’t need to wait until after graduation”. Protestors like Jessica are testament to this, but perhaps no better proof exists than Joshua Wong himself. At only 16, he organised rallies of 100,000 against the imposition of Beijing-tailored curriculums in Hong Kong. Now he’s even served months in prison. If Hong Kong’s struggle must retain a special significance to the students who hail from it, then perhaps, as Wong suggests, there still remains a lesson in courage for the rest of us who look on.

Some of the names in this piece have been changed at the interviewees’ request.

Joshua Wong has since been arrested on charges relating to ‘unlawful assembly’.