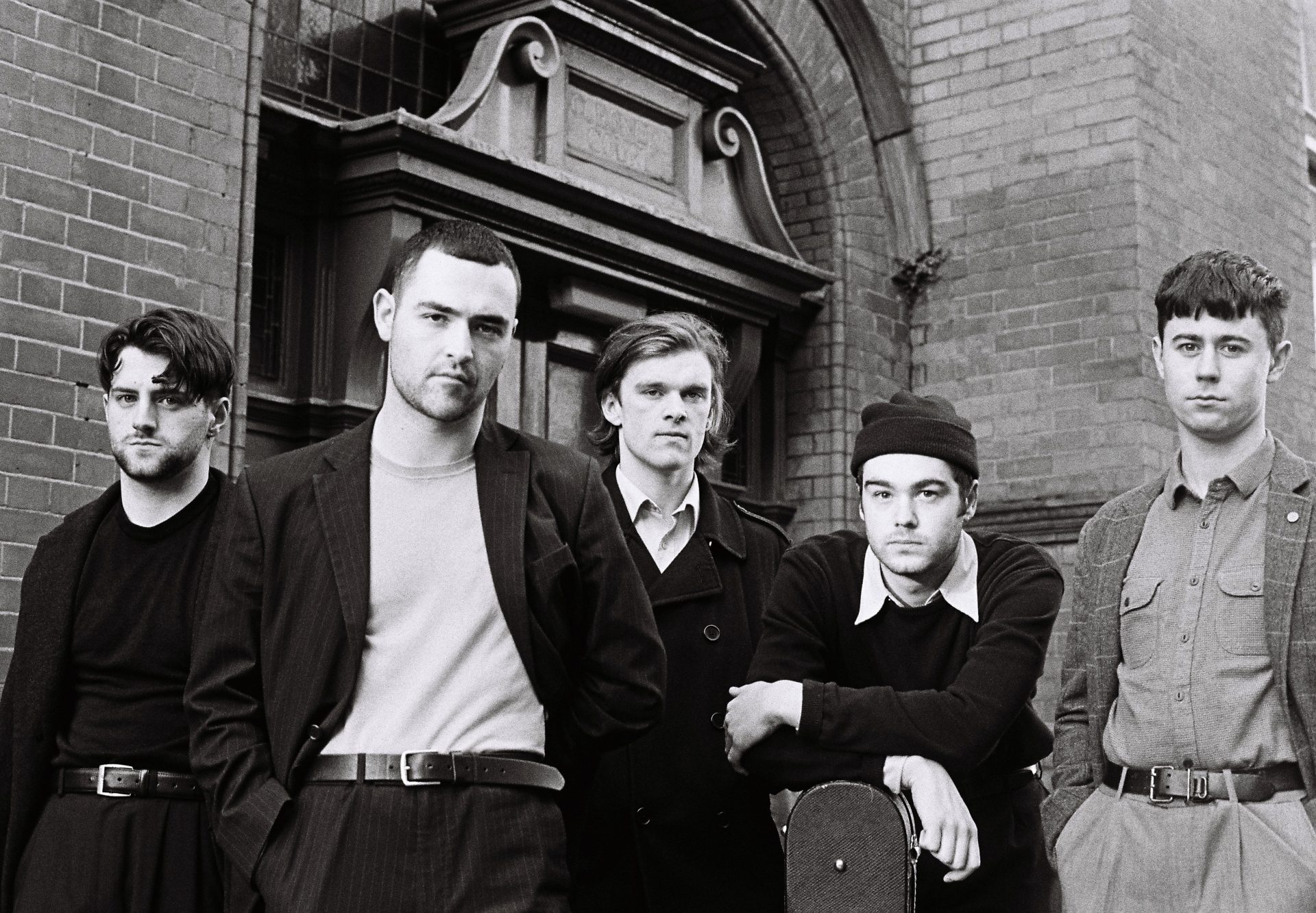 I caught up with The Murder Capital’s drummer Diarmuid ahead of their performance at Oxford’s own Ritual Union festival on 19th October.

When I Have Fears is a staggering debut album for The Murder Capital. James McGovern (vocals), Cathal Roper (guitar), Damien Tuit (guitar), Diarmuid Brennan (drums) and Gabriel Paschal Blake (bass) haven’t been together for long, yet have managed to produce a self-released record that is both fist-pumping, tear-jerking and unbelievably cathartic all at once.  The Murder Capital are part of a bigger and exciting post-punk movement in Dublin that’s causing stirs all over the UK alternative scene. Bands like Fontaines D.C. and Just Mustard have been met with similar critical acclaim and have begun selling out shows all over the UK. In fact, it was Fontaines D.C.’s drummer Tom that introduced Diarmuid to the rest of the band; the two bands have been friends for a while. However, this debut stands out from the rest of this wave of post-punk aggression; it carries an emotional depth that many of the other bands fall short of achieving, unafraid to slow down the tempo and address some more difficult topics. These such moments are during heartfelt ballad How the Streets Adore Me Now (Diarmuid’s favourite off the album) and On Twisted Ground, the latter of which seems to draw upon one of the issues that drove the band to create When I Have Fears, namely the suicide of one of the band member’s close friends. With plenty of post-punk on the nominations list this year, such as IDLES and Dublin’s own Fontaines D.C., it would be no surprise if When I Have Fears is up for (and wins) the Mercury Prize in 2020.

I was keen to ask Diarmuid about the influences that went into creating When I Have Fears, having heard about the inspiration for their single Green and Blue (this came from Francesca Woodman’s harrowing photography, and the band captures the same feeling of brutal isolation). Also, the band’s album’s title comes from the haunting poem of the same name by Keats. “There’s no single band or artist that inspired the album”, Diarmuid tells me. “We’re all into different stuff, I’m pretty big on techno. But Girl Band were a pretty big inspiration for me going into the album”. It’s clear that producer Flood, who has worked with the likes of New Order, Nick Cave and U2 had some input into the creative direction of the record. Diarmuid was keen to stress the fact that since they draw from such a wide range of influences, they expect their sound to change dramatically with their next release; he suggests that “the next album won’t be another When I Have Fears”. This is exciting, as all too often bands have little motivation to change their sound and end up with a sophomore album that feels a little tried-and-tested.

The Murder Capital play Oxford’s Ritual Union on 19th October, but this isn’t the Dublin band’s first rodeo in Oxford, having stopped off at Jericho Tavern during a string of UK dates this summer. Diarmuid suggests that the audience in Oxford this summer was a little tentative; although they packed out the room, “there was no moshing; there was a lot of standing still, and people were still trying to suss us out”. Having seen them this summer at Oxford’s Truck Festival and witnessed their brooding live show, it’s no surprise as to why they’ve gone on to sell out their next run of UK dates; their stage presence is unmatched. Their chaotic wall of sound and crunching bass is a perfect backdrop for McGovern menacingly pacing around the stage, and despite their aggressive and brutal aesthetic they keep incredibly tight. However, adjusting to life on the road means the band don’t have as much time as they’d like to write; Diarmuid adds that “it was lovely to get a few days break last week to write music. We’re off to Athens tomorrow and start our UK tour next week in Bedford”. It might be a good idea to see The Murder Capital live very soon; on the unstoppable upward trajectory they’re on at the moment, they’ll be playing dramatically less intimate venues in no time. You can use the link https://www.wegottickets.com/sct/htcey86GwV to get a discount.