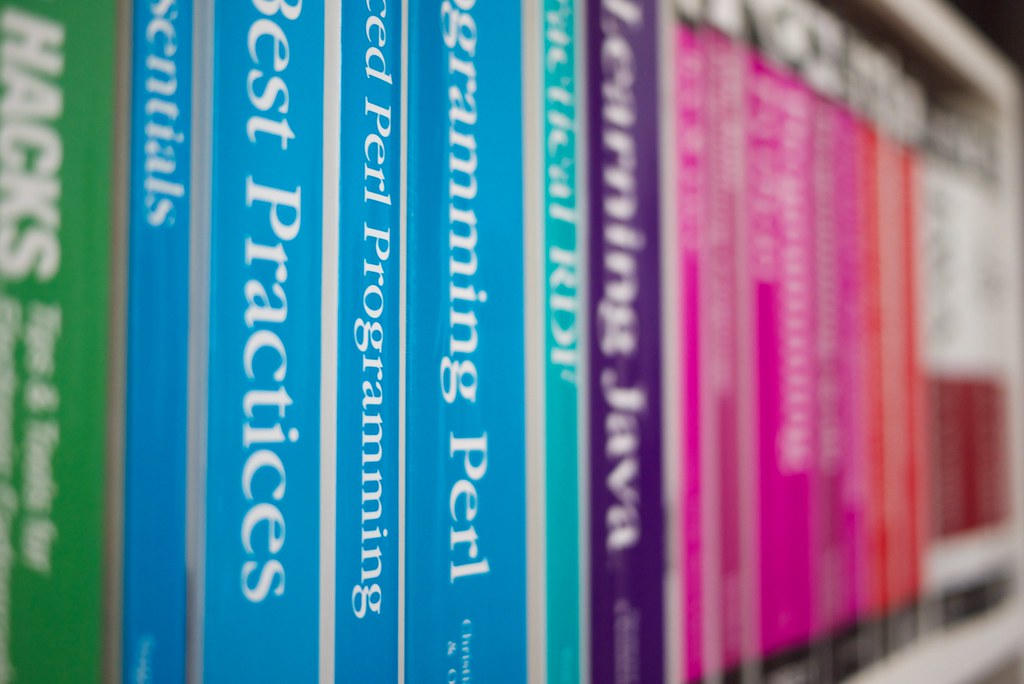 Image description: a shelf of several textbooks arranged according to colour, creating an appearance resembling a rainbow.

It’s Michaelmas term, and this means that the time has come for Just Like Us to run their annual recruitment drive for the LGBT+ Ambassador Programme for students aged 18-25. It also means that it has been an entire year since I signed up to be a student ambassador for Just Like Us at a very tipsy Tuesday Drinks.

At that stage, all I knew was that the role involved visiting schools around Oxford to deliver talks on the topic of LGBT+ equality. This prospect seemed infinitely more terrifying once I was sober and received an email the following week regarding training for ambassadors.

Despite this, I am extremely grateful that the Dutch courage kicked in at that fateful day and that I decided to sign up. My experience of working with JLU really has been the (LG)bee(T+)’s knees (I’m sorry for the pun, I couldn’t resist it and I wanted to get your attention), so here’s why you should sign up too:

Speaking in schools is a lot less scary than it sounds!

Before giving my very first ever assembly at a school in Oxford, I was anticipating being completely roasted by a bunch of sixty teenagers. But in reality, this was far from the case. The group of year sevens who I spoke to were attentive and engaged, with some even asking (sensible!) questions concerning LGBT+ equality.

My fellow ambassador and I were made to feel welcome by staff, and several teachers told us how much they would have valued a talk from JLU when they were at school. It was also very encouraging to see the measures taken by the school to promote LGBT+ inclusivity, such as gender-neutral toilets and rainbow lanyards for all members of staff. All of this is important to bear in mind when considering whether or not to sign up as an ambassador. Schools that work with JLU have a genuine interest in promoting LGBT+ equality, so it’s likely that you’ll be well-supported by both staff and students throughout your visits.

In addition, you’ll be well-supported by JLU – the charity runs a three-day training programme designed to prepare you for delivering talks and workshops. Whilst this seems like a lot of time to sacrifice during an Oxford term, I got the chance to develop invaluable transferable skills, such as public speaking, on the programme, so it is definitely a worthwhile investment.

Although working with JLU is the bees’ knees, LGBT+ inclusive education at my former schools was definitely not. JLU has given me the opportunity to harness my own experience of growing up bi and use it to tell other school kids that it’s okay to be LGBT+. Just hearing that at school would’ve had an enormous impact on me.

As I mentioned earlier, you’ll also be able to answer questions that these young people may not feel able to ask their friends or family. On top of all of that, you’ll be educating kids who aren’t LGBT+ on how to be a good ally and why inclusivity is so important. The positive influence that you’ll create by giving these talks and workshops cannot be overstated.

Since volunteering for JLU I’ve met some incredible people both within Oxford and beyond. In Oxford, I was able to attend training with my fellow ambassadors, as well as feedback sessions in preparation for my first school visit. I’ve also met people from all over the country through working on other JLU projects aside from school visits, including working on the monthly JLU podcast and attending Ambassadors’ Day.

Volunteering and getting involved in projects both within and outside of Oxford is a great way to break the bubble, and I definitely think it’s helped me to manage stress (okay, having no exams this year was also a bonus). It feels amazing to be part of a group of young people who are standing up together for what they believe in, and that this network will stay with me after I’ve gradu(gay)ted (sorry couldn’t resist!).

You don’t have to be out to be an ambassador

The final point that’s important to mention is that as an ambassador, you can influence the next generation in schools and online, without outing yourself more widely if you don’t want to. When certain members of my family ask me what I’ve been visiting schools in Oxford for, I just tell them that I’m doing outreach (although they have probably guessed I’m not very straight by now – which straight girl goes to a Hayley Kiyoko concert? No shade if this is you, of course).

As I’ve just mentioned, volunteering has enabled me to meet ambassadors from all over the UK, but who are also from different faith and ethnic backgrounds. In addition, there are volunteers with diverse LGBT+ identities, disabilities and levels of income. If you’d like to become an ambassador but are worried about a barrier to volunteering, you can get in touch with Taz, JLU’s Director of Volunteering.

Being an ambassador is a simple, manageable and flexible way to do social action locally. I understand that no one at Oxford has a lot of spare time to give, but as I’ve already mentioned, JLU runs a variety of projects and you can be involved with as many of them or as few as you wish.

Being an ambassador is a simple, manageable and flexible way to do social action locally.

If you aren’t in the age bracket required to deliver school talks or you can’t volunteer regularly, there are still plenty of other ways you can get involved. From fundraising to partnerships to becoming a trustee, JLU offers a whole range of ways for you to help champion LGBT+ equality in schools.

So, if you’re aged between 18 and 25 and I’ve managed to convince you that volunteering for Just Like Us is the bees’ knees, you can sign up on their website. JLU would be glad to welcome you!