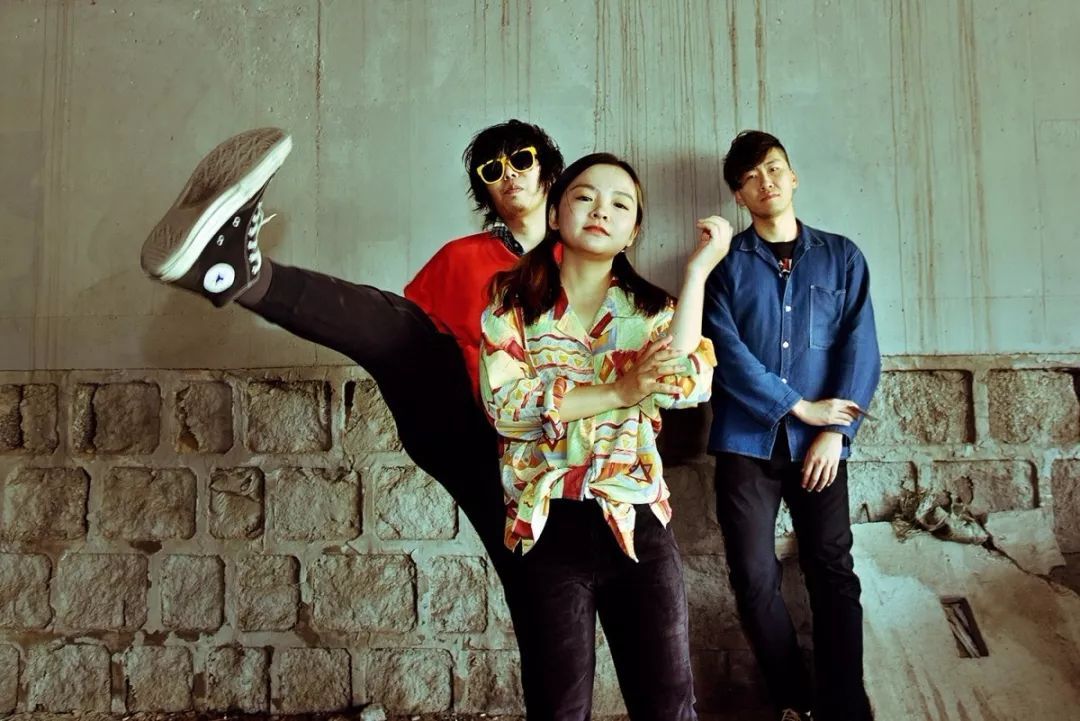 The Hedgehog in the roots

Who would come up in your mind when you think about rock bands? Queen, Rolling Stones, The Beatles, Bring Me the Horizon, Vampire Weekend… All those big names from Europe and America that have thrilled generations and have dominated the global rock music industry, in which we can hardly find any Asian faces. Can you imagine what a Chinese rock band is like?

Rock has never been one of the most popular genre of music in China, where pop and Korean bands have long secured the centre stage. The recent television programme ‘The Summer of Bands’ have ignited new hopes for rock music in China. Many hitherto unknown bands are rediscovered or given a stage to show off their talents through the competition. There are many who have taken an easy route by completely appropriating western-style rock and claim Chinese participation in the international rock race. However, the musical form of artistic expression resists formal copying and can only be effective when sincerity and originality shines through. It is these qualities that have attracted me to the band that I have met. The music of The Hedgehog is characteristically local, evolved raw from the members’ lived experience in Beijing, without packaging.

It was in an unusually casual manner — through the lens of Skype — that I cut into the daily life of the members: the vocalist Zijian Zhao, the drummer Shilu, the bassist Yifan He. Their relatively unkempt appearance has become a joke through the episodes of the programme, thus it was not surprising to see Zijian sporting his usual bombshell-haystack hairstyle and Shilu evidently without any make-up on her face. “Maybe I should have found a stylist to tidy my hair up a bit…”, Zijian muttered. Perhaps, I would agree, but this may be the real style-to-rock.

The sense of rootedness in their look seems coherent to The Hedgehog’s style of music. Their debut performance in public on the stage of ‘The Summer of Bands’ points to a new shelter for the young people in China. With the singular riffs of the electric guitar, we’re already on the roads, soon joined by the steady beats of the drum. Occasional percussive ornaments recall the wooden hand props of crosstalk (a traditional Chinese stand-in comedy). This opening constitutes a passage traversing time and places, at once taking us through the old Hutongs of Beijing and through the high way. It introduces a complex sense of time that bespeaks the inner contradictions of Beijingers having witnessed the transformation of the place and internalised foreign influences in their own ways — which is echoed in the texture of Zijian’s voice. As the guitar varies out and ascends, collapsing into a swelling of cymbals, we have arrived: “Hellohellohellohellooooo…” The crispy voice of drummer Shilu first appears as part of the melody, then, in increasing volume augmenting into a youthful and determined shout, “Hello, everybody, WE ARE—The Hedgehog—!”

“The music of The Hedgehog is characteristically local, evolved raw from the members’ lived experience in Beijing, without packaging…”

The audience is already buoyant. They have made their reputation.

The leitmotif of the song is then announced, setting the scene with a distinctively-Chinese poetic imagery, as described by the title of the song: “As the train speeds out of the clouds, the soul of dreams reside above the sky.” The atmospheric expanse and a sense of reaching out and striving is reiterated throughout the song in a clear melody from the synthesiser who imitates the bright and resounding texture of trumpet. This theme will soon be expanded in the lyrics of the singer, who relates the chasing of dreams specifically to the band and to the general experience of frustration and hardship that would appeal to many listeners.

The Hedgehog’s rock has a sentiment that is ethnically and culturally specific, being more lyrical and expressive than it is die-hard lash-it-all-out takeover. They wanted to become the very kind of bands that have first attracted them to rock, making music that is “simple, direct and powerful”.

It is perhaps their distance from the commercial music industry and the latest trends that have preserved the purity of their practice. Zijian sees themselves as ‘dawn band’, “when they organised this competition they should have invited younger bands,” he confessed in self-mockery “I think we’re already old horses.” They are not the faces expected by the audience. “The Summer of Bands’ gives the impression of the sprite of teenage years, “those with force and daring.” This pessimistic comment is a cleverly expressed self-complement that celebrates exactly these qualities supposedly belonging exclusively to the young — of youth and energy — and claim them their own, as they now stand on stage, not as targets of critique but rock stars of the future.

They had started in one of the lively nightclubs at Wu Dao Kou, the famous crossroad that concentrates the young university social-newcomers and foreign students in northwestern Beijing. Life was bitterly hard, as many of The Hedgehog’s lyrics tell us, and even harder when you have to rock it hard every night, in English lyrics that hardly make sense, shouting to some masses of strangers: that it all doesn’t matter, that you could not care less. However, they did not need to wait long for that nightclub to close, after which they become literally ‘floaters’ in the city.

Many years have passed since then, and for a long time their activities had to stop to give place to the trivial necessities of life. Zijian was working as a white collar tied to the office, while Shilu became a single mother. And that was when it was ten times cheaper to finance a performance. “It’s just too hard for them…it’s insane.” When asked about the band, a friend of theirs shook his head in disbelief at their perseverance.

“It may be that they are neither perfect nor glorious, but they make you live differently, in wonder.”

Indeed, Zijian had once thought that he has lost the youthful passion for rock and for performance, “It is easy to feel engulfed by the relentless splashes of life, to feel old, that “our youth has passed.” Sitting the general high school examination, going into university, then getting a job…in China, everyone goes through the same system towards supposed fulfilment of life. “And then you can’t find a job, and when you have finally found one you realise that the working environment is not at all like what you have imagined. On the way, you give up some hobbies, some dreams, or you pretend to keep going.” Zijian indifferently lists out the common life story behind his shades; the other two members sit in silence, Shilu looking down and fiddling with the threads of the armchair, while Yifan habitually sits straight with arms crossed, gazing into the distance. “There are many conflicts in life.” It is these conflicts that The Hedgehog sing out in a long howl at the preordained fracture of the glaciers of hope and social reality.

Zijian marvels at the coincidence that life has arranged for him, giving him streaming sparkles of ideas during the lowest point of his life that would shape a long-sought piece. “It’s all about longing,” Zijian said about their most popular song ‘The Train Speeding Through The Clouds, Dreams Lying Above The Sky’,“longing for stability, [and] for less turbulence for our bands.”

The music-making environment in China is very different from that in the West. On first glance, the industry is booming among other markets fuelled by the increasing economic development. Those parents who can afford send their children to learn the piano, in pursuit of the aspiration of the burgeoning middle-class for western Classical cultivation. Rock, however, is generally looked down upon for its associations with the undesirable corners of the city that are still stuck in the Chinese mind. And, committing to rock as a profession — rather than a hobby — means breaking the accepted boundary of appropriateness and normality by doubling the prohibited terms, for the accepted fact is simple: music is a hobby, or an entertainment, and should remain as one. In this situation, support from both the society and the family is so limited that The Hedgehogs have to count on themselves. “We have done many unprecedented things, but without regrets. It may be that they are neither perfect nor glorious, but they make you live differently, in wonder.”

As part of the city’s root culture, fame was much unexpected.  “Even someone like me who usually lacks a sense of presence now gets recognised in the street”, Yifan remarked in a half-lamenting half-chuckling way, with his arms crossed as always, hair combed to the side as if to emphasise further his height. Rock musicians (not ‘stars’), in their most original form, lead a different kind of career from pop singers. And The Hedgehog represents this tradition to the extreme. “You don’t need to keep the exposure”, Zijian says as if a burden has been released from his shoulders. “When you release an album, it’s enough to keep the quality.” Playing in a band is different to showing off skills as a solo, “You need to sacrifice a lot of yourself”. In order to serve a song, having superb techniques is less important than that the consciousness and aesthetics of the trio be highly in sync and compatible.

“The constant strained on the nerve during the preparation means that you are always on the verge of collapse.”

If rock’s noisiness falls prey to the misperception of a childish nonchalance, for The Hedgehog, it is precisely in rock that they find music most serious, unlike other types of music intended to give leisure and relaxation. “I would prefer a quite room, and listen to the songs carefully, to read the lyrics, which makes you think about things.” Their rock spirit has nothing to do with the struggles of rebellion but has stemmed from the struggles in life that leave one shaken and bruised all-over yet through the process one grows. Before her first performance, Shilu could not understand why people would cry on stage, “the constant strained on the nerve during the preparation means that you are always on the verge of collapse”. The few minutes of performance thus represent the explosive moment that bursts after long-term oppression, during which the musician gives his or herself to the world. They seem to see their music as a carrier of the singers’ emotions that get released in each performance. It pricks, like hedgehogs and medicinal acupuncture, yet after your participation you have been cured and feel better. The rock music of The Hedgehog is as much aggressive as it is therapeutic.