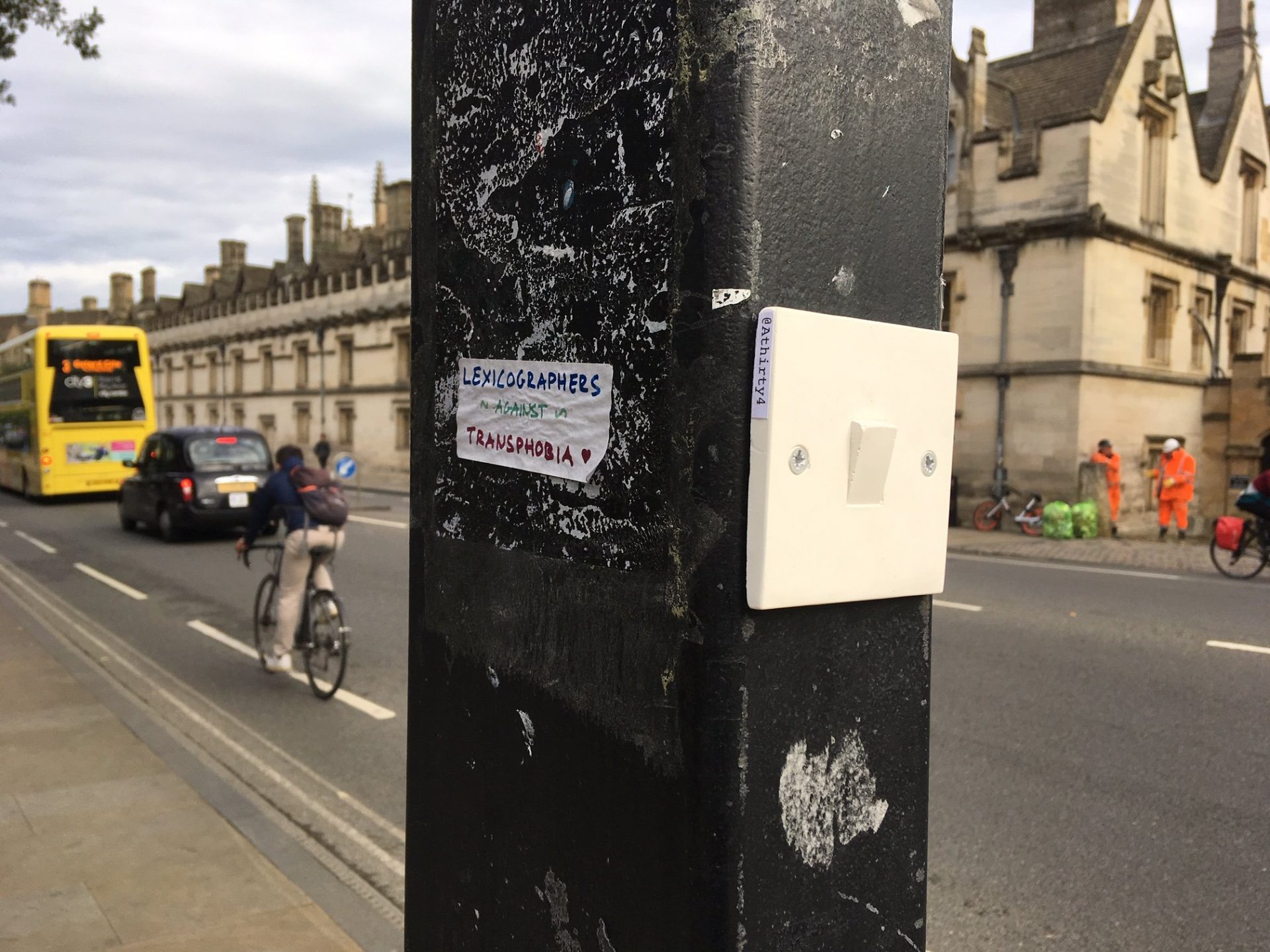 Over the past few weeks, the appearance of household light switches, placed surreptitiously around the city, has prompted discussion amongst students; plastered on lamp posts, street signs and post boxes, while the switches have generated amusement on account of their quirkiness, the question remains as to their actual meaning.

But, it seems that this ambiguity is the exact response intended by the artist behind the project, Athirty4, who has worked on a number of other Oxford art ‘installations’ (such as a washing machine displayed in a local underpass). On his Twitter account, Athirty4 wrote that he is: “merely celebrating this everyday, transformative object that largely goes unnoticed”.

This could be a disappointment for those who might have tried to search for some profundity in the work; perhaps, the switches are an ominous symbol for the contaminating effects of electrical pollution? Perhaps they are a metaphor for the increasingly emotionless detachment of humans from the ‘real world’, with the rise of social media reducing human interactions to those turned on and off by a switch.

Or, maybe they’re just intend to provoke amusement and a new perspective – nothing more.

After all, does art need to have a meaning? Unlike his previous works, the artist deliberately left these switches without any sort of explanation.

Public art, that which is staged in the public domain, often making use of pre-existing features or objects (such as post boxes), can draw attention to the everyday world around us: surely, Athirty4’s latest installation(s) does just this, for though the actual intelligence of the work may be contentious (after all, they are simply light switches glued to bus stops?), it cannot be denied that the switches force us to reconsider objects and situations which would ordinarily sink into the background of mundane life.

The switches force us to reconsider objects which would ordinarily sink into the background of mundane life.

Akin to the – sometimes frustrating – ambiguities of abstract poetry, the deliberate lack of meaning (and obvious peculiarity) coaxes-out a deeper emotive response within the viewer: i.e., it could be argued that the meaning of works such as these is their exact lack of meaning, for the absence of an explicit purpose encourages the viewer to draw their own conclusions.

While it is yet to see how the switches are received by the local authorities (it is likely that they will soon be removed), the switches have succeeded in creating intrigue amongst the local community – so head out and have a look for some cunningly-camouflaged light switches before they disappear!