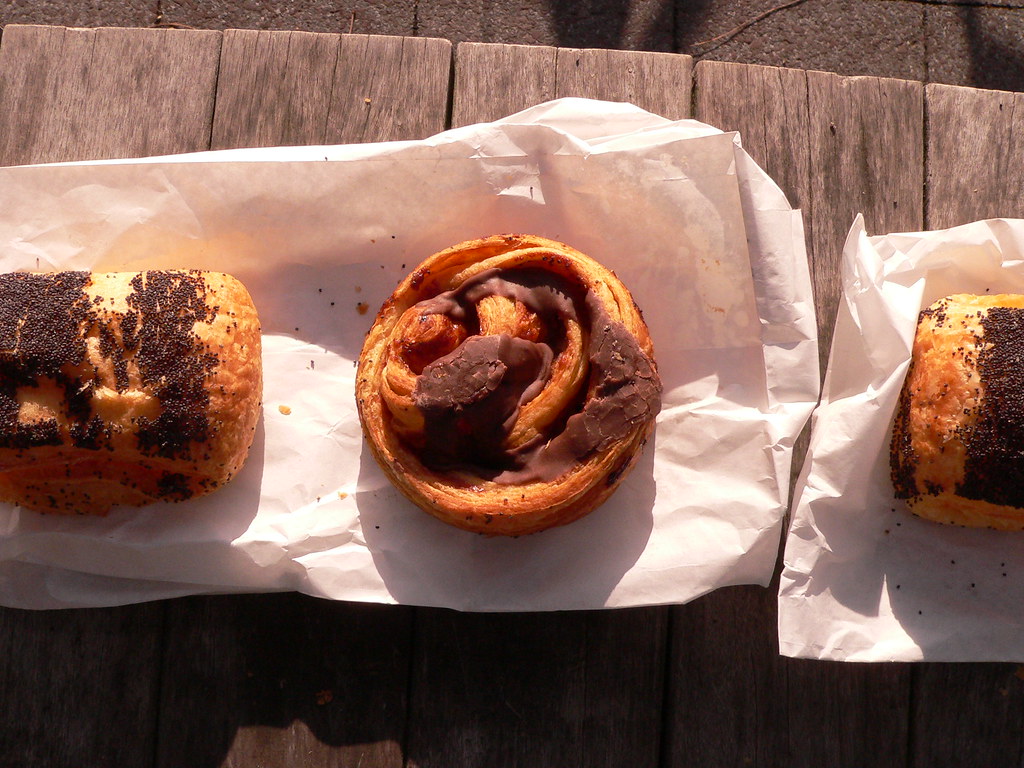 It was another cold afternoon in the fridge. Danish Pastry was chilling alone on his shelf, which was just how he liked it. He enjoyed being the pastry with all the secrets. The stupid humans had left him in there over night. He laughed and lit a cigarette. No flakey crust for them.

He was cynical, he decided. He had seen too much of the world. As a superstore pastry he had seen it all; corrupt deodorant cans that randomly sprayed aisle shoppers, stale sushi rolls who sunbathed to give indigestion. The works.

“He had seen too much of the world. As a superstore pastry he had seen it all”

He wasn’t like those soft pastries at Bakery 24. Always smiling, fresh and naïve out of the oven. He shook his head. Croissants were always so happy – he didn’t like it. They’d never been in the real world. They were always eaten in cafes next to overpriced coffees and chic flower arrangements. They hadn’t been on the tube like he had.

No, he was not like them. He was very much a cynic. His cigarette was almost out and he stubbed it on the stainless steel. He only had five hours before he’d start to smell. There needed to be a case to solve, and fast.

“He only had five hours before he’d start to smell. There needed to be a case to solve, and fast.”

As if on cue, Grandma Graham Cracker hopped on his shelf, which meant one thing. A case. He sighed. This was good, but she was annoying.

“Danish Pastry! I have a case for you!” She stumbled towards him, almost falling out of her wrapper.

He sighed again. “It’s D.P now” he said, wishing he still had his cigarette to smoke.

“Oh yes!” she laughed. “Abbreviating names, I love it! I heard that’s what all you kids are doing now. In that case I’m G.G.C.”

She paused and counted up to five. He groaned. Dramatic pauses needed to last at least ten seconds for maximum effect.

“We need to hurry.” She whispered. “It’s on the bottom shelf. Of the freezer.”