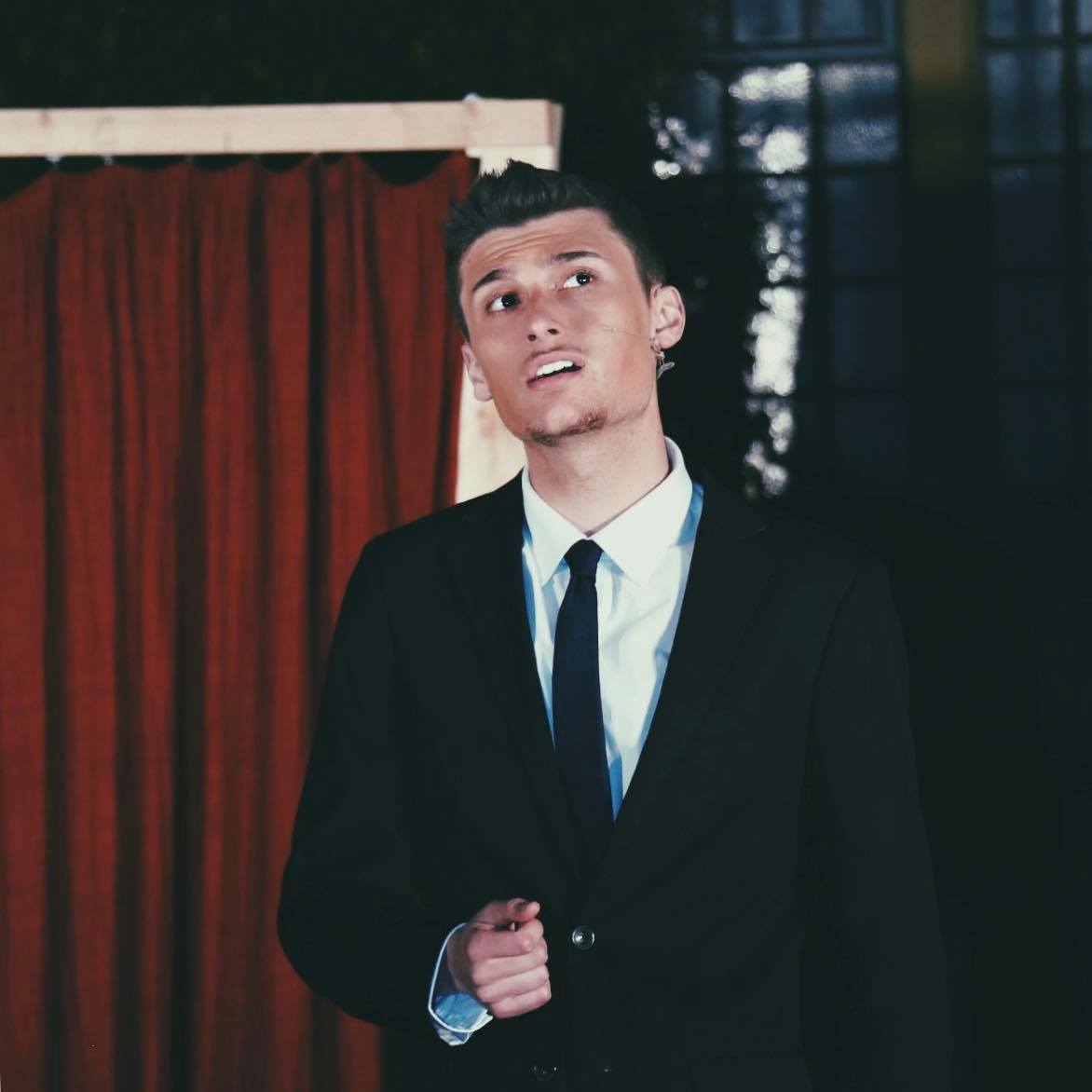 Nathan de Giorgi, a second year music student at Hertford College, made a name for himself last year off the back of several successful musical theatre appearances including ‘A Little Night Music’ and ‘Made in Dagehnam’. As the President of the Hertford Music Society (HCMS), choral award holder, and conductor of the Hertford Orchestra, Nathan also plays an instrumental role in the music scene of Hertford. Keep your eyes open for him on the stages of Oxford this year!

What art and music groups and societies have you been involved with while at Oxford?

In my first year at Oxford, I was chosen to conduct Hertford Orchestra (having never previously conducted before), and joined a chapel choir for the first time. Both have been really fulfilling and enlightening. Directing an ensemble is challenging but ultimately highly rewarding, and the choir is super fun, with a recent tour to Budapest being a highlight. In terms of drama, I was very fortunate to be a part of Made in Dagenham’ at the Oxford Playhouse, as well as a lush interpretation of Sondheim’s “A Little Night Music’ in the beautiful gardens of Queen’s College.

What’s been your favourite production to be a part of?

I really enjoyed ‘Made in Dagenham’; performing at the Playhouse made it all the more special. I do have a special place in my heart for ‘A Little Night Music’ however. It was such a challenging production in an unusual setting and my role was one of the most multifaceted to date. Seeing it all ultimately come together was an absolute joy, and the cast was exceptionally talented. My friends all brought picnics and had a thoroughly wonderful evening.

Outside of societies, you also produce your own music and are in a band, Rai Kah Mercury. Have you found it difficult to shift between working alone or in a small group versus a large ensemble?

So individually, I have recently been writing music for theatre and also a couple symphonies. I enjoy the personal creative processes involved in composing within both mediums, and the genres themselves reflect my individual taste. However, my band Rai Kah Mercury(4-piece, rock/blues) gives me that kick that you can only get from playing live in front of a paid audience. Our single ‘Terror Incognita’ currently has over 36k streams on Spotify, and we recently played our second headline gig in September at the Sunflower Lounge in Birmingham. 202 will hopefully bring new leases and more exciting gigs as we look to expand further as a band. We also hope to tap into the Oxford scene, with a view to play at college balls and open mic nights etc.

What advice would you give to someone who wants to get involved with the arts at Oxford?

Give it a go! There are plenty of shows going on at various different venues across oxford. Hopefully, you’ll find a really nice crowd to do several shows with throughout your time at university. Getting involved in the arts is a way to make sure that not all of your time is spent studying, and is also a great way to get to know people at different colleges. The opportunities available in the arts at Oxford are second to none, so regardless of experience, I would get involved to add another strand to your time here.

The opportunities available in the arts at Oxford are second to none, so regardless of experience, I would get involved to add another strand to your time here.

How do you find balancing music/acting etc with the Oxford work load?

Balancing the arts with one’s degree can be challenging, and dealing with clashes is a regular part of life. However, you should always make time to get stuck into things that you are passionate about. A bit of advice that I would give to Freshers’ is to be brave and get involved as you might find kindred spirits with shared interests from other colleges. On the other hand, saying no to certain things is so important to maintain a balanced schedule.

What is your dream role to play and why?

I was fortunate enough to play Javert in a fully staged version of Les Misérables at the stunning Lichfield Cathedral back home. That was for sure a dream part, so was Emmett in Legally Blonde; I had the fortune of playing this role back in 2017. I would love to reprise both roles in Oxford.

Where should people look if they want to see you perform?

I’m currently writing the music for a very exciting new musical, which will hopefully be performed in Oxford in early 2021. It’s a modern adaptation of a Greek legend. Stay tuned for that! In the meantime, I’ll be auditioning for Michaelmas shows in Week 0, so I’ll see where that takes me.