Warning: mysqli_query(): (HY000/1030): Got error 28 from storage engine in /home/oxfordst/public_html/wp-includes/wp-db.php on line 2007
 Concern over collections – The Oxford Student
Skip to content 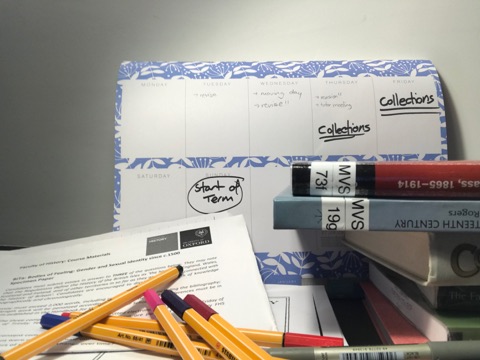 Bethan Roberts reflects on the stress of collections

As everyone knows, the best way to start a term at Oxford is with a healthy burst of exam stress.

At least it must be, since every term begins with a collection.

As I start my final year, I still do not understand collections. As we all know, adjusting from the slow pace of summer vac to the rush of our eight-week terms is a stressful process. There’s the chaos of moving, the excitement of seeing friends, the worries about this term’s work, the (inevitable) regret of not having done enough work while you were away. Then on top of this tiring wash of stuff, our colleges give us an exam.

I still can’t shake the pressure that hangs over me all holiday.

It’s not even first week and I feel exhausted; I’ve spent most of my week doing revision and now I only have a few days to get stuck into the rest of my reading and spend time with friends. Even as a third year who knows that collections don’t matter, I still can’t quite shake the pressure that hangs over me all holiday.

Rather than easing yourself into term slowly you get dumped headfirst into the boiling waters of Oxford.

There are arguments in favour of collections: it’s good for tutors to see that you’ve grasped the material, to have a regular assessment of your performance. It means that you actually have to engage and revise your work, rather than just forget it. You keep your exam techniques sharp in years where you don’t have any assignments. Oxford’s academically demanding and giving its students a push isn’t automatically a bad thing.

The only consequence for getting a bad mark is my own guilt and stress.

But as I sit here, staring at the pile of work that I could have had over a week to do, feeling burnt-out before term even begins, I mostly just wish that they didn’t exist. Rather than easing yourself into term slowly, letting yourself adjust, you get dumped headfirst into the boiling waters of Oxford.

I’ve seen people break down into tears over collections right at the beginning of term. I’ve spent much-needed breaks plagued with guilt over not doing revision. I’ve reassured countless friends and freshers that ‘collections don’t count for anything’, but I’ve never quite internalised it and I think that’s true for most people. The only consequence for getting a bad mark is my own guilt and stress – but in a university full of students who were always expected to be high-achievers, that can be a lot of guilt and stress to deal with!

On the other hand, I’ve seen how pointless collections are. I’ve been set a collection on a week and a half notice (the perfect amount of time to really engage with last term’s material). I’ve seen people just refuse to turn up and suffer zero consequences. I’ve had tutors forget to mark them, meaning we don’t get the oh-so-valuable feedback which we suffered for.

We deserve to be able to step back  from academic expectations during our breaks.

Yesterday, waiting to go into my collection I did the maths (which as a history student, was a real struggle), and realised that in my time at Oxford, I’ll only have had one term which didn’t begin with a collection. That’s one holiday where I actually got to put the stress of Oxford down and have a break.

It’s time for Oxford to realise that making its students live in a cycle of work-exam pressure is not a healthy way to go. We deserve to be able to step back from academic expectations during our breaks. When we’re set vac work, we should be able to focus on it rather than balancing it with revision. Collections don’t count for anything other than making our lives as students just that little bit harder.