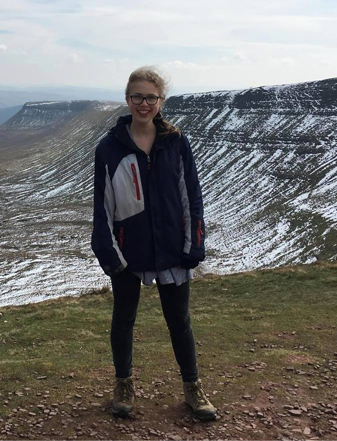 Jessica Searle is a 2nd year Mertonian studying Politics, Philosophy, and Economics. She was voted Gender Equality Representative by the JCR, a role made especially interesting by Merton celebrating 40 years since women were introduced into the college. Speaking to Jessica about what her role includes and issues surrounding gender within the university system it was clear that she is highly passionate about her role and helping the university move towards an increasingly equal environment.

What does your role as Gender Equality Representative include?

As Gender Equality Rep I have a variety of responsibilities. As the title would suggest, it is my job to look out for related discrimination in college and act as a point of contact for anyone being discriminated against. I also help with sexual consent provisions and have been peer support trained so I can provide support to students in college, especially if people want to talk about issues relating to being a victim of sexual assault.

Do you feel that, from your experience, colleges put enough emphasis on the role of Gender Equality Rep?

I feel like the role of Gender Equality Rep is giving equal weighting to other minority representatives, for example, BAME, Disabilities Rep, etc. As a result, proportionally I feel like it is treated as a serious role. At Merton were celebrating 40 years since women were permitted to at the college so there is a particular emphasis on celebrating the achievements of women and overcoming gender based inequality. For example we now have a gender neutral toilet but we have slow progress in ensuring that there are sanitary bins in all bathrooms in college, regardless of the gender of those using those bathrooms.There is always more that can be done.

In the past couple of years Oxford has admitted more female students than male, do you think this shows that there is gender equality within university admissions?

I think that that’s a really interesting question as even though on the surface it can look as though equality has been achieved, I think that individual subject breakdowns are not evenly split. My knowledge of gender balance within subjects is quite limited to Merton, but out of twenty-two PPE students in the college only three are female. Comparatively, English is very heavily female-dominated. I think we should definitely be pushing to open up subjects across genders and especially opening up gender across the board.

What is the primary issue that you think that the university needs to resolve for gender equality?

Something notable is that across the board women seem to get less firsts than men. I think that it is really important for the uni to try and work out why this is and tackle the issue head-on. Theories include girls being less confident in tutorials and therefore not developing their ideas as much and that exams are tailored to the ‘male style of learning’. As exam papers are anonymous the university will have to work quite hard to find the reason as it’s not very evident

Something notable is that across the board women seem to get less firsts than men. I think that it is really important for the uni to try and work out why this is and tackle the issue head-on.

Where do we see gender imbalances in our everyday lives at Oxford?

Personally I don’t feel that I experience overt disadvantages because of my gender but I do find myself noticing trends and patterns. As I’ve mentioned, PPE is very male dominated so just attending a class in college I can see subject imbalances. Oxford is a beautiful place with a lot of history, but a lot of that is very male orientated, it is easy to observe in everyday life how women weren’t really part of that. Now we have Irene Tracey as Merton female warden I’m hoping for some really great initiatives for gender equality within college.

How would you like to see the university realistically change within the next 5 years?

A major issue that would be in the university’s remit is gender imbalances within subjects, realistically it’s going to be quite difficult to rectify this, I don’t believe in quotas to achieve parity. There is no formal way to achieve an exact equality, however, I think it’s important for the university to work in the promotional material for prospective applicants to really mark subjects with all genders in mind so that people don’t feel that a subject isn’t for them because of their gender. It’s fine to have slight imbalances, you don’t know where interests lie, but the large discrepancies we see are certainly something the uni need to tackle.

What are your personal aims for your role as Gender Equality Rep?

Something I said during hustings was that given that Merton is coming up to its 40th anniversary of allowing women in college, I would love to invite one of the original female students to give a talk about what’s changed and what stayed the same. If I can’t find one of these students another strong possibility is Dinah Birch, the first woman to be elected to the governing body of Merton College. I’m really interested in focusing on notable women in college history.

At some colleges your role title specifically refers to ‘women’, what do you think the significance of this is?

One of the things that I recognised at the hustings of the role was the fact that by its very nature the role is meant to go beyond just looking at stereotypical male and female issues within the university. I think mentioning ‘gender’ rather than ‘women’ approaches the role with more nuance and considers gender to be a spectrum rather than binary. I think this leads to a deeper understanding of the challenges gender can pose and encourages people to consider a wider range of issues that they may have. After all, regardless of where you fall on the spectrum you may still need representing.