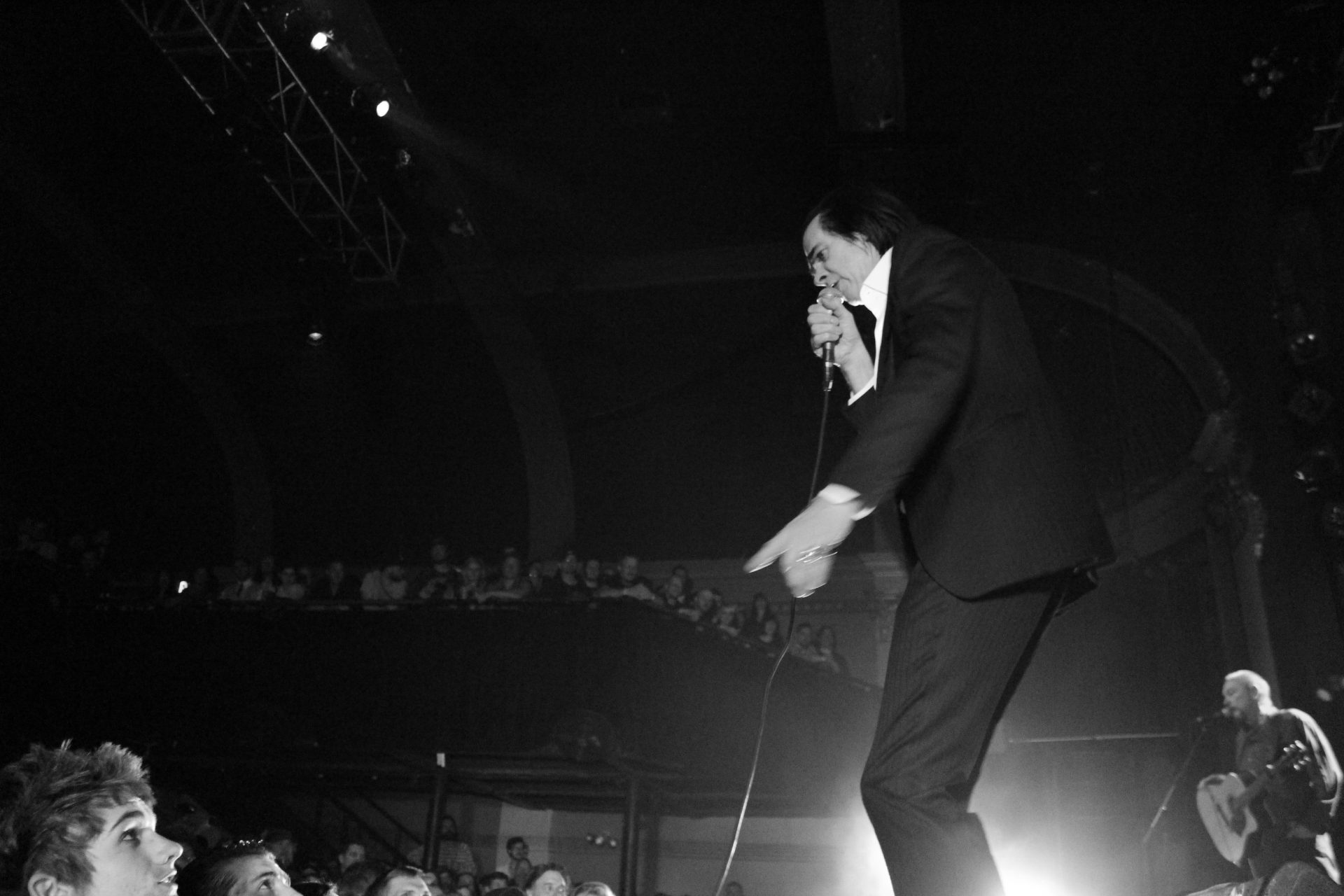 In certain instances, it is hard not to allow the life of an artist to cast a shadow over their creative output. Sometimes it’s impossible. With an album as deeply personal as Nick Cave and the Bad Seeds’ Ghosteen, released the 4th of October, the listener is obliged to confront the tragedy from whence its subject matter arose, namely the death of Nick Cave’s son Arthur in 2016. Many fans seemingly looked for a reflection of or on the tragedy in the preceding album Skeleton Tree (despite the majority of its tracks being written before Cave’s son’s death) but Ghosteen is the first album created entirely in the aftermath. Sonically, Skeleton Tree sister is certainly Ghosteen’s sister record, with Warren Ellis’ gliding, cushioning synths providing a liquid bridge between the two albums. But Ghosteen addresses and contextualises this personal tragedy in ways that are simultaneously more heart-breaking, more humanising and strangely more hopeful than its predecessor.

Undoubtedly listening to album sometimes feels uncomfortably voyeuristic; it provokes an unpleasant sensation of gawping at the depths of human misery. There is little doubt of what this album is about, even though Cave’s lyrics continue to extend themselves beyond the personal in his ongoing search for deeper meaning in a sometimes cold and ambivalent universe. The title is painfully evocative of youth and its cutting short, an unnatural splicing of words that invokes familiar concepts yet glides into semantic territory unknown (ghost teen? ghosting?). Cave, on the redhandfiles.com cryptically and tellingly described the album as being made up of two parts; the first 8 songs being children, the last “two long songs, linked by a spoken word piece” represent the parents. Whilst Cave invites you in as a silent, uncertain witness into the dark, quiet rooms of this family tragedy, one cannot help but feel like the communion taking place here is one the listener is not – cannot be – fully privy too. Instead, Cave talks to God, his wife, his lost son, wistful, angry, disbelieving, bargaining. If the music wasn’t so good, the orchestral majesty of the strings, the undulating waves of the synthesising, the cascading piano phrases, it would almost be a relief to turn it off.

Cave’s expressly more abstract lyrics unspool into mediations and lamentations on grief, loss, family, faith, numbness, the agony of what comes next. In ‘Waiting For You’ we see Cave explain as the resurrection of Christ can be believed, he is justified in “waiting for you/ To return”. Perhaps this hope, and the admittance of it, explains the otherwise uncharacteristically kitsch album artwork, depicting a fantasy land straight out of fairy-tale: beautiful, but torturous in its unattainability. In the 12-minute long title track ‘Ghosteen’, introducing the 2nd part of the album, over soaring strings and piano both mournful and lilting, Cave speaks of a love robbed cruelly of its object, the senseless agony of washing the clothes of your dead child, before adding conversationally “Love’s like that, you know”. The lullaby simplicity of “And baby bear, he has gone / To the moon in a boat” that Cave croons in a voice cracked and wretched with grief is beyond chilling, beyond haunting and comes rising from the deep well of grief and loss that for the majority of us is entirely alien.

Yet the very same song begins with Cave insisting that “The world is beautiful” and perhaps this co-existence of deep despair and ongoing hope and belief in the meaning of existence is the most affecting aspect of the record. We witness how Cave has chosen to rationalise unspeakable loss and how he conceptualises the future. Cave cautiously underscores the universality of grief, with the closing track ‘Hollywood’ recounting the Buddhist parable of woman who, desperate to resurrect her son, finds she cannot for the prerequisite was that she managed to discover a family who themselves had never lost anyone.

Perhaps it is this understanding of the inescapability of grief, loss and ultimately death is what lends this album the light from the guttering candles of hope. Much of Cave’s work, from the early years in the Birthday Party, all the way until now has been preoccupied with death insofar as it provides a litmus test for what is important in this life. Never has that been more pertinent than in Ghosteen. The last lines of the first song ‘Spinning Song’ and the last lines of the final song ‘Hollywood’ echo each other with “A peace will come in time” and “I’m just waiting now for peace to come”. The album encloses itself in this halo of hope, and as Cave’s falsetto drifts into the ether and the synth reverberates into nothingness, one cannot help but hope with him.