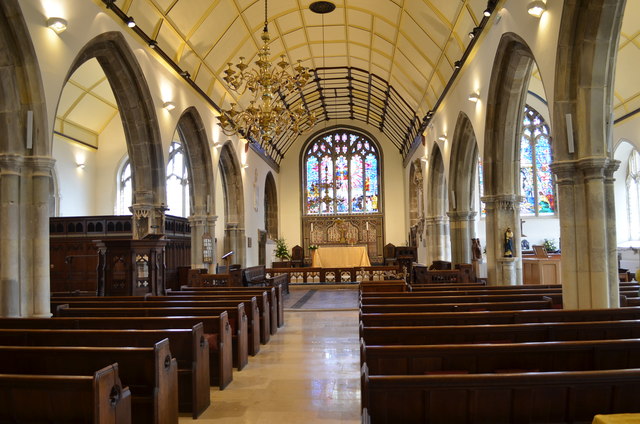 How coming out brought me closer to faith

Image description: the interior of a church with empty pews.

Disclaimer: this is my experience of Christianity and of people of faith who I have interacted with – I believe that no one is inherently homophobic because their religious beliefs.

People are often surprised when I mention I am a Christian (or Agnostic) – usually because I make a lot of jokes at the expense of Christianity but also because in the time they’ve known me I have probably made it clear that I identify as bisexual.

To some people including myself at one point, this seemed impossible: a queer Christian in the age of the Westboro Baptist Church and their poorly written parodies. The only reality I ever heard of from queer people around me were those who grew up and rejected their religion or those who were surrounded by religious people who bullied queer people. Still, strangely enough, in discovering and exploring my sexuality, I found myself progressing through a parallel journey in terms of faith, religion and spirituality.

Church had its high points: namely the singing, dancing and the sense of belonging that I didn’t always have in school, being a person of colour.

Before I even realised I was bisexual myself, I would be the first to admit I was a ‘bad Christian’ – if you could even call someone who was indifferent to the concept of faith altogether a Christian. Church had its high points: namely the singing, dancing and the sense of belonging that I didn’t always have in school, being a person of colour. Besides that, until I was in secondary school I just saw church as this place that disrupted my sleep on Sunday mornings.

The beginning of secondary school was the point at which I really started listening to the preaching and came to realise that I disagreed with a lot of what was said. At this point I wasn’t fully aware that the feelings that I had when I wanted to spend time with a girl who I ‘found cool for no particular reason’ could be considered attraction. Most of my frustration with the church was focused on purity culture: the shaming of teenagers into committing themselves to not do a thing they didn’t fully have a concept of and the overwhelming amount of misogyny that followed suit.

I distinctly remember seeing a girl, who was probably between eight and ten at the time, being told not to wear shorts because it was inappropriate, forcing her into a position where she had to change herself – again, I’d like to emphasise this is my experience of church. The obsession with purity culture and how it forced women into uncomfortable positions was what really distanced me from organised religion at first and why I would do anything to get out of it.

In the years to come, I would realise that I was bisexual after my friend came out as bisexual (then a year later as gay), because hearing him tell me he ‘swung for both teams’ made me see him differently. It gave me a sense of anxiety that I would only later realise was me being uncomfortable in myself. When he told me, my mind was racing a mile a minute and trying to understand how this person I was close to for such a long time had changed in that second.

I was on edge for the next few days before coming to terms with why: I’d never let myself be comfortable with anything other than being straight and part of that honestly did have its roots in my religious upbringing. Accepting myself as a queer woman came with the revelation that there is such a difference between supporting a community as an outsider and preaching equality and then being confronted with actual people in your life being part of that community.

I had talked about LGBT rights to same sex marriage and safety, but the prudish and somewhat strait-laced part of me had a difficult time resolving myself with this otherness. In church it was always kind of condemned rather than discussed or explained, so part of me still harboured this bias that was unfair on my friend but also unfair on myself.

I came out to my friends after I discovered the Kinsey scale psychological test, which was meant to place you on spectrum of sexuality with 0 being unflinchingly heterosexual and 6 being completely homosexual. I got a 3, which meant ‘bisexual: equally homosexual and heterosexual’. Looking back, this was such an ill-informed perspective on sexuality compared to how we understand it now, but I shared my score with friends and subtly mentioned to a few of them that I was bisexual.

It felt like the first time where I felt completely comfortable with who I was in terms of my sexuality, but this was overshadowed by the fact there would always be this spectre hanging over coming to terms with myself: my religious parents. Writing this article made me acknowledge a truth that has been long lingering in my head and my heart; part of my fear of Christianity was how I knew if I ever came out to my parents that religion would be weaponised to make me feel shame. This fear, which became anger, drove me to read the bible, as counterintuitive as that seems, but only so I could highlight everything wrong with it.

I knew if I ever came out to my parents that religion would be weaponised to make me feel shame.

And I found a lot of stuff wrong with it: The Old Testament especially had gems such as  “Your male and female slaves are to come from the nations around you; from them you may buy slaves.” (Leviticus 25:44) and “Do not allow a sorceress to live.” (Exodus 22:18). These extracts for years are what people looked to justify their racism, misogyny and homophobia. But then I started reading the New Testament and while I will say it is not progressive in the standards of today, I found some hope there. One quote that stuck with me was “And over all these virtues put on love, which binds them all in perfect unity.” (Colossians 3:14)

In my first year of sixth form, I became close with one of my now best friends, and she was a more devout Christian than myself. I remember a time when we should have been revising for our philosophy mock exam, and instead we had an in-depth discussion on religion and faith. She drew a distinction that made me reflect on how my relationship with spirituality: faith is your relationship with God – whether you believe in him or not and how you celebrate Him – but religion is all the formalities and customs that come along with believing in Him.

For me, the Bible is an anthology – which many people will disagree with – as it was recorded and written by men; the same thing goes for preaching. But when I am alone at night with God, that bond is my own and that is because I have faith which for a long time was corrupted by my relationship with religion and what I let other people tell me about my faith. I don’t believe anyone is born to hate another in the name of God, because that it is not what Christianity or any religion is at its core. I was never given the choice about my sexuality but that does not make it something I should be ashamed of.

When I am alone at night with God, that bond is my own

I will never go around telling anyone they have to believe in God, because that was what drove me away – faith is about figuring things out for yourself. I have experienced my fair share of homophobia that has made me feel afraid of and isolated from religion but I will always see my faith as a rebellion in itself. It is me claiming my sexuality but also making it clear that people have as much control over what I believe as they do who I love.

I do not know all the answers to the world or the afterlife but whether God exists in any form or not, I will keep going through life preaching the importance of love. Love for your family (of blood or of your own choosing), and acknowledging love in all the forms it can come. Whether that is through reading the Bible or going to a Pride parade and realising that you are deserving of that love even when you feel alone.