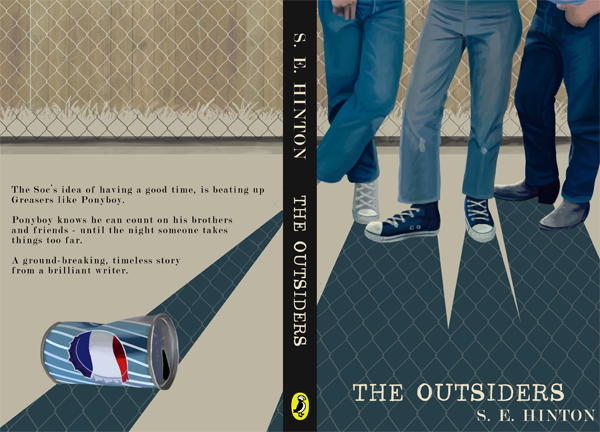 It has been more than 50 years since the publication of S.E. Hinton’s first novel ‘The Outsiders’. Set in 1960s Oklahoma, ‘The Outsiders’ is a moving coming-of-age story surrounding the gang rivalry between lower-class ‘Greasers’ and upper-class ‘Socials’. Given the big societal changes that have happened since then and how dated, for example, the social norms of ‘The Outsiders’ are, one might expect the novel to be disappearing from bookshelves. Instead, it has become a classic in young adult fiction and still resonates with its readers today. It is a set text at many middle schools, including my own, introducing teenagers to issues such as class conflict, violence and drug abuse, stressing the importance of education. It also teaches valuable lessons about group and individual identity, tolerance and friendship, addressing the struggles of adolescence that are familiar to teenagers now and then alike.

The 14-year-old narrator Ponyboy is a ‘Greaser’ and looks the part. His long, greased hair is his most valuable asset, and he wears old blue jeans and a leather jacket – the signature outfit of a ‘Greaser’. As he notes himself, people know he and his friends are ‘hoods’ the minute they see them – and that is all they’ll see. Underneath his ‘tuff’ exterior, however, Ponyboy is a kind and intelligent boy who is doing so well in school, he gets put in a class with “mostly Socs”. The ‘Socs’ have everything Ponyboy thinks he needs – money, power and the prettiest girls. But at the end of the day, Ponyboy knows that ‘we see the same sunset’ and should challenge the divides we create between ourselves. Today it still seems like people will always divide into cliques based on not only their interests but on what they wear and where they’re from. But as Ponyboy’s encounter with two ‘Socs’ girls at the cinema shows, sometimes people surprise us, and we find similarities where we expected only differences.

It teaches valuable lessons about group and individual identity, tolerance and friendship, addressing the struggles of adolescence.

Particularly impressive is the fact that ‘The Outsiders’ is not only narrated from the perspective of a 14-year-old but was also written by a teenager and inspired by her own high school experience. This closeness in age between characters, readers and the author
certainly contributes to making the characters’ struggles so relatable. “The teenage years are a bad time”, Hinton writes, which reflects in the moving sadness that permeates her novel. “Stay gold, Ponyboy” is both the saddest and most quoted line of the novel. Hinton’s motivation for writing it in the first place was her dissatisfaction with the literature available to teenagers at the time. In her view, it had nothing to do with the actual lived experiences of teenagers; the prose tends to be watered down and “romance is still the most popular theme, with a horse-and-the-girl-who-loved-it coming in a close second”. Hinton’s style and subject were a novelty and shaped the young adult fiction genre massively. The Outsiders has sold over 15 million copies and is worth a read or listen just as much for young adults as for middle schoolers. For any cinephiles, there is also a well-made and well-cast 1983 film adaptation starring big names like Patrick Swayze, Tom Cruise and Hinton herself.