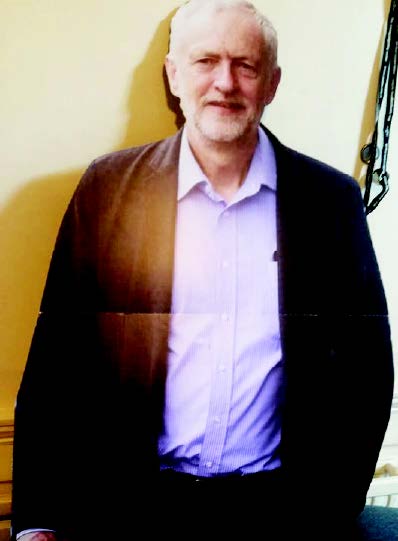 On Wednesday night, at the Oxford University Labour Club Welcome Drinks held at Worcester, a 6 foot cut-out of Jeremy Corbyn was taken. The cut-out was previously presented to the Co-Chair of the OULC, Jay Staker by other members of the committee for his 21st birthday.

The event featured local MP Anneliese Dodds and was one of the biggest events on OULC calendar.

To the question how the loss has been discovered, one of the members of the Labour Club responded: “We were cleaning up after the event, when we suddenly realised that Jeremy was missing. Somebody must have taken it-maybe they were drunk.”

The Co-Chair of the OULC, Megan Howells commented: “We are really upset by the loss of the cut-out. As a 21st Birthday present it had a lot of sentimental value. Whether it was done as a political statement or out of carelessness, such behaviour is unacceptable. We really hope that the cut-out will be found.”

The cut-out has not been yet recovered with the culprit still unknown.