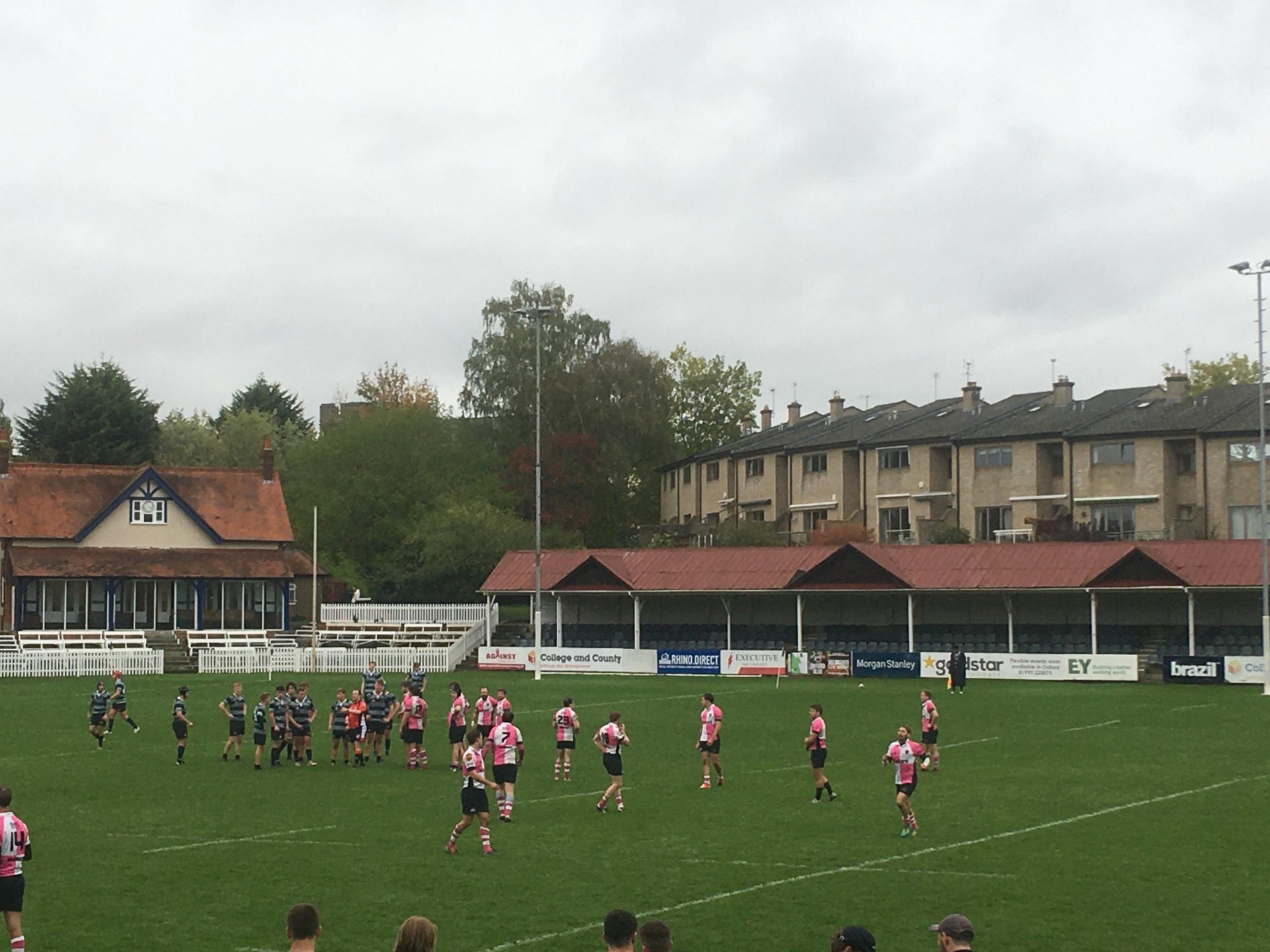 Oxford Whippets, who capably stepped in for the Greyhounds after they were called to replace an unavailable army side and face the blues on Friday evening, lost 22-5 to a strong Kew Occasionals team at the Iffley Road pitch on Saturday afternoon.

With many of the players new to the team this academic year, and having only just started training together, the Whippets competed strongly against a slick Occasionals outfit, whose experience and solidity in defence ultimately proved the difference between the sides.

Under leaden skies, the Whippets stuttered in the opening half before improving significantly during the second half. Finding themselves on the end of 15-0 deficit at half time, the Whippets conceded a try in the 49th minute after Kew’s outside centre slipped through the oxford defensive line to score by the posts, before the conversion found its way between the posts.

Slow ball at the breakdown and some effective counter-rucking from the away side meant it was difficult for the Whippets to go through phases of play with the ball in hand, a problem exacerbated by the slippery conditions.

But in the 62nd minute they had an opportunity to narrow the deficit. An interception near the half-way line took out the opposition defence. A certain try was brilliantly held up by a last-ditch tackle by an occasionals player who did well to wrap the ball up and prevent the score. Much to the displeasure of the Oxford fans in attendance – with some thinking the ball was grounded – the referee awarded an attacking scrum five yards out which eventually came to nothing.

Though their improvement was not initially reflected on the scoresheet, the home team grew in confidence. Their dangerous ball carriers, particularly their number 8, drove the team forward, and soon openiwngs in the kew defence were being tested by well angled runs that probed the gaps in the defence.

In the final few moments of the game, the Whippets sored a deserved try. After some good work by the forwards, picking and going around the breakdown, the ball was given to the backs, and their no.12 wriggled through to score by the posts.

The unsuccessful conversion attempt meant the final score remained 5 -22 – a more accurate reflection of a competitive 80 minutes of rugby. Reflecting on the match after the final whistle, Whippets coach Gus Jones said ‘it was really encouraging.

Obviously we have got a lot of players who are new to the university and for many of them this is their first outing in men’s rugby, so it was really nice to see them come together in a pretty tough contest in kew occasionals who have all got a lot of experience… I thought the performance improved massively from the start of the match to the end which is always what you want to see with a group of players who have not played much together before.

Some of these guys are new this week and some of them have been doing some of the Blues’ preseason which has been going on since September, so there’s a bit of a range of experience. It’s also really nice to see the more experienced guys step up’.

With this in mind, and the fact the home side matched kew ocassionals’ try in the second half, this was a very positive start for the Whippets.