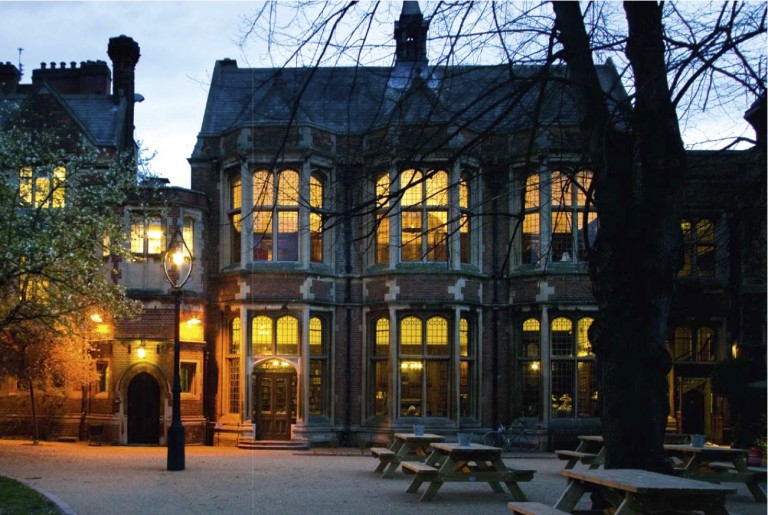 Shortly before the start of 1st week’s No Confidence debate at The Oxford Union, for which the debate chamber was packed full, a dispute between Union staff and a blind member of the audience broke out.

The altercation resulted in the man being removed from the chamber before the debate, despite his outcries to the audience against the use of force by the Union staff.

The packed chamber fell silent during one of the several clashes and the man pleaded with the silent crowd that staff had taken his Union card from him, and that he would not leave without it.

One member of the Union, Hannah Foxton, told The Oxford Student the man had left some possessions behind to reserve himself an accessible seat, by the entrance of the debate chamber, but the dispute broke out when he tried to re-enter the chamber.

“The Union staff were unnecessarily violent and did not make accommodations for the fact he is blind. He left his things in the hall to reserve a place, but the staff refused to let him back in to claim his seat, even though they had let in others.

“[He] became frustrated but not threatening, and very quickly the security guards were physically restraining him without any consideration of the fact that he could not see”, she told us.

Foxton added that she is considering whether to return to the Union in the future, after seeing the treatment of her fellow members.

During the No Confidence debate that followed, a member of St John’s, Harry Hatwell raised a point of order to speaker Nicky Morgan about the treatment of the member, also from St John’s.

Speaking to The Oxford Student, Hatwell said: “[I] was shocked to see the behaviour of the bouncer and also of the members who entered the chamber from the pre-debate dinner. Their sole response was to snigger at the obviously traumatic situation unfolding in the chamber.

“It is wholly unacceptable for the Union and its speakers to have such blatant disregard for the safety and rights of its members.

“The whole ordeal looked humiliating and traumatising… the force used was objectively disproportionate – at one point he was being dragged off the bench by his feet while audience members merely looked on.

“I expect that a proper investigation and statement will be given regarding the circumstances of the ejection of the member in question from the chamber. It is essential that the Union defend the actions of its staff to its members, many of whom share my dismay at the events in the chamber and the nonchalant attitude of those who we rely on to ensure its proper functioning.”