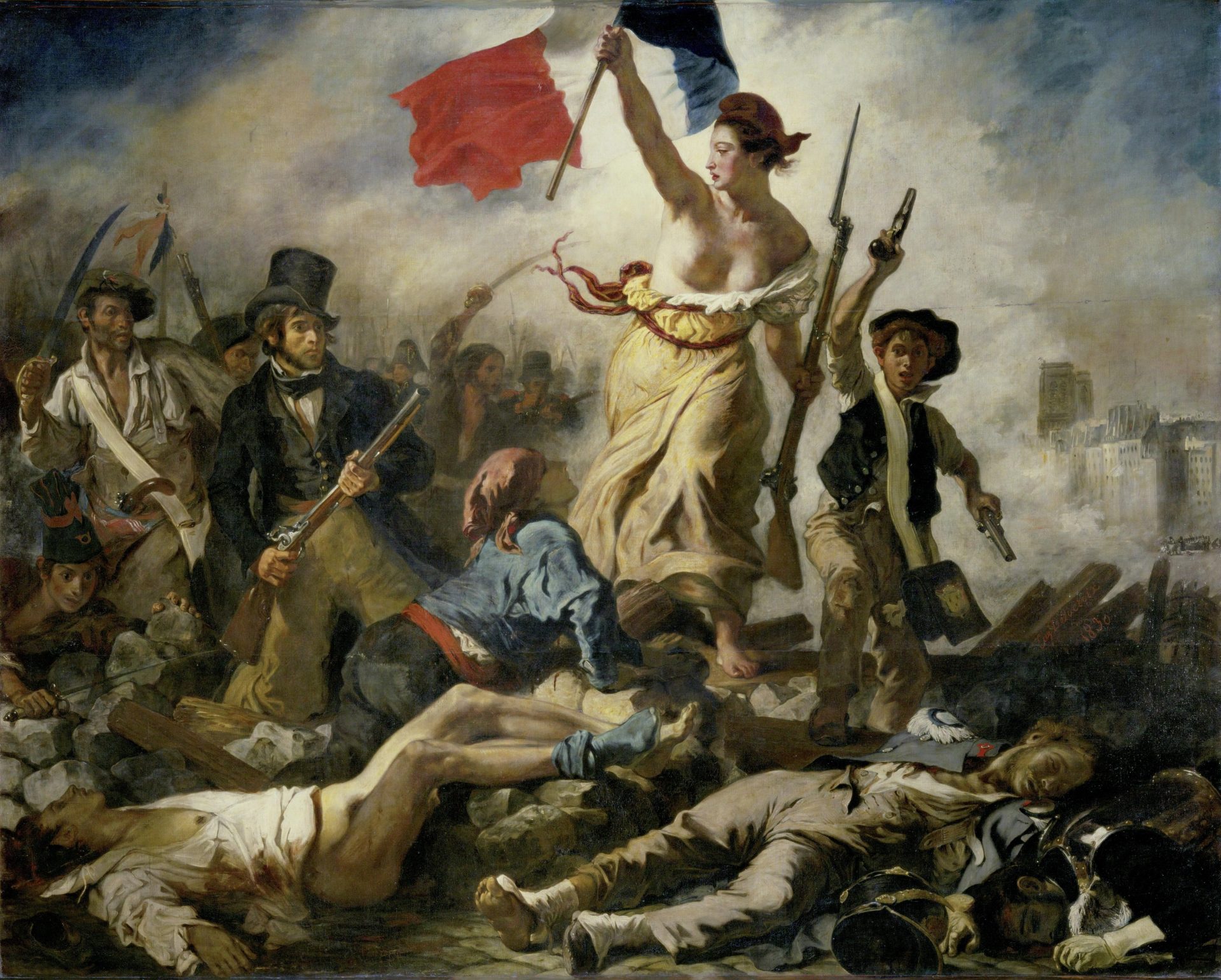 Alongside the protests of broken hearts, the telephone numbers of crushes never rung, and the usual scribblings about rival gangs or local football teams, etched into the very centre of this wall, was something extraordinary. Driving through my hometown of Grimsby, two words could not be missed to those passing by. ‘No Deal Brexit’. The words filled the central part of a wall, marking the outside of a block of flats, and confirmed the essential ingredient to any revolution: the politicisation of the people. Britain is experiencing a revolution, and is already at its third stage…

In 1788, stuck in a parliamentary paralysis, King Louis XVI, of France, decided to call an Estates General, a meeting of all notables, to come to an agreement over how to resolve the spiralling national debt and the future political position of the King. When they met the following year, it was a spectacular presentation of democracy: each group, debating and attempting to resolve fundamental questions concerning their country.

However, it also marked a significant turning point, one that led to the darkness of the guillotine in 1793, and later the autocratic rule of Napoleon Bonaparte — it marked the moment politics left the sphere of the ruling elite and became the property of the people.

Britain is a representative democracy, where a bond exists between the elected and their electors. The voters choose whom they wish to represent them and tackle complex decisions in Parliament on their behalf, in exchange for an ability to remove them every five years. In 2016, David Cameron broke this bond. In calling a referendum, politics left the control of the Westminster elite, and fell into the grasp of an angry public. Direct democracy was born. It was Britain’s ‘1788’ and marked the first stage of the British Revolution.

In calling a referendum, politics left the control of the Westminster elite, and fell into the grasp of an angry public.

Stage 1: A ruling class out of control

The entire Remain campaign believed that they would be able to control the referendum through economic warnings and carefully orchestrated advice. Instead, they entirely misjudged the mood and concerns of the British public. As identity politics superseded economics, and facilitated the new dividing line in Britain — between the establishment, and the ‘people’ — politics left the control of Westminster. Engagement in the issues of the day, hit unprecedented levels. Brexit was an issue people cared about; it engaged the country in a vote like never before — reflected in the record 46.5m votes cast.

The British public was beginning to own politics again. Out of the financial crash and expenses scandal, their lack of trust in the establishment meant they were prepared to break the traditional bond between politician and voter.

On June 23rd, 2016 that bond was broken. When 17.4million people voted in a way contrary to 486MPs, the Bank of England, the CBI, and countless ‘celebrities’ the first component of any revolution was evident. The people had been politicised, they felt an ownership, a place in the political workings of the country which they were not prepared to give up. For the political class their survival was now on the line.

What followed the revolts of 1789, was a compromise position; that between an increasingly radical public, and a set of leaders desperate to not destroy the monarchy of France. The subsequent ‘constitutional monarchy’ was a total disaster. It neither placated the concerns of a public nor saved the French elite. As a result, in 1793, the King was killed and the revolution moved onto its more radical stage.

Theresa May and her Brexit deal was the political elite’s attempt at compromise. Cooked up in the depths of Whitehall, by civil servants and politicians, who were desperate to appear as though they were with the people but at the same time wishing to save their own world and form of governance, the May Deal was the country’s version of compromise.

However, the public had moved on. The crowd had got more radical. As the power of voter over politician grew, scared of the Twitter mobs and local party meetings, enough Tory and Labour MPs prevented Brexit from taking place, and in doing so destroyed the May premiership. But if May was our Louis XVI, and if her deal was the constitutional monarchy, then where next will the British revolution take the country?

Where next? The radical lurch or the moderate counter-balance?

As the governance of France fell more and more into the hands of a radical crowd in Paris, the country became more revolutionary — a product of which was the Terror: where 17,000 so-called traitors were killed.

This is 2019, and violence on such a scale does not mark our politics; however, the language of betrayal, and how social media is radicalising voters in a similar way to the old radical press, is significant. On both the Remain and Leave sides, the two groups have become more radical. Remain have moved from a second referendum to advocating the revoking of Article 50, whilst Leave voters backed Farage’s Brexit Party, demanding a no deal in the recent EU elections.

Unknown to Westminster, performing its own chaotic pantomime, the country is dangerously becoming angrier. In places where politics was barely discussed, it now fuels furious graffiti, and an alienation from the political elite.

Unknown to Westminster, performing its own chaotic pantomime, the country is dangerously becoming angrier

Theresa May’s ultimate failure is that she allowed the Brexit revolution to progress onto its third stage. The Conservative Leadership contest decided that Britain will not yet end its revolt with a Napoleonic figure that restores stability, and instead Johnson has decided to abandon attempts to moderate the crowd, aiming to take advantage of its radicalism. A hardline Brexiteer, Boris Johnson has pleased the Leave side, but in doing so also radicalised Remain to an even greater extent and has the potential now to create something that our British revolution is currently missing: a counter-revolution.

The winter of 2019 could lay birth to the most dangerous stage of the British revolution: each side becoming more radical in their commitment to avoid compromise, and pursue their purist Brexit agenda. The graffiti spelling out the wishes of Grimsby will exist for decades to come, the question is: will it mark the chants of the victors, or the final cries of those who were ignored?