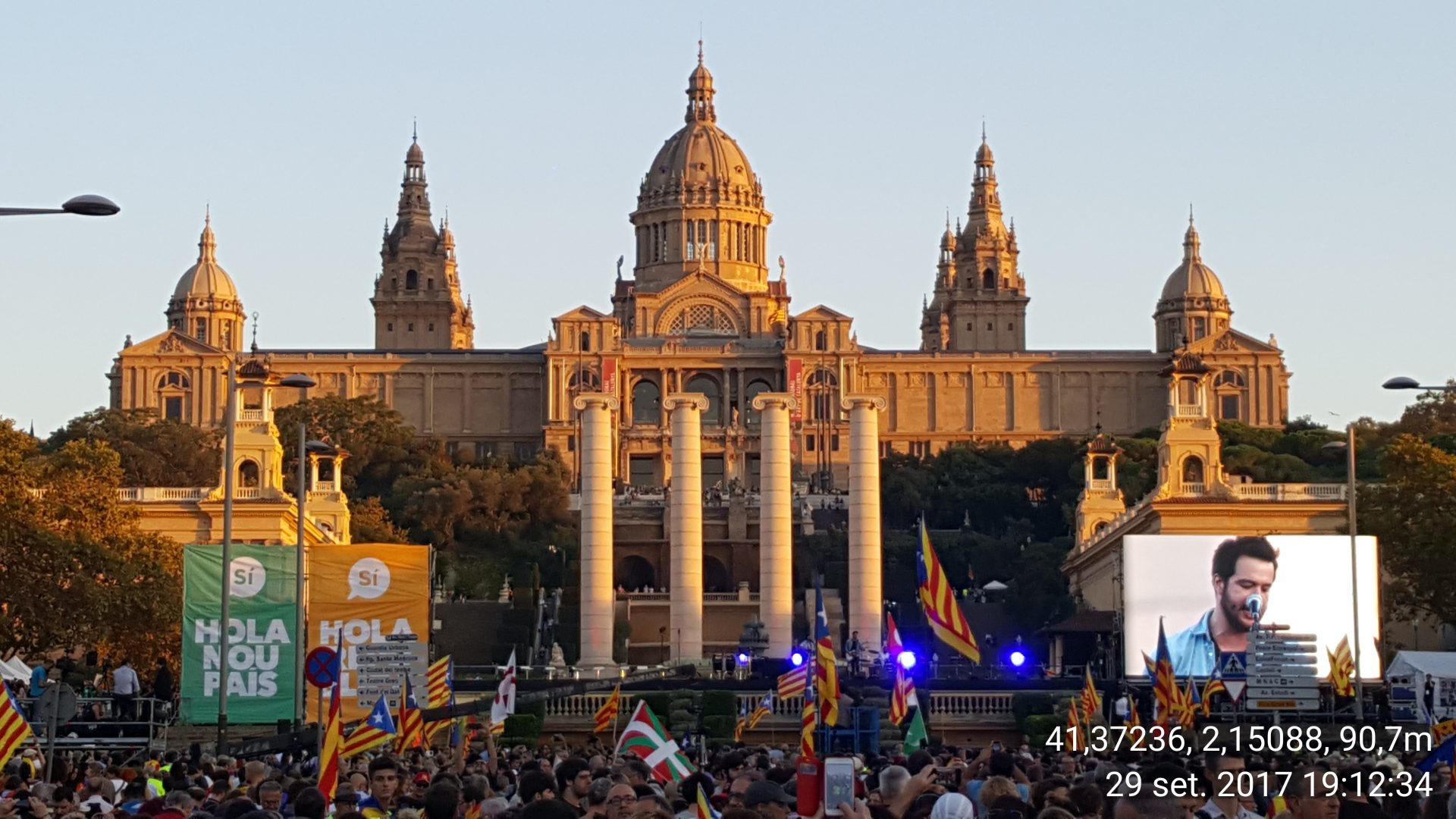 On the 14th of October 2019, the Supreme Court of Spain sentenced 9 Catalan nationalist leaders to between 9 and 13 years of imprisonment for sedition and misuse of public funds, with 3 others sentenced for disobedience without prison time. This sentence, which had been anticipated since the October 2017 illegal referendum, has sparked violent protests across Barcelona. The radical shift towards violence, reluctantly condemned by the separatist President of the Generalitat de Catalunya (Government of the autonomous region of Catalonia) Quim Torra after a week of silence, foregrounds the extreme divergence between the Scottish and the Spanish independence movement. However, this surge in violence is only a culmination that visually demonstrates a fundamental difference between the two movements.

The deeply rooted differences between Catalan and Scottish independence movements stem from the constitutional differences between the UK and Spain, the most obvious being the UK’s uncodified constitution. As Brexit has again been brought into the limelight, the UK’s  uncodified constitution increases the political and diplomatic flexibility of the interaction between the Westminster Parliament and Scotland. In contrast, Spain’s 1978 constitution does not. Indeed, the importance of the Spanish constitution is more than legal, it symbolically represents Spain’s move to democracy and freedom after Franco’s dictatorship. It has often been under threat, most significantly in the 1981 attempted coup d’état, the ‘Tejerazo’. However, in delineating a decentralised system of 17 pluri-national, self-governed, autonomous communities, the Spanish constitution falls short of outlining the possibility of independence of these provinces. Yet, the heterogeneous make-up of Spain – as demonstrated from six distinct co-official languages and many more unofficial dialects – has sown the seed of potential separatist movements. Therefore, where the UK does not have a strict constitutional code to abide to, an independence referendum in Catalonia would require a constitutional change to be legal. This is why the 2017 illegal referendum, followed by an unilateral declaration of independence, was deemed an attack on Spain’s constitution.

Therefore, where the UK does not have a strict constitutional code to abide to, an independence referendum in Catalonia would require a constitutional change to be legal.

As such, why do some Catalans want to be independent from this pluri-national Spain? Although the nationality, linguistic and geographic differences of Catalonia constitute a big part of Catalan nationalist sentiments, the economic argument falls apart. Since the 1992 Olympic games in Barcelona, there has been a correlating growth in both the Catalan economy (fuelled by Spanish centralised investment) and independentism. Indeed, Catalonia is now one of Spain’s wealthiest regions, making up almost 19% of Spanish GDP. However, as with all countries, some provinces become industrial and financial hubs, and others take different, equally significant roles such as agriculture, a position occupied by Andalucía and Extremadura – the two poorest regions of Spain. The “love-hate” relationship between Andalucia and Catalonia spans for decades: during the dictatorship, nearly a million Andalusians migrated to Catalonia. However, as with all nationalist movements, there is always a scapegoat: the rising resentment, which amongst Catalan separatists, seems to have targeted Andalucia. Jordi Pujol, separatist ex-President of the Generalitat, reportedly said that: “the Andalusian man is not of a coherent build, he is an archaic man […] he constitutes the sample of least social and spiritual value of Spain […] If, by force of a majority, he was able to dominate Catalonia, before overcoming his own bewilderment, he would destroy Catalonia.”

Such sentiments have arguably polarised Spain into a state of “us and them” on either sides. Catalonia’s economic achievement also rouses feelings of social superiority over other parts of Spain, which further deepens division. Scotland’s independence movement, in contrast, is not underpinned by this aspect of superiority; instead, it is primarily fought on the ground of a distinct national identity irreconcilable with the rest of the Great Britain. A vivid illustration of the difference in values can be found in the Scottish majority’s preference of remaining in the EU, as opposed to the English majority’s choice to leave, in the Brexit referendum.

The sentencing of this week and the subsequent violent protests highlights the vast difference between the Scottish and Catalan movements. Beneath the banner of fighting for freedom from an oppressive government, the Catalan independence movement has brought about schism, hatred and polarisation throughout Spain. Spain’s current PM, Pedro Sanchez, has made several attempts to resolve the issue through diplomatic means; however, the escalating violence has halted this progress, yet again. Spain and Catalonia should, despite their inherent differences, learn from Scotland and the UK by opening a legitimate political conversation to find a resolution to a crisis that has ignited instability throughout Spain since 2017.