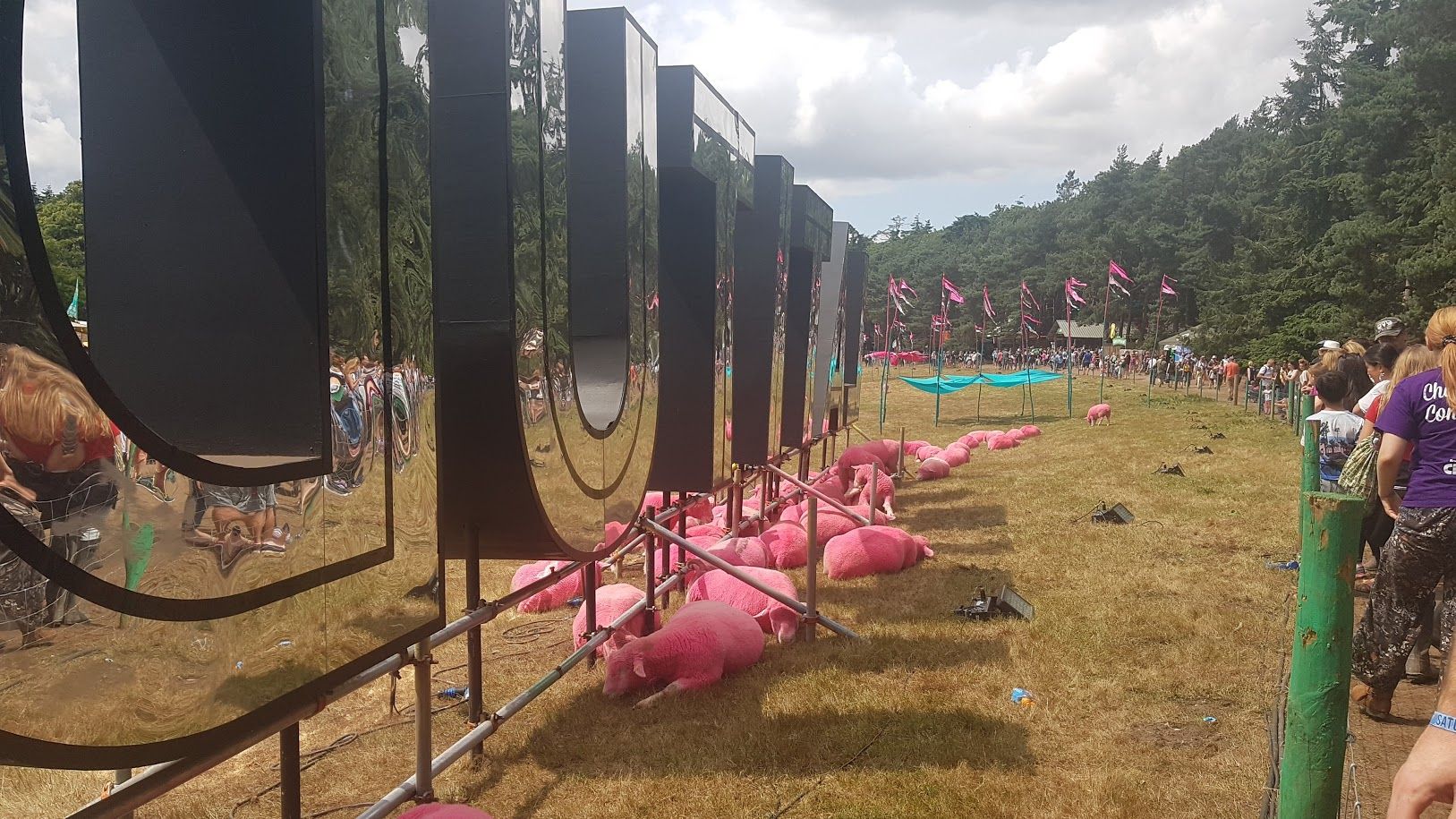 The misadventures of a charity concierge

Like most things in life, however, it wasn’t as simple as all that.

First of all, my week as a member of festival concierge staff was probably the most squalid
experience of my life. Sleeping pillowless in the collapsing thirty-year-old one-man tent I
shared with my friend was claustrophobic to say the least. If we needed the toilet, it was a
ten-minute waddle to the Portaloos on the other side of the campsite, since the nearby
Oxfam toilets were guarded day and night by a yellow-vested Cerberus of an attendant who
snarled at trespassers from any other charitable organisation.

Walking to and from the bar as live music played…

Then there was the work. I suffer from embarrassingly bad hand-eye co-ordination – I
languished at the bottom of the class table tennis league for two consecutive terms and once
accidentally dropped the purse containing all my holiday spending money into a Venetian
canal. It therefore came as quite the shock to the system when I was expected to head out
on a seven-hour tent-pitching shift without any training or practice.

They actually paid us £30 to go away!

My teammates and I were so incompetent that, after we’d spent half an hour ruining a
family’s attempts to assemble a six-man behemoth, they actually paid us £30 to go away.

Just when I thought it couldn’t get any worse, I got separated from the others and found
myself alone in a field with three tents and an unintelligible instruction sheet. I wrestled with
guy ropes and tried not to have a nervous breakdown as the guest I was supposed to be
helping complained loudly about her hatred of children, crowds and loud noises.

As the sky darkened and I thought my shift must surely be over, I was assailed by a man
who wanted some help assembling his canvas bell tent. He vanished, leaving his lovely but
extremely middle-class children to direct me. Undoubtedly, the only thing that kept me going
for that last hour was young Dulcie’s offer of a Cawston Apple Press.

I actually kind of missed the camaraderie and excitement that came with the work.

By the end of the day, I’d missed my dinner break and really didn’t fancy spending £10 on
festival fries, so instead I crawled back to my tent and sat in darkness eating the non-
perishable food items I had packed. Once I’d had as many ricecakes as I could stomach, I
horizontally wriggled into my pyjamas and passed out from exhaustion.

Day two dawned and more misadventures awaited. Serving drinks in the main arena, I was
required to remember and calculate the cost of orders (no laughing matter for an English
student), fetch them from the bar, and then somehow pick out the right people from amidst
the swarming sea of festivalgoers. I spilled the drinks, got soaked through in a quasi-Biblical
downpour, and sobbed to the bartender because I couldn’t find any of my customers.

Since, at Oxford, we spend so much time in a bubble doing only the things we’re good at, my failure to perform in what I considered to be menial tasks was a tough, yet ultimately helpful, reality check.

Probably the most squalid experience of my life.

Once I’d accepted that I didn’t need to be the best charity concierge volunteer in the world –
that in fact, there was absolutely nothing riding on my performance whatsoever – I cheered
up. What’s more, I actually got better at the job, shrugging off mishaps and remembering to
go for my breaks, figuring that I was far more productive when I wasn’t filled with a raging
hanger.

After this liberating realisation, the next couple of days passed relatively trauma-free. I got
into the swing of the job, enjoying the soothing process of walking to and from the bar as live
music played in the background. On my final, free day – the glorious golden time I’d looked
forward to for the entire week – I actually kind of missed the camaraderie and excitement
that came with the work.

This could either be a sign of character development or a sign that I’m a classic workaholic.

But it doesn’t really matter which: after a shaky start, I’m pleased to report that my
experience as a volunteer with Charity Concierge was one of the highlights of my summer. I
might even consider doing it again. (But with pillows. And my own tent.)