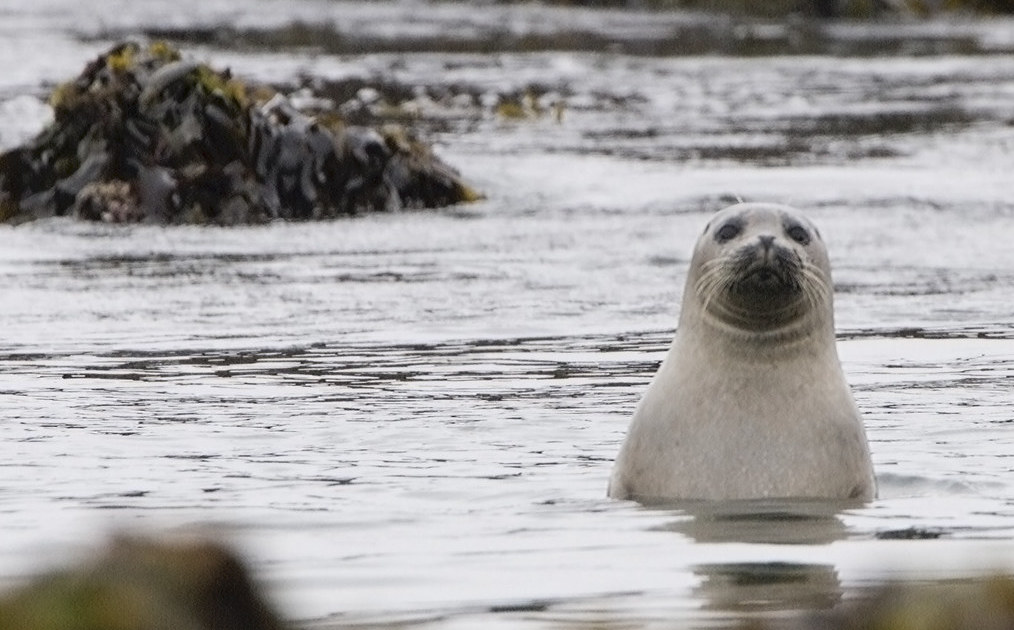 10 things about the UK’s urban wildlife

Seagulls are attracted to urban areas. This is because temperatures are generally 4-6°C warmer, meaning their breeding season can last for longer. There are also fewer predators in urban locations, and street-lighting allows them to forage in bins for food after dark, as well as stealing it straight out of people’s hands in broad daylight.

Bumblebees appear to be happier in urban environments than agricultural environments. Researchers found that bumblebees in towns and cities produce more offspring, have larger food reserves, and live longer. This is due to the greater availability of flowers in people’s gardens, compared to crop monocultures found in agricultural fields, and the use of pesticides in farming killing bees. Urban bumblebees also experienced fewer invasions by parasitic cuckoo bees –  pollution in urban areas masks the chemicals given off by bumblebee colonies, allowing them to avoid detection.

Foxes are on the increase in urban areas. There are 150,000 urban foxes in England, which is roughly one for every 300 people. Total numbers of foxes have declined 42% since 1995, but numbers of urban foxes have quadrupled in that time. Foxes are declining in rural areas due to loss of prey species – rabbit numbers are declining due to disease, while earthworms are declining due to pesticide use. Hunting has also contributed to their decline. Meanwhile numbers in urban areas increase due to availability of food, habituation to human presence, and the overall expansion of urban areas.

Pigeons. There are roughly 18 million feral pigeons. Their love of cities can be explained by their ancestry. Largely descended from rock doves, they are adapted to cities buildings, which are similar to the rocky cliffs prefered by rock doves. The rock dove occasionally cross-bred with domesticated pigeons, leading to the colourful and varied plumage of city pigeons, and explains why urban pigeons seem to have no fear of people.

Hedgehogs numbers have declined 50% since 2000, and 97% since 1950. Pesticide use kills their insect prey, and habitat fragmentation reduces their ability to find food, mates, and shelter. This includes barriers between fields, and fences between gardens, as well as roads. 15,000 hedgehogs are killed each year by cars. On a less depressing note, the average hedgehog has 16,000 prickles on its back.

Blackbirds in urban areas sing at a different pitch, so can no longer breed with rural relatives. They also get less stressed, which allows them to live alongside people, cats, cars, and noise.

Seals are regularly seen along the River Thames, all the way into central London. In total, the Thames has a population of 3000 seals, including Harbour and Grey seals, which feed on the 120 species of fish found in the river.  Last year, 138 Harbour Seal pups were born in the Thames estuary. Only Harbour seals can breed in the Thames as its banks are often submerged during high tide. Harbour seal pups can swim within hours of being born, but Grey seal pups can take weeks to first enter the water. Newborn seals is a positive sign of a healthy ecosystem, which is huge progress from when the Thames was declared biologically dead in 1957.

Ladybirds. Invasive Harlequin ladybirds tend to move into homes during the cold winter months to hibernate. They are mostly harmless, and should be left alone, which is good for Hertford College residents.

Peregrine Falcons have been nesting in Battersea power station since 2000, and have returned after the refurbishment. In 2013, when the towers were demolished, the development company spent £100,000 relocating the pair to a nest in an artificial mast placed in the quietest corner of the construction site, where they have remained since.