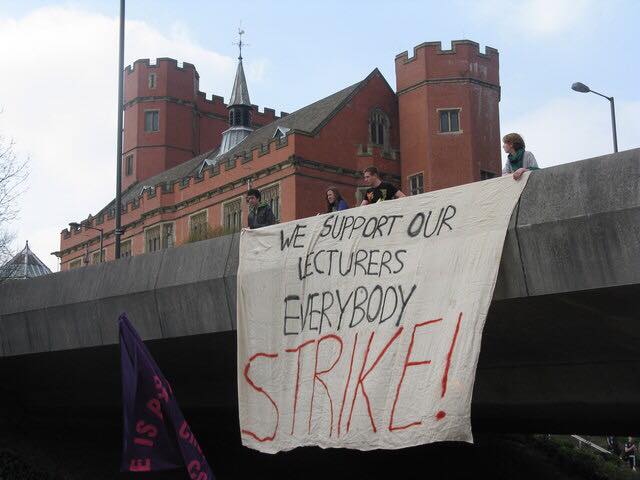 The University of Oxford has joined 51 other University College Union (UCU) institutions in voting in favour of strike action over pay and working conditions, with 74.41% of voters supporting industrial action.

The proposed strike action is a response to worsening pay and working conditions within higher education across the UK. UCU members are striking in response to the failure of pay within higher education to rise in line with living costs, and to call for more serious action to be taken by senior management to combat problems of the gender pay gap, workload and casualisation within educational institutions. Oxford UCU spoke to The Oxford Student about the need for industrial strike to be taken, saying: “all of these issues resonate particularly strongly in Oxford University”. They cited the high living costs that individuals in Oxford face, with living costs being 95% that of London. They also noted that Oxford University has one of the highest proportions of staff on precarious contracts. They told The Oxford Student: “For a university that prides itself as among the top in the world, the staff are sending a clear message that it can and should do better”.

Trade union legislation mandates that, in order for a strike ballot to be valid, there needs to be a turnout of at least 50% amongst trade union members. Oxford University UCU members achieved a turnout of 50.12% on the ballot over pay and working conditions, closely meeting this requirement.

Trade Union legislation requires that employers need to be given at least 2 weeks notice prior to industrial strike action being taken. The earliest time by which Oxford University students might be affected by strike action is therefore mid-November.

Oxford University academics participated in industrial strike last year in dispute over changes to the Universities Superannuation Scheme. UCU members were also recently balloted on changes to the Universities Superannuation Scheme, however despite over 75% of those who voted supporting strike action over this the turnout was 49.71%, closing missing the 50% turnout requirement.

The Oxford University Student’s Union President has been contacted for comment.